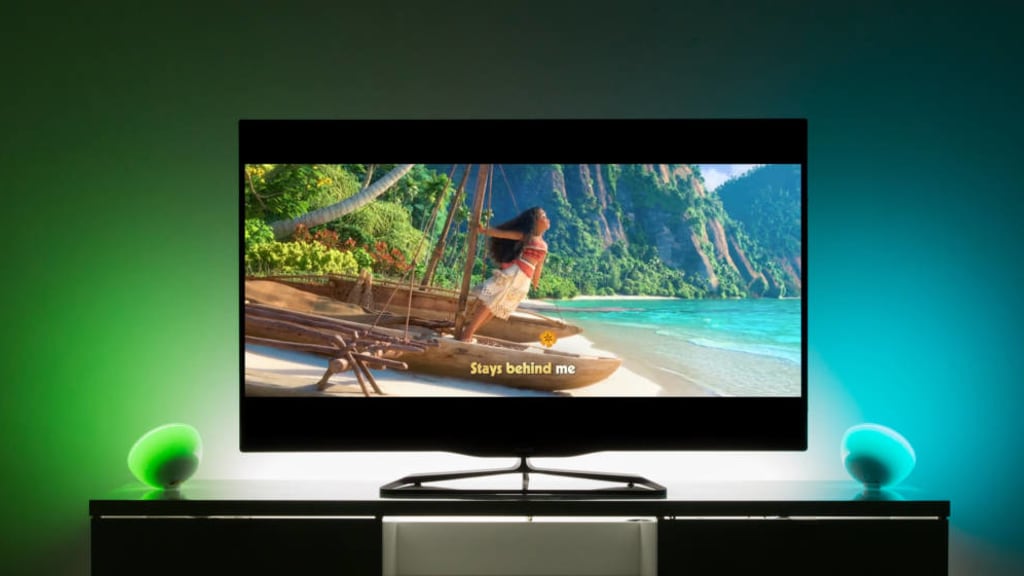 Staging a coloured light show in time with your movies, music and games, Philips Hue Sync aims to be the life of the party.

Philips is one of the smart light pioneers, with its Hue range including smart bulbs, light strips and lamps. One thing that helps the Philips Hue lights stand out from the crowd is that some of its smart lights can change colour to help set the mood, a feature which will obviously excite some people but seem like a gimmick to others.

Philips Hue Sync changes the colour of your lights dynamically to match what’s on your screen.

The wireless Philips Hue lights connect to your home network via a tiny Zigbee receiver, so you can control them using your smartphone or a smart assistant. When you’re throwing a party, you can use your smartphone’s microphone to listen to the music and run a disco-style light show.

You can tweak the intensity and colour palette to taste, but regardless the effect works best when you’re listening to music with a catchy beat.

As you’d expect, it’s more likely to impress fans of Miley Cyrus than Miles Davis. It’s easy for us Miles Davis fans to be cynical, but cue up Party in the USA and the pulsating light show does start to grow on you.

Other smart bulb makers like LifX can perform similar tricks, but the new free Philips Hue Sync feature takes things to the next level by syncing up the light show to whatever’s playing on your computer. The lights aren’t just in sync with the music playing on your PC or Mac but, after you install the desktop application, they can also change in time with the picture on the screen.

When setting up Philips Hue Sync, you need to add one or more Hue lights to your new ‘Entertainment’ group and then indicate each light’s location in the room relative to the computer screen or TV (you’ll need to use screen mirroring or a HDMI cable to get your picture to the big screen).

It’s obviously easier to arrange your lights if you have a Philips Hue Go lamp or Lightstrip Plus that you can move around the room, rather than just Hue bulbs hanging from the ceiling. 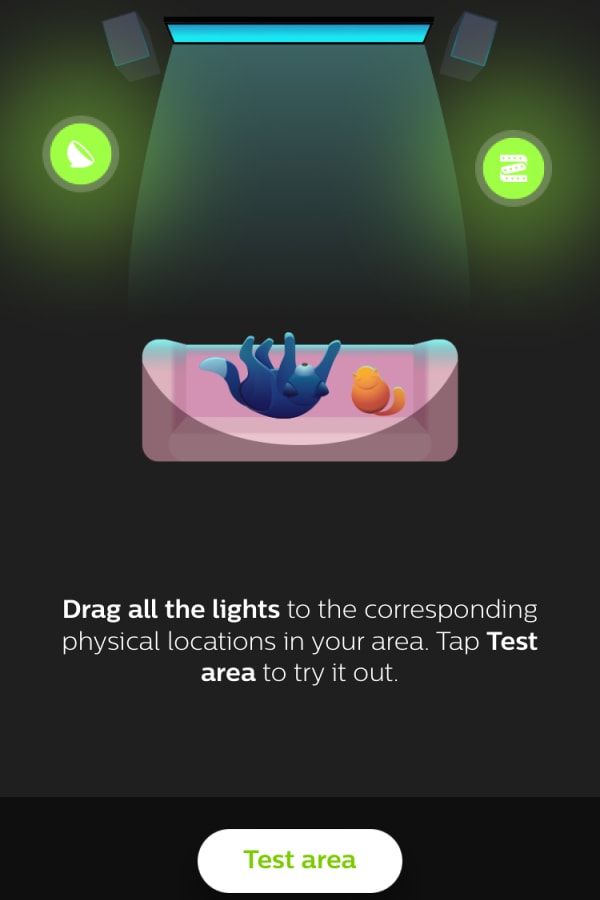 The mobile app lets you set the position of your lights

It’s worth noting that the 2-metre Hue Lightstrip Plus can only display one colour at a time, so if you run it behind the television you won’t get orange light from one end and red light from the other.

You’re not limited to any particular music or video service, as the lights pay attention to whatever’s playing. While in movie mode, they can also listen to the movie’s soundtrack.

All this might sound familiar if you’ve heard of Philips’ Ambilight televisions, which shine coloured lights on the rear wall as an extension of what’s on the screen; supposedly to help the screen look larger if you’re feeling a little insecure in the lounge room. It’s quite effective during atmospheric scenes like sunsets, but most of the time it just feels like a pointless distraction when you’re trying to become engrossed in a movie.

Along with Music and Video mode, Philips Hue Sync also offers a Game mode which works with any app by following the action on the screen and listening to the soundtrack.

Once again, the effect works best with atmospheric games with lush environments. While the lights can distract from movies, they actually help make games feel more immersive. Even better, Hue Sync is compatible with the Razer Chroma gaming accessories which also have built-in lights that sync up with the action on the screen.

Obviously Philips Hue Sync isn’t for everyone, but if you’re looking to add a splash more colour to your entertainment then it might find a place in your home.