If Wakanda Had World Cup Uniforms, They'd Look Like This 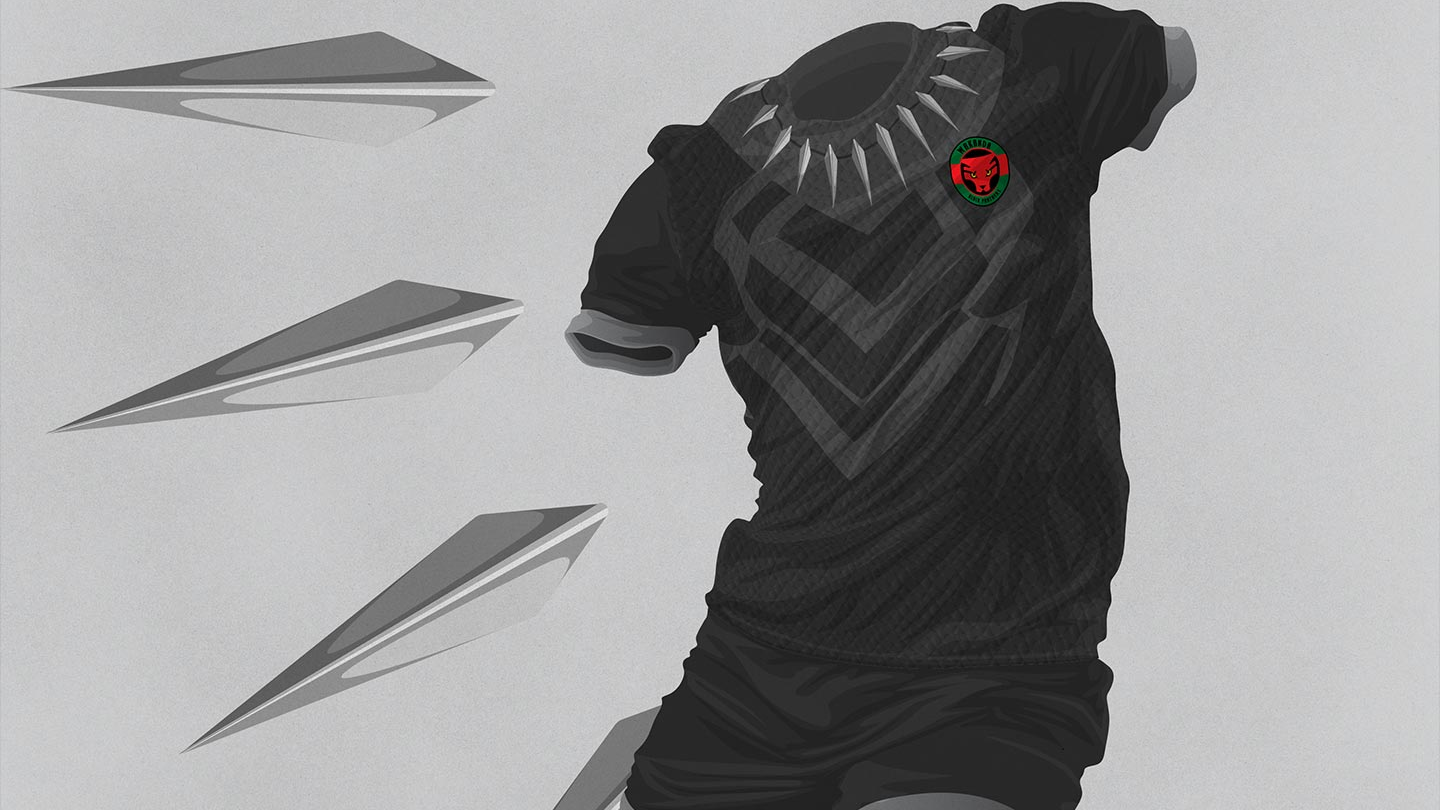 With Wakanda getting more involved in the affairs of the world after the events of Black Panther, one has to imagine major sports events are on the agenda, right after sharing advanced technology and helping the planet survive alien cataclysms. Which means it's probably time they put together some soccer teams.

Wakanda at the World Cup. Image: Design by Mark Yesilevskiy.

Artist Mark Yesilevskiy, an illustrator and graphic designer based in Buffalo, has some uniform suggestions. Yesterday he shared a winning design for an away outfit (which are called kits, apparently? I don't really understand soccer.) based on the Dora Millaje. The team, naturally, is called the Black Panthers. 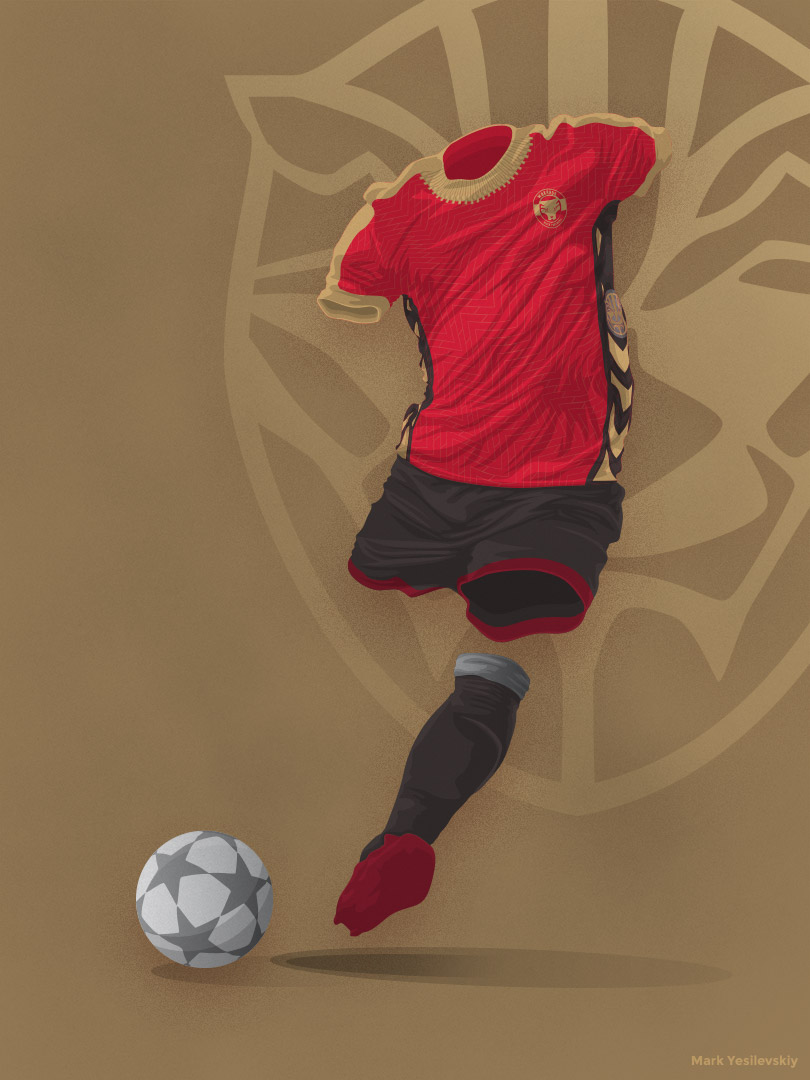 Wakanda's away outfit, just in time for the World Cup. Image: Design by Mark Yesilevskiy. 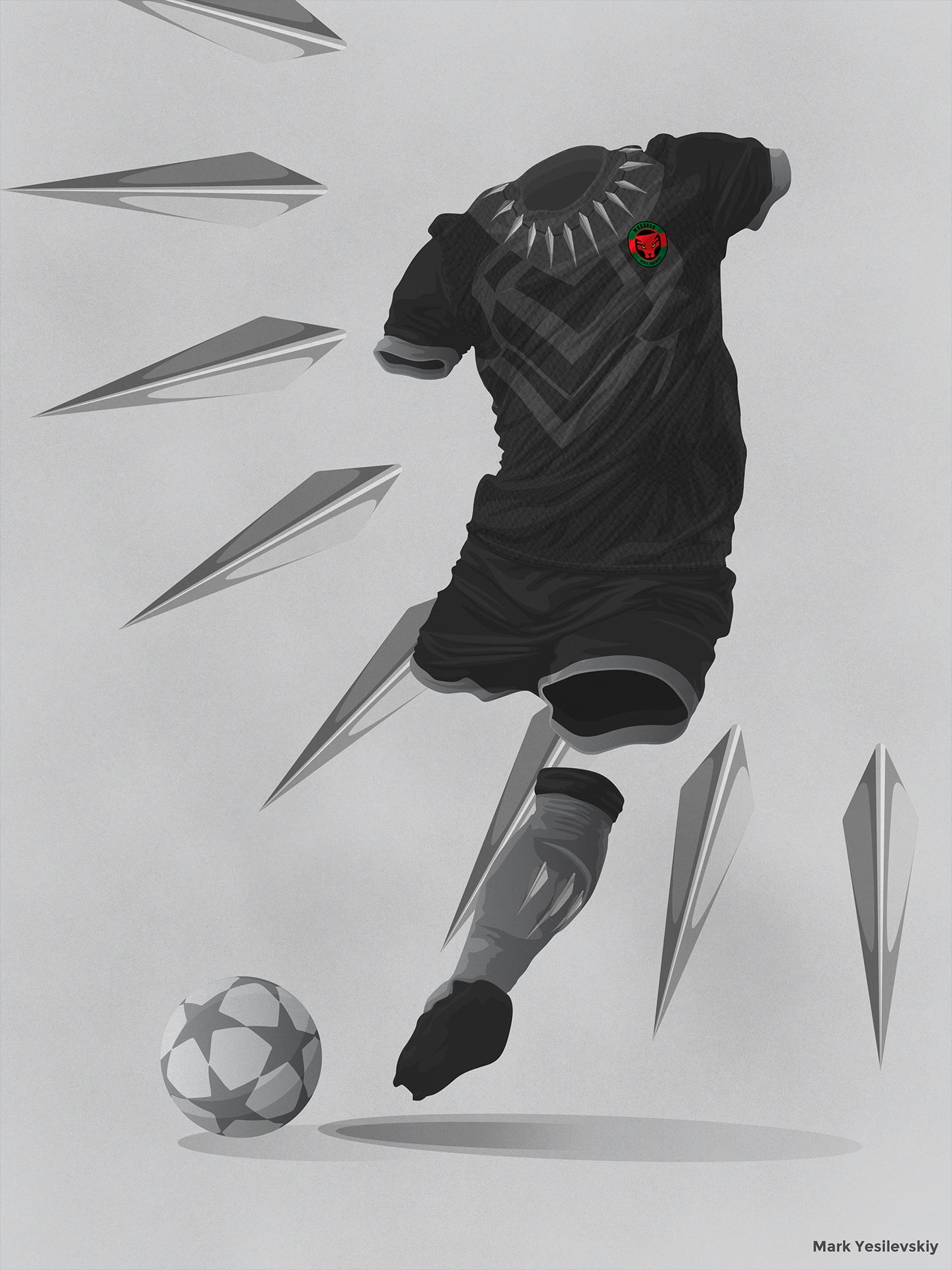 Both pieces are really sharp design, adapting Wakandan visual motifs into the familiar language of soccer uniforms. There doesn't appear to be any use for Wakanda's iconic Vibranium in the outfits, but surely Shuri can think of something.

Both of these pieces by Yesilevskiy can be purchased as prints over at his website,  just in time for the World Cup.