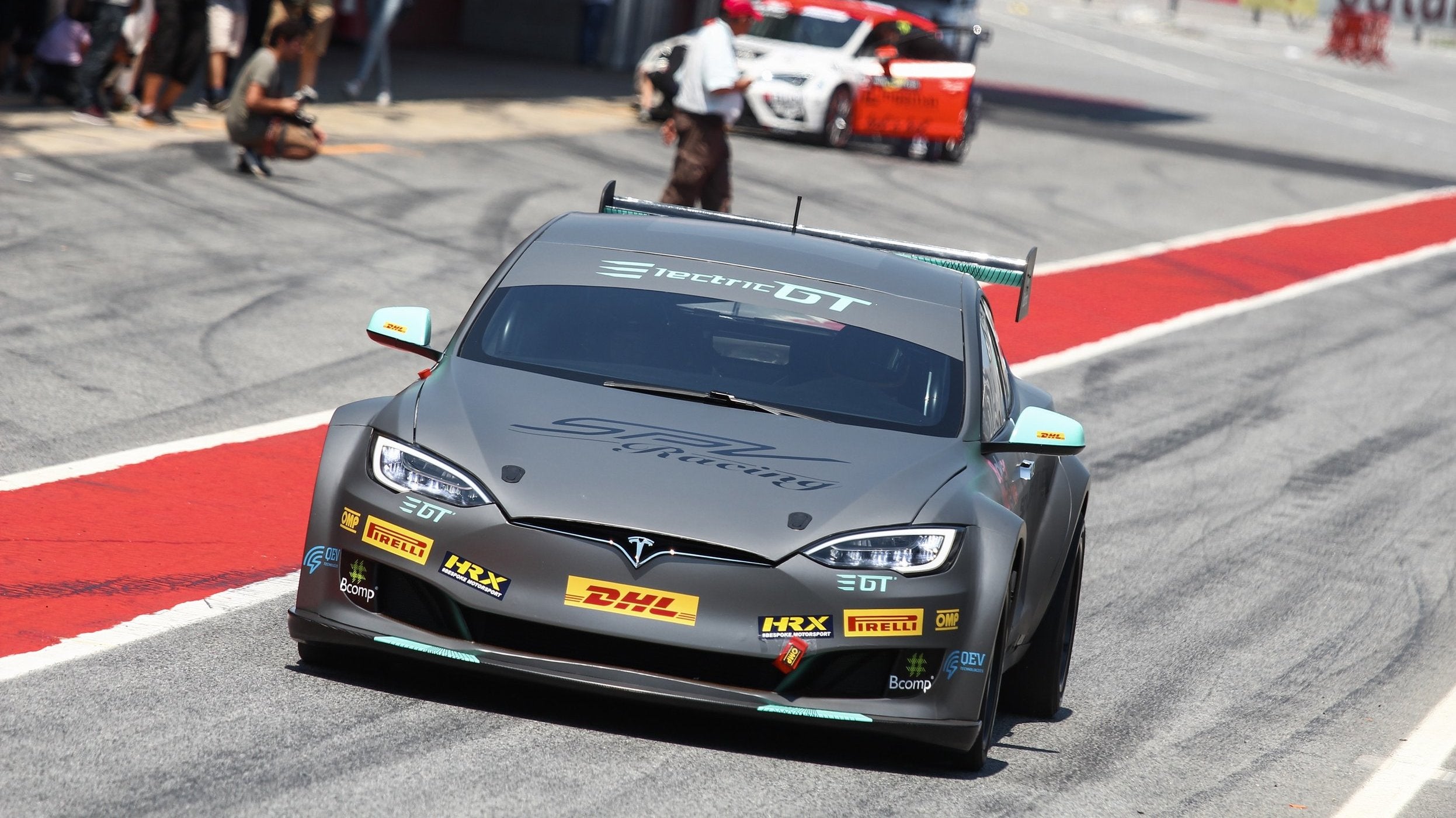 No matter how close the electric takeover of the auto industry seems, there’s always the occasional reminder that the future isn’t as perfect or as within reach as we imagine. Take this Tesla-based Electric GT Championship race car, which only made it a lap and a half at full power recently before getting too hot.

Despite production Model S cars having a reputation for not lasting long on track, that “full power” part is key, and a spokesperson from Electric GT told Jalopnik in an email that several factors contributed to this racing version’s quick return to the pits for some air.

Electric GT is a series for electric production race cars that’s been approved by the FIA, which governs dozens of international racing series including Formula One. The series uses a modified Tesla Model S P100D with 778 horsepower, and announced Monday that it wants to expand with more manufacturers and more powerful cars over the next five years.

Racer and former Top Gear presenter Tiff Needell got to drive the current car at F1 Spanish Grand Prix track Circuit de Barcelona-Catalunya, and said it’s about half a ton lighter than the street version. A spokesperson for Electric GT told Jalopnik that the car Needell was in is the race-going car, not a prototype.

But Needell’s run didn’t last long, because battery overheating sent the car back to the pits after a lap and a half.

Needell noticed a drop in power on the car and pulled it into the pits soon after, saying the heat was “having its effect” just a lap and a half in. Leaf blowers were shoved into the car soon after to bring the temperature down. Needell didn’t say how significant the power drop was while driving, but that he was pulling in since other people had ride alongs scheduled in it after he got out.

A lap at Circuit de Barcelona-Catalunya is just under 5km, meaning the car probably lasted around 8km at full power before Needell noticed the power drop. When the series announced its approval to launch earlier this year, it said rounds would consist of two races, each at just over 60km long. (Formula E will run two 101km races in New York City this weekend, with a car swap during each and with less than half the horsepower this car has.)

While the production Model S is a great track car for about a lap before it needs to cool off, too, the series spokesperson told Jalopnik there was more to it than routine overheating. The spokesperson said this was the first full day of testing at race speeds, and the car had been out all day in the heat before Needell got in.

The engineers also later found sensor issues that let the battery get hotter than it should have, the spokesperson told Jalopnik.

The spokesperson also said the technical team confirmed that the car will be able to run the race distances, but at a more manageable pace—around 470 HP will be what the cars can maintain throughout the race, with the full 778 HP available for things like overtaking. The spokesperson said each driver will have “full control” over when they decide to use the car’s full power, and that it’ll be “part of the strategy and part of the show.”

We’ll get to see how that show plays out soon enough, since the first 10-race season for the international series is scheduled to start in November.