2 years ago -
Filed to:khali the killer 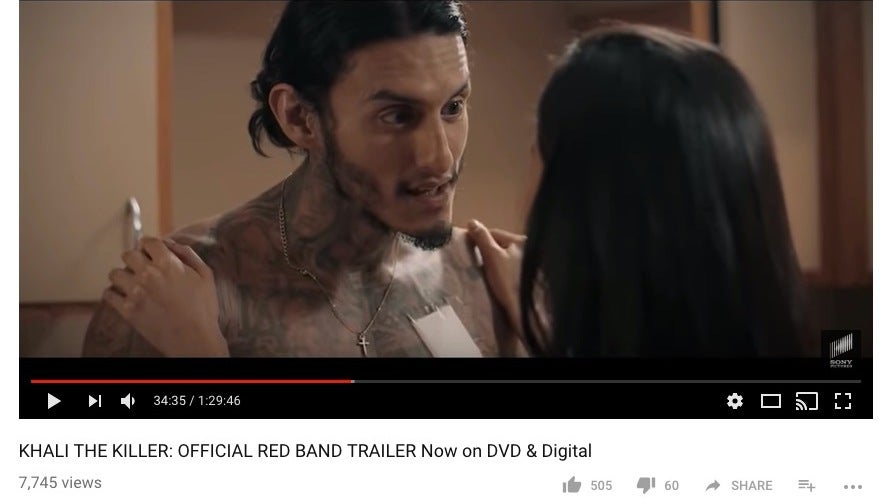 Sony Pictures Entertainment just released what may be the longest film trailer ever. The Khali the Killer official red band trailer is an hour and a half long on YouTube. That’s because it’s the entire damn movie.

Someone seems to have mistakenly uploaded the film onto the Sony Pictures Entertainment YouTube page last night. Sony’s “trailer” is now offline.

Khali the Killer was released on DVD in November 2017, according to CBR, which originally reported the apparent error. The film will show in US theatres August 31, according to IMDB.

The film is about a hitman who postpones his retirement for one last job that could help save his sick grandmother for free.

Sony Pictures Entertainment did not immediately respond to a request for comment.