Humans Are Polluting The Environment With Antibiotic-Resistant Bacteria

Fujifilm’s Flagship Camera Can Now Be Used In Crime Scenes and... 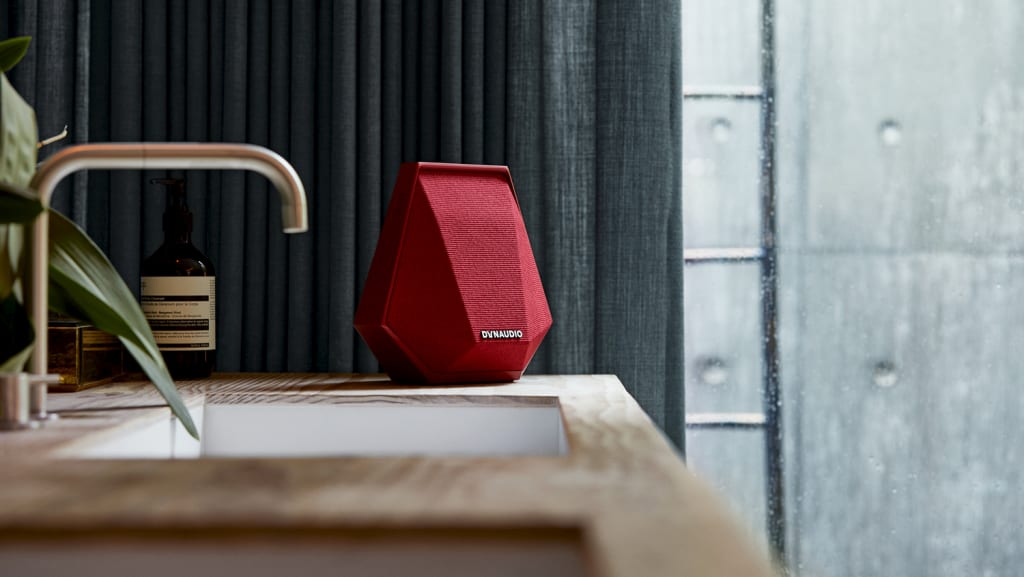 I dunno. I guess It’s kind of reassuring that the app for Dynaudio’s new portable speaker, the Music-1, is not so great. Dynaudio has always put sound quality first and the app, which was seemingly put together when the marketing department told the engineers that every other portable speaker has an app, proves that sound quality is still the priority in Skanderborg, way up there three hours north of Copenhagen.

App-schmapp, forget the app. This is a terrific little speaker. And so it should be for $699, a price that’s way more than the top offering from Bose and right up there with B&O’s lunchbox-like Beolit 17. And that’s okay, it eats both of them.

The Music-1 is in dire need of a handle, but beyond that it’s pretty much perfect.

Photo: Supplied
For a start it’s solid and beautifully made, which is more than can be said for the vast bulk of portable speakers. It’s also interesting to look at, and you have your choice of red, blue, light grey or dark grey. It contains just a 10cm mid/bass and a 2.5cm tweeter, but it handles full range music beautifully.

Lots of flexibility too. There’s Airplay, internet radio that can be selected by genre, Bluetooth AptX, a USB and a 3.5mm input. It comes with a nine-month subscription to Tidal, enhanced by Dynaudio’s own Music Now algorithm that recognises your tastes and provides music appropriately.

But you’ll buy a Music-1 because it sounds great. It has a highly dynamic top end that adds a lot of resolution and cut-through to the sound, but there’s plenty of mid and bass in there too. It doesn’t go loud enough for a big party but it will handle a small one, and there’s no hint of distortion anywhere, even when there’s a heap of bass running. And the sound is spacious enough that you occasionally have trouble pinpointing its location, especially when there’s other stuff going on.

That’s because of an interesting feature called Room Adapt, with which the speaker tailors itself to its surroundings. Doesn’t matter if you back it in to a wall or leave it in a corner or have it all by itself on the garden table as you hang the washing, it tailors the sound profile to where it is. This gives it a sound that, while certainly not stereo, can get remarkably spacious and room-filling. This spaciousness can vary noticeably, even in a single piece of music. Try the Oils with US Forces; the vocals concentrate around the speaker and when the guitars crash in the sound spreads out again.

It does this by listening to itself through an inbuilt microphone. And it goes further, listening to ambient noise and making adjustments to its own levels as a result. The biggest proof that it works is that unless you’re paying attention you don’t notice this happening. Unlike other speakers with microphones it won’t call up Alexa or Siri, and it won’t eavesdrop on you either. Or share your data.

So what about the app? Well first of all I couldn’t find it searching the App Store, as suggested, so I had to go into Dynaudio’s site and find a link to bring it up. Getting it to tune into my musical preferences took a long time because I’m not into popular music, and getting around it was unintuitive and a bit frustrating. But I liked the ease of choosing internet radio stations.

Another thing; the Music-1 needs a carry handle.

The rechargeable battery lasts for up to eight hours and, if you have $1400, two of these can be set up as a stereo pair.