For those who have remained blissfully off of Twitter, a site that remains uncomfortably popular with sociopaths and morons like me, the “ratio” is when a tweet is so bad that the number of retweets and favourites it accrues becomes greatly outnumbered by hostile replies. It is one of the few beautiful things about the site, a poisonous rose growing on polluted soil, or at least an injoke that hasn’t been completely run into the ground yet.

This weekend in ratios we have a jaw-droppingly bad op-ed in Forbes explaining that the age of the crusty old library is dead, and instead of them, we should all get Amazon. Not some kind of Amazon-like digital public library, or even Amazon Prime itself, mind you, but physical Amazon Books retail locations. Titled “Amazon Should Replace Local Libraries to Save Taxpayers Money,” it is written by Long Island University Post economics professor and seemingly prolific Forbes contributor section writer Panos Mourdoukoutas.

Amazon Should Replace Local Libraries to Save Taxpayers Money via @forbes https://t.co/weDGYAqjTS

Mourdoukoutas writes that the government should stop funding libraries in part to save taxpayers a vague (and within the article, never quantified) amount of money and also to jack up Amazon’s stock price for some reason:

Amazon should open their own bookstores in all local communities. They can replace local libraries and save taxpayers lots of money, while enhancing the value of their stock.

Then, over the course of several pained paragraphs, Mourdoukoutas belaboredly explains that there “was a time local libraries offered the local community lots of services in exchange for their tax money,” including allowing book-borrowing, providing “a comfortable place they could enjoy their books,” “friendly librarians,” and hosting events. The professor continues to explain that Starbucks, an overpriced coffee chain notable mostly for its ruthless expansion and correlation to gentrification, fills most of the dual roles of a library:

Libraries slowly began to service the local community more. Libraries introduced video rentals and free internet access. The modern local library still provides these services, but they don’t have the same value they used to. The reasons why are obvious.

One such reason is the rise of “third places” such as Starbucks. They provide residents with a comfortable place to read, surf the web, meet their friends and associates, and enjoy a great drink. This is why some people have started using their loyalty card at Starbucks more than they use their library card.

One might use their loyalty card at Starbucks so often because they’re buying coffee, but hey.

Mourdoukoutas then makes another astonishing logical leap, claiming that because Amazon Books offers both books and coffee, it is a replacement for both libraries and Starbucks:

Of course, there’s Amazon Books to consider. Amazon have created their own online library that has made it easy for the masses to access both physical and digital copies of books. Amazon Books is a chain of bookstores that does what Amazon originally intended to do; replace the local bookstore. It improves on the bookstore model by adding online searches and coffee shops. Amazon Go basically combines a library with a Starbucks.

Amazon does not have an “online library.” It has an store. These are entirely different ways of providing access to things. As the New Yorker noted, Amazon Books retail offerings are seemingly determined by algorithm to push content already selling well on Amazon, not variety or access to information. As for its “online searches,” they are for searching Amazon’s catalogue of things for sale, not for the general searching of the internet by the public or accessing library-linked projects like Overdrive, Kanopy, and Hoopla that allow free digital borrowing.

Additionally, what the professor is describing—a digital catalogue and coffee—could apply to almost any modern book store chain. So it’s unclear why Amazon is uniquely more suited to replace the library than any other book store, other than that it has gutted those stores’ business model so thoroughly that it faces no real obstacles just replacing them with the equivalent of giant Amazon advertising kiosks.

Finally, Mourdoukoutas reiterates that ending libraries and their “tax fees” (???) would save taxpayers money. Again, this completely disregards that if libraries were not much cheaper for a large slice of the public, particularly those who are financially disadvantaged, than buying individual copies of their own books, they would not exist. He also hammers home that it would “enhance the stockholder value of Amazon,” which is already among the richest companies on the planet, rapidly getting richer, and is not going to offer any of the numerous additional services that libraries offer for free because that would cut into its gluttonous profits:

At the core, Amazon has provided something better than a local library without the tax fees. This is why Amazon should replace local libraries. The move would save taxpayers money and enhance the stockholder value of Amazon all in one fell swoop.

Everything in this op-ed—from its apparent cluelessness as to what libraries actually do to its clunky, five paragraphs format-esque writing—is a priceless gift to the Ratio Gods. Mourdoukoutas has spent the last day being continually clowned on by hundreds, if not thousands, of users on Twitter.

Fun fact about getting books from Amazon: You have to pay money for them.

Anyway, I'm off to pick up my library holds.

The fact that a professor is advocating replacing libraries with Amazon for the sake of pageviews and retweets is morally and intellectually bankrupt. Please tell your university librarian that their students would be better off using Amazon for research instead of their library.

Libraries are not simply book repositories they are a place where communities can come together, exchange ideas and tackle local issues. A Starbucks or an Amazon store do none of these things.

no it shouldn't, you moron

1. This is my local library on a Sunday. It's so crowded it's hard to find parking.
2. Many libraries allow you to download e-books, streaming music and mags from their website.
3.I often check out $200 worth of children's books for my son. That alone is worth my tax money. pic.twitter.com/Wcf5CP8Hx8

So when's the last time you went to a library? Did you know that they run code clubs? Literacy programs? Cooking classes? 3D printing maker labs? Did you know that school auditoriums aren't easy to rent (or cheap)? Whereas we're free to EVERYONE? https://t.co/PNMfLdncGk

This article is an insult to logic and reason. Yes, I read it. Pretending that library taxes outweigh the cost of paying for books is insane and you should be ashamed of yourself.

Libraries are beyond value, sir. They are often the beating hearts of the communities they serve and have always been one of the best uses of my tax dollars. There can be no debate on this worth having. pic.twitter.com/u3VRAaIS5q

What is wrong with you, that you can't stand the thought of people having free access to everything a library offers? I get more out of my tax-funded @lawrencelibrary than you could ever imagine.

Libraries are so much more than book warehouses. If you don’t know there’s more to the world than monopolistic retail transactions, I pity you.

You didn’t research modern libraries at all did you? Did you go to any libraries or go to their webpages to look at their jam packed programming schedule?did you get any statistics? Because it looks like you should have used the local library to fact check yourself first.

Y’all just don’t want people without a lot money/privilege/access to have anything huh?

The paltry ass .02% of your check (I’m being generous) is just too much for a person to have access to books, computers, classes, or a quiet space to go after school, yeah?

Yes, Professor Mourdoukoutas. “Taxpayers” aren’t a monolithic entity which makes your foundational premise of “It is good that taxpayers will save money if libraries are abolished” illogical. Taxpayers that don’t use libraries will save, but those that do won’t (c @gwenckatz) 1/?

I worked at a library. They are a community-facing center of PUBLIC GOOD, bridging the people with information and entertainment. Librarians are BOOK WIZARDS and reference librarians are INFOSORCERERS and we must protect libraries as a precious resource.

Historically those with power overtly protected their position by keeping oppressed communities illiterate. This idea is a modern reincarnation. Libraries serve POC, the poor, etc. They are where people apply for citizenship, register to vote, access social programs. https://t.co/4BGS3yhorz

It wouldn't save taxpayers a dime, & would harm marginalized communities. It is clear you haven't been in a library & assume that means no one else goes to them. https://t.co/NC8rKGKNH3

A leading indicator for me that you're probably a real asshole is whether you think libraries should be shut down and/or replaced by corporate retail outlets.

This is the only proper response to that terrible "Amazon should take over public libraries" piece in Forbes: pic.twitter.com/Jl7NJZ5ZRI

Even libraries began yelling at the professor:

Delete your account. Our numbers (visitors, circulation, programs held and attendance) have soared over the past few years. We are our small town's community center and its heart. #stillrelevant #checkyourprivilege

Our service area population is 18K. Last FY we averaged almost 15K visitors EVERY MONTH. And we circulated over 220K items.

Maybe @Forbes doesn’t like that you can download their magazine free with your #SF library card. https://t.co/vqQk1BDMZE

Here’s what is actually going on here. While public libraries do often get state and federal funding or grants, they are usually funded out of local taxes, of which the biggest slice is usually property taxes. The richer you are, the more likely you are to own a big property subject to higher taxes. As Mourdoukoutas made clear on Sunday evening in yet more tweets that are receiving the ratio treatment at this very moment, his gripe is that he pays $US495 ($668) a year to fund his local library out of his property taxes. In his estimation, it is better that no one have access to the rich range of services offered by local libraries than he and others with properties roughly as valuable as his pay roughly $US40 ($54) a month.

Let me clarify something. Local libraries aren't free. Home owners must pay a local library tax. My bill is $495/year.

@gwenckatz Local libraries aren't free. Homeowners have to pay a local library tax. My bill is $495/year. Most people do not read enough books to justify the cost.

Do any of us really want to pay taxes? Duh, no. Do most reasonable people agree that to fund communal services that benefit the entire public, the government should pool a slice of their income and wealth every year? Yes. For example, we have generally agreed that fires should be put out by government-provisioned and -trained professional and volunteer firefighters instead of whoever happened to be standing nearby with a bucket.

What is not amusing about this article is that, despite being a very bad idea, in an era defined by government at all levels largely curtailing to the demands of corporations and the rich by slashing public services, an Amazon kiosk replacing your local library is at least somewhat plausible. The president called for zero federal funding for libraries in his budget proposal, state and local funding has been precarious in many states, and the number of school libraries has been plummeting. That’s despite the fact that most people who actually use them are in complete agreement on their value. 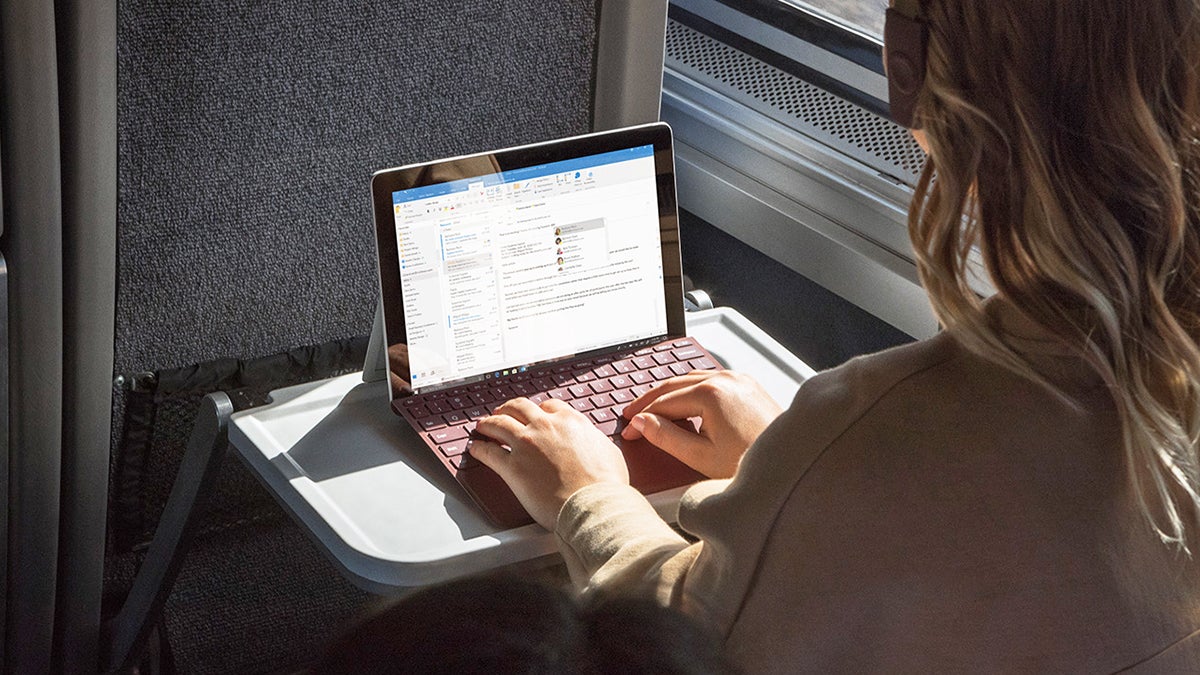