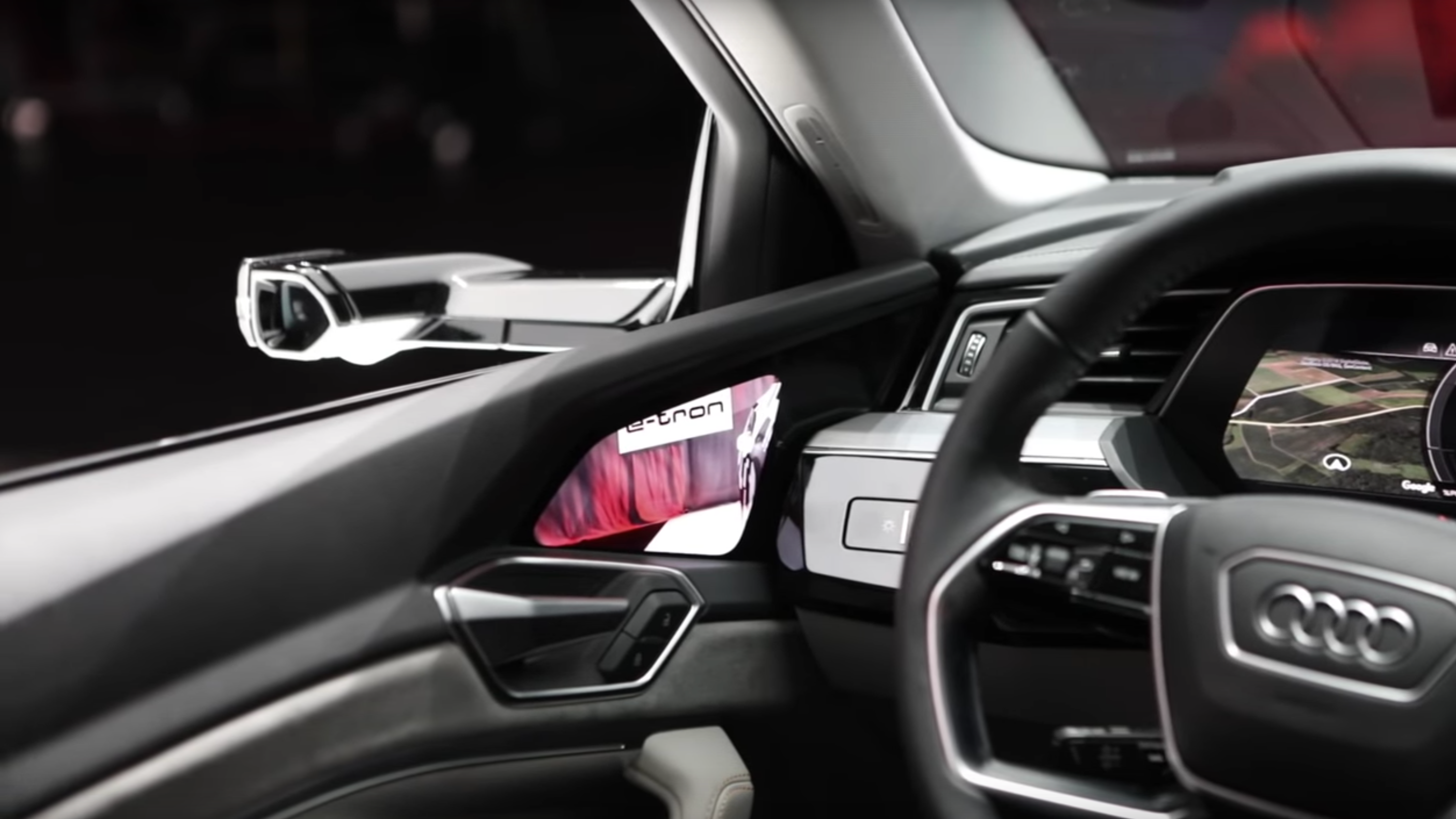 We’ve been seeing concept cars featuring cameras in place of traditional side-view mirrors for what feels like forever, and here’s another one! The Audi E-Tron SUV concept has them too, and these are probably the closest to a production set up we’ve seen so far.

I’m still not convinced replacing a perfectly fine mirror with a an entire camera and screen system is necessary or even wise, but seeing Audi’s latest tech in practice has brought me around to think that this won’t be a horrible idea.

Here’s about two minutes of fancy video from Auditography on YouTube for the electric concept SUV, with about 20 seconds of nice virtual side-view mirror action at the end:

The placement of the seven-inch touchscreen panels is logically just beneath where the side-view mirror would normally be, and it seems bright and clear enough to suitably show the driver what’s going on outside.

It being adjustable by touch is interesting and seemingly intuitive, if perhaps just a little bit fidgety. There’s also preprogrammed camera settings for parking, turning and highway driving. The system does seem just that much more adjustable than a traditional mirror, and I’m surprised at how functional it seems to be.

I was going to say that the size of the external camera setup seems a little large for what I imagined possible given some of the concepts we’ve seen, but it’s ultimately smaller than a mirror, which is actually why Audi is going through all this trouble.

Audi claims a major reason behind its development of this side-view camera technology is the reduction of wind noise in the cabin for its electric vehicles. Old rudimentary mirrors make a lot of noise when the car is driving down the road, and it would be even more prevalent and potentially annoying in an electric car which has no engine noise.

The 2020 Audi E-Tron SUV with have 429 horsepower with a range somewhere around 250 miles (according to the European test cycle) from a 95 kWh battery pack.

Despite current lobbying efforts by the automotive industry, the system will go into production on E-Tron models sold outside of the U.S., and we’re stuck with the large, noisy mirrors. Give us time, we’ll catch up.