We're Almost Certainly Getting Some New AirPods, But What Will They Be? 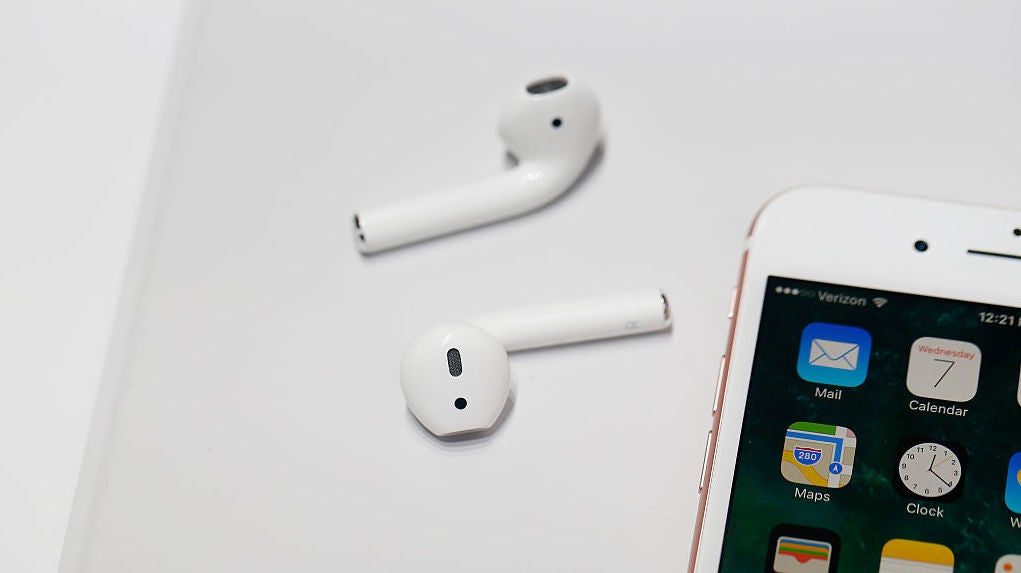 A new report from Bloomberg claims that Apple, after the runaway success of its AirPods, is working on more than one addition to its line of headphones. A new pair of higher-end AirPods are rumoured to debut in 2019, along with a pair of over-ear headphones. That's a ways away, and Apple still owes us a few previously announced products, but the thought of some new wireless earbuds has me pretty excited about Apple's in-house audio line.

It also means I should probably start saving up now, because Apple's reportedly going to charge a premium for its most interesting upgrades.

We've heard talk of updated AirPods in the past, mostly dealing with the internals. But Bloomberg's Mark Gurman says Apple's more premium pair of upcoming AirPods will have a few additional amenities, adding to the already steep $229 price.

The premium AirPods will reportedly be water resistant (but not meant for activities such as swimming), and feature noise-cancellation support, which requires some sort of a seal that could make these earbuds exercise-friendly. They may also contain biometric sensors for detecting heart rate.

Bloomberg says there will be an update to Apple's regular AirPods, too, which will reportedly include hands-free Siri support, as well as an updated wireless chip. Let's hope it also includes that wireless charging case previously announced by Apple in September. Oh, and an AirPower charger would be nice as well.

What's most interesting is Apple's potential third pair of upcoming headphones. Apple might indeed be working on some new over-ear headphones, priced higher than the offerings from Beats, the headphone maker Apple purchased in 2014.

According to MacRumors, a report from KGI Securities analyst Ming-Chi Kuo in February claimed that Apple's premium over-ear headphones would incorporate aspects of the AirPods (most likely the custom Bluetooth chip) while sounding better overall. They will apparently be Apple-branded and marketed as premium cans.

Apple's had mixed success when it comes to audio. Despite being the creator of arguably the most iconic music player in recent memory, Apple's Hi-Fi speaker didn't exactly take off, and as far as we know, the HomePod hasn't exactly been flying off the shelves. When it comes to Apple's wired EarPods, you'd be hard-pressed to find someone who actually enjoys using them.

Even so, Apple's AirPods are an all-around hit, even if you're not a fan of the less-than-stellar audio quality.

As someone who uses his pockets like a bag of holding, the AirPods diminutive size compared to some wired earbuds or folding Bluetooth headphones can't be beat, especially if you like to travel light. But the case could do a little more heavy lifting when it comes to indicating things such as battery life or connectivity, and the AirPods themselves would greatly benefit from an easier way to switch between devices like your smartphone and computer.

With Apple apparently gearing up to drop a whole line of headphones on us, let's hope they don't destroy what's made AirPods so lovable in the first place. Additions such as noise-cancellation or water resistance are icing on my metaphorical cake, and could add up to the perfect pair of wireless earbuds. It could also alter what people like about AirPods: They're so dang tiny!

Just one more request before you start building what could be my dream headphones, Tim: Can we get them in a few different colours? White is a little played out.