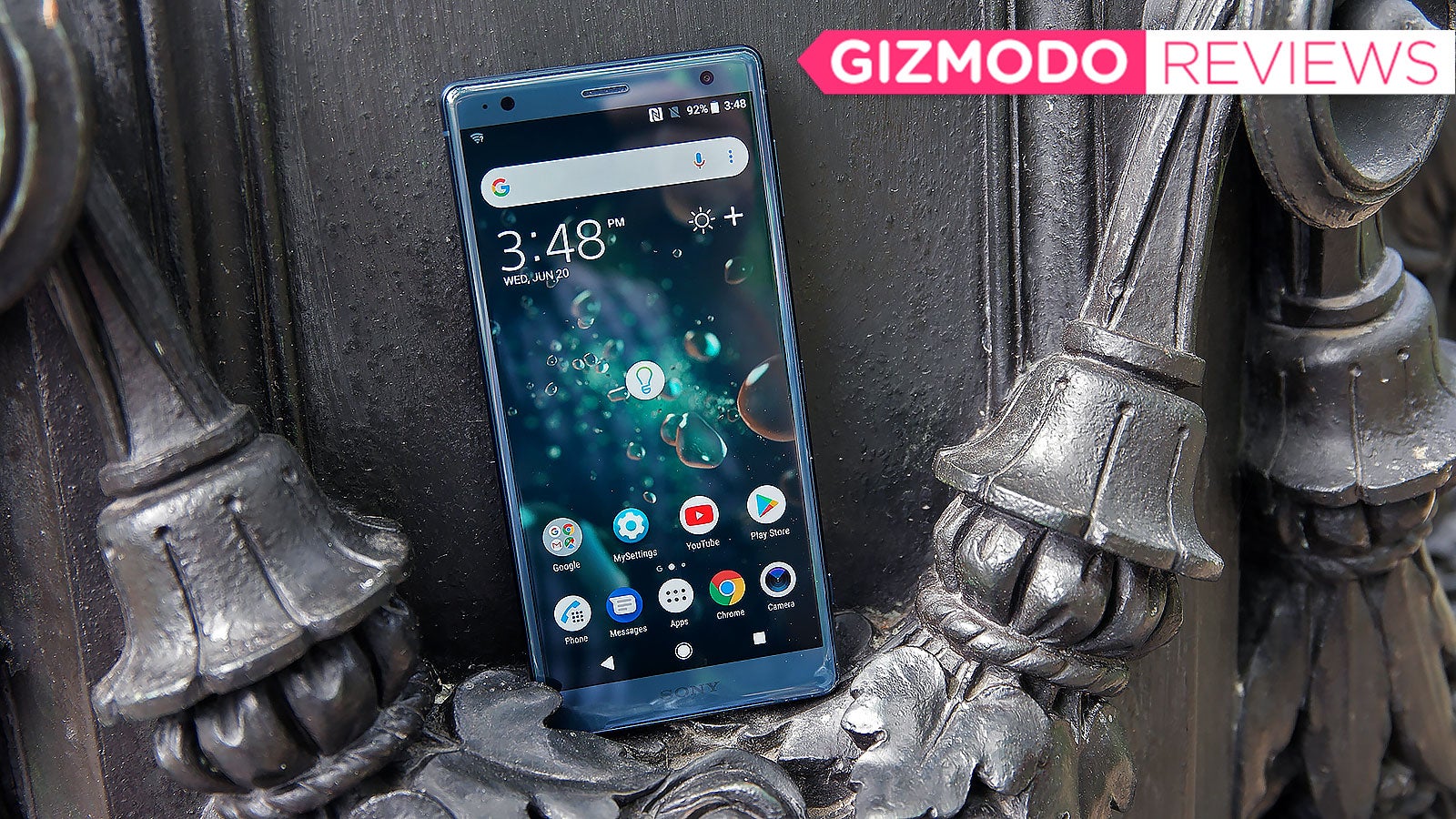 The Sony that many people think of, the electronics giant that made the Walkman, the Discman, the Trinitron, all those Vaios, and even the first water-resistant phone back in 2013, it doesn't really exist anymore. Sure, the Playstation 4 is doing great and Sony's mirrorless cameras are some of the best on the market, but many of Sony's other gadgets like Blu-ray players, TVs, and especially phones have been on the decline. And when Sony's new CEO Kenichiro Yoshida talked to investors in late May, he said the future of Sony rests upon three main categories: services, semiconductors, and robotics/AI.

That message implies Sony could soon be on its way out of consumer tech, which would be a real tragedy from a gadget standpoint, but also a loss because after years of lacklustre phones and an overly aggressive release cycle, Sony Mobile is finally turning things around, and the new Xperia XZ2 is proof.

Without completely abandoning the boxy, minimalist styling of previous Xperia phones, by shaving down its bezels and going with a new 6-inch 18:9 LCD display, the XZ2 looks relatively modern while avoiding features like a notch at the top. And around back, the phone feels even better, because the rear glass panel sports a subtle curve that stems from Sony's new Ambient Flow design philosophy, which lets the XZ2 nestle in your hand as if it was always meant to be there.

Sony has even switched up the placement of the phone's fingerprint sensor, which now rests on the phone's back instead of its side like on previous Xperias. Unfortunately, its new home almost smack dab in the middle is so low down, that even after a couple weeks of using it, I still found myself trying to unlock the phone by touching the rear 19-MP camera instead of the actual fingerprint reader.

Below the screen, a small speaker slit works with the phone's earpiece to deliver true stereo speakers with impressive quality and ample volume, even if max output is slightly less than what you get from a Galaxy S9 Plus. But what might be the best part of the phone is Sony's new haptic vibration engine that feels less like the weak arse buzz you get from typical phones, and more like the rumble you feel on a Playstation 4 controller. Obviously, it works when your playing games to add an extra level of immersions, but it also works anytime you watch a video or listen to music, and can be adjusted from a little wiggle to a full-on attempt to shake the shit out of your hands.

And on the inside, the XZ2 has all the important flagship phone areas covered. It's got a Qualcomm Snapdragon 845 CPU, 4GB of RAM, 64GB of storage, a microSD card slot, a USB-C port for charging and data transfer and even support for Qi wireless charging. Sony also made sure to include a decent-sized 3,180 mAh battery, which let the XZ2 last 10 hours and 42 minutes on our rundown test, far better than the 9 hours I got wit the LG G7, though not quite as good as the Pixel 2 XL's 11:17 or the S9 Plus' 12:27.

Click through for more close-up pics of the XZ2.
I’m still a big fan of that dedicated shutter button towards the bottom of the XZ’s right side.

Really, the only feature the XZ2 is missing is a headphone jack, though with Samsung, LG, and OnePlus seemingly the only phonemakers refusing to fully embrace our Bluetooth audio future hell, it's hard to fault Sony too much for not including a 3.5mm port.

Sony even kept the XZ2's dedicated two-step shutter button, which remains an absolute joy to use for anyone like me who often longs for the tactile controls found on real cameras. And then there's the XZ2's camera quality in general.

Despite Sony being the company that manufactures the lion's share of camera sensors found in today's smartphones, recent Xperias often had a hard time keeping up with image quality from phones made by Samsung and others. But the XZ2 is different, because on top of sporting a 19-MP rear camera that's higher resolution than the typical 12-MP cams used in competing phones, the XZ2 is the first phone that supports 4K HDR video capture, and like the Galaxy S9, the XZ2 also has a 960 fps slow-mo.

More importantly, in a side-by-side photo comparison, the XZ2 was never far behind the Galaxy S9 Plus, and on a few occasions, produced pics with more accurate colours. Take for example a photo taken at a swanky outdoor working space where the XZ2 avoided the overly yellow colour cast captured by the S9 Plus, or another shot in low-light at a local restaurant that made the food simply look more appetizing.

Note: Photos from the XZ2 have been cropped slightly to match the S9+’s 4:3 aspect ratio.

However, during my testing, I noticed that the XZ2 also tends to amp up red tones, even past the already the saturated hues produced by Samsung's cameras, a quirk that was most obvious when I snapped a pic of some strawberries at a farmers' market. And in more challenging situations like a pic shot at sunset, the S9 Plus' better metering and dynamic range did more justice to the swirl of colours in the sky. In fact, my biggest pet peeve with the XZ2 is the way it doesn't fully show details in the camera's viewfinder until you press down on the shutter. It's kind of like the texture pop-in you sometimes see when playing video games on a console, as if the photo is so sharp, the phone can't display everything in full detail until you just before you snap a pic.

But those are really only minor quirks for a phone that at $1,099, is almost $300 less than a Galaxy S9 Plus. And even though it's not as sleek or pretty as Samsung's device, and its LCD screen lacks the vivid colours of the S9's OLED display, there's something attractive about the way the XZ2 feels like its found it's niche. When I first talked to Don Mesa, VP of Sony Mobile's US division, he said the XZ2 "feels like a reset," and it shows. 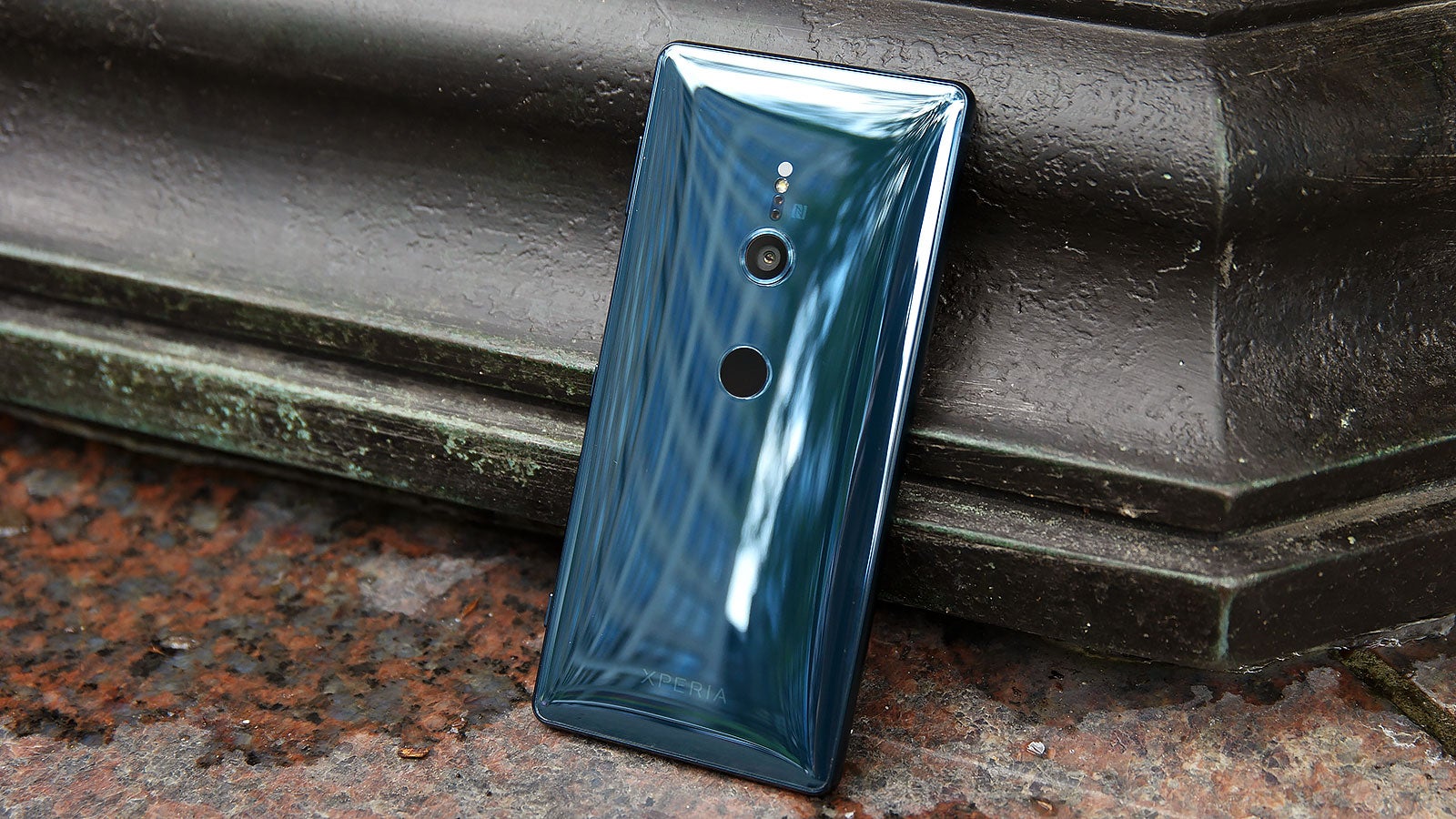 The XZ2 demonstrates that Sony has finally latched onto important trends of modern smartphone design, but without chasing things like notches that often make it hard to differentiate a lot of recently released phones. The XZ2 still has its own style, its own rumble-powered shimmy, and with Sony paying more attention to things like software updates (the XZ2 is even part of Google's Android P Beta program) and photo processing, it'd be a damn shame for Sony to give up on phones now.

And while I didn't get a chance to fully review the XZ2's smaller sibling, the XZ2 Compact, it's important to mention that Sony is pretty much the only phone maker that still cares about making small phones with high-end components. If there was an award for the most improved smartphone maker of 2018, it would have to go to Sony and the Xperia XZ2.