The Futuristic Lamborghini Marzal Concept Got A Second Life At Monaco 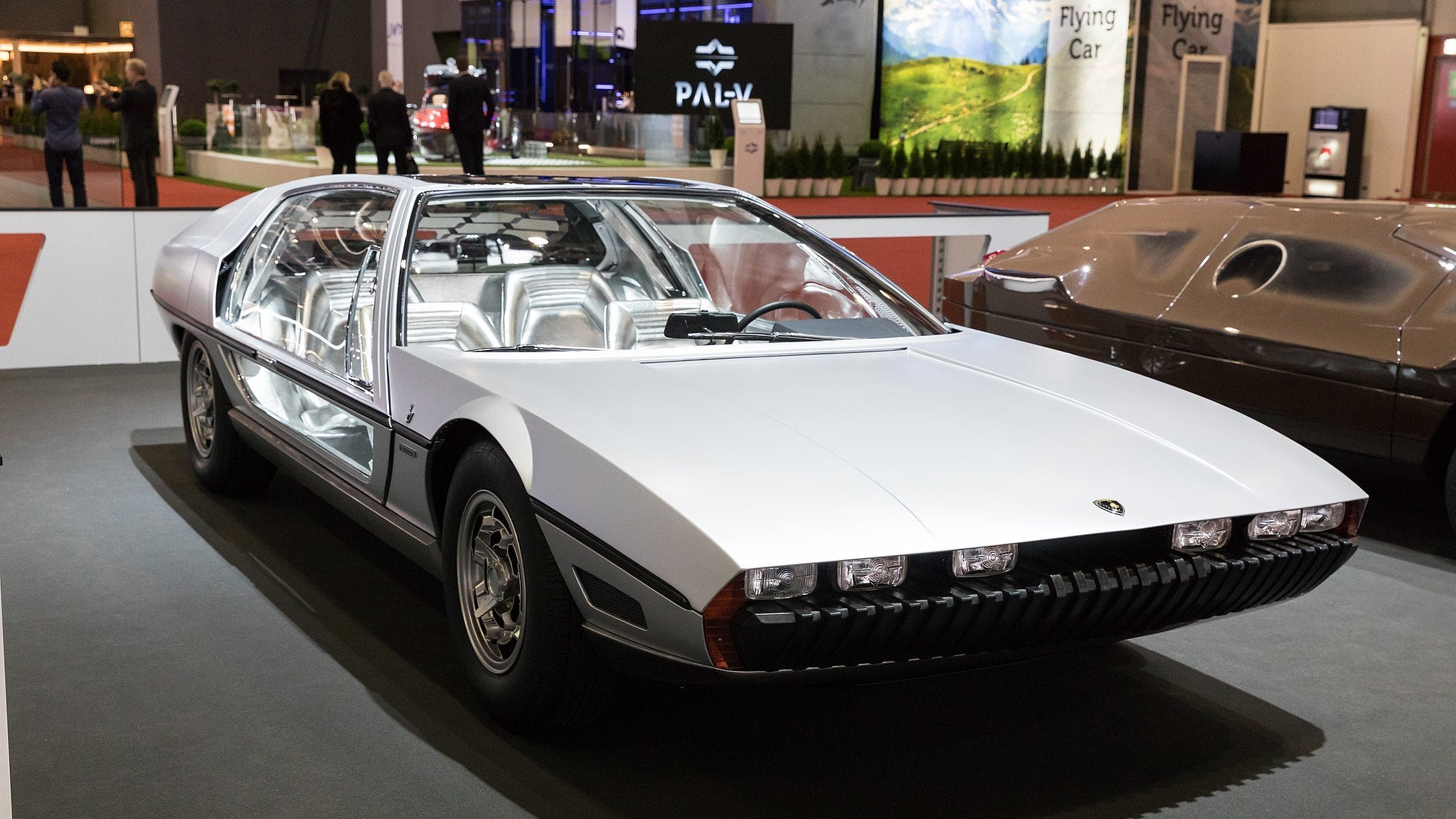 The only thing cooler than old concept cars is old concept cars that get a second life. The Lamborghini Marzal is one of those cars, and it took to the track on May 11-13 for the Monaco Historic Grand Prix for the first time since its sole outing in 1968 at the actual Monaco GP, driven by Prince Rainier and Princess Grace.


This car just radiates that very specific 60s space race chic from an era when our visions of the future were my utopia than dystopia. The Marzal, designed by Marcello Gandini, was all kinds of weirdly incredible. Easily its most striking feature is its two-door take on a four-door car. Yeah. instead of a traditional four-door deal, Gandini opted for two see-through gull-wing doors. Whether you’re getting into the driver’s side door or the back seat, you get in through the same door.

It’s an incredibly sleek looking car, but it might not look that out-there to anyone looking at it today. That’s because a lot of the Marzal’s concept became the Lamborghini Espada, minus the cool see-through doors. Although, I gotta say, the Espada was probably a little more, uh, road safety friendly. 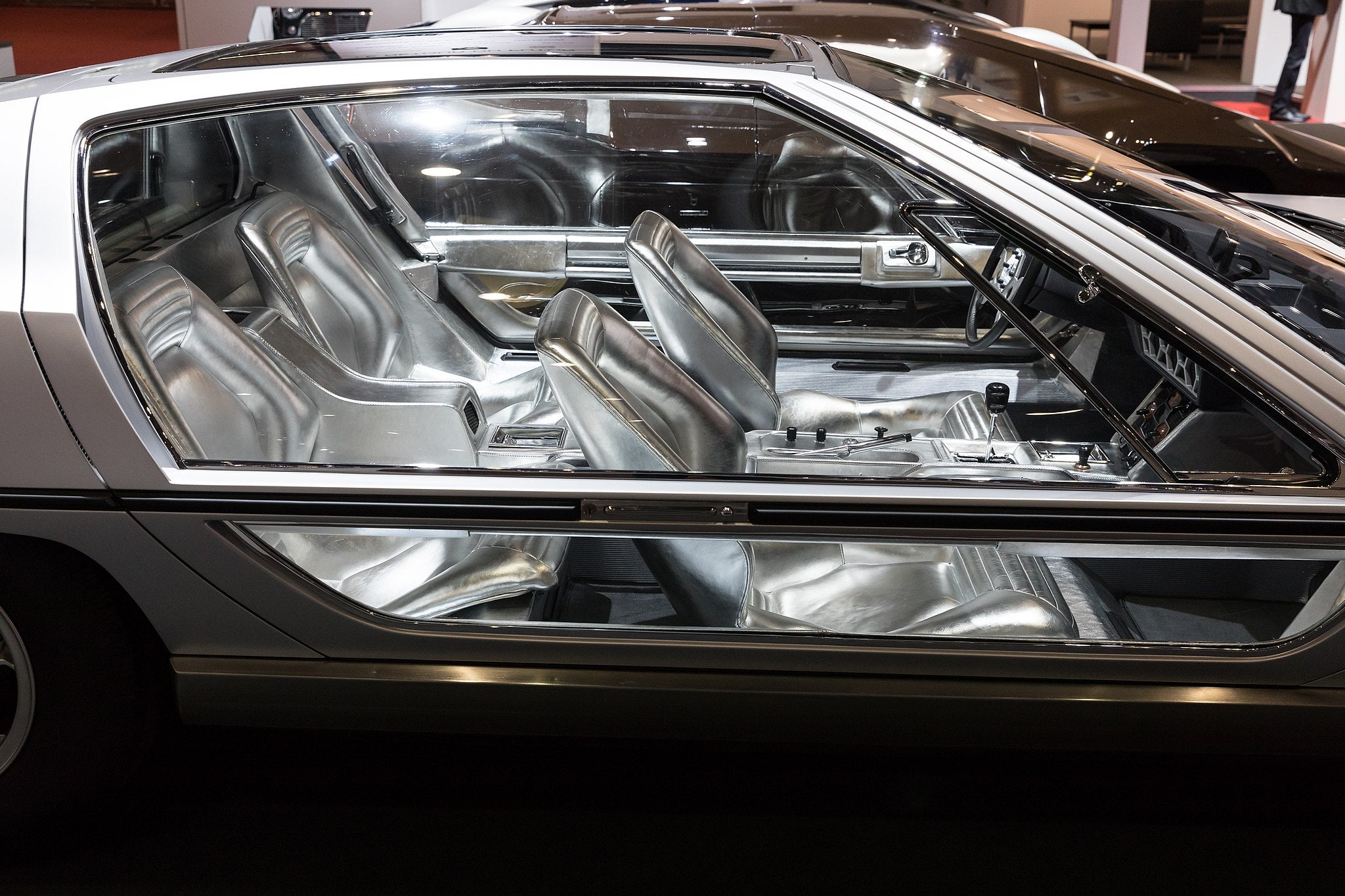 According to Hemmings, Gardini’s forward-thinking was actually the Marzal’s downfall. Gardini told his boss that he was going to make a mid-engine four-seater car out of Lamborghini’s first concept, which was previously unheard of feat. No one knew how to accommodate both rear passengers and the drivetrain without the car becoming obnoxiously long.

Gardini ultimately didn’t figure it out, either. He started off by stretching a Miura chassis by five inches, but couldn’t fit a V-12 engine and two rows of passengers. So Dallara halved the V-12, which resulted in a 2-litre straight-six engine slanted at 30 degrees, and the transaxle operated 180 degrees opposite of its normal configuration. So, basically, it wasn’t a mid-engine car anymore, but a rear-engine car.

And since it was a lot wider and longer than the Miura, Gardini thought that the Marzal wasn’t going to compare with other Lamborghini cars in terms of handling, so he had to find a different way to set it apart from the rest of the pack. Enter, the glass gull wing doors. Add plenty of hexagons, throw in a smoked glass ceiling, and you’ve got the perfect recipe to appeal to a generation growing more and more obsessed with sci-fi. 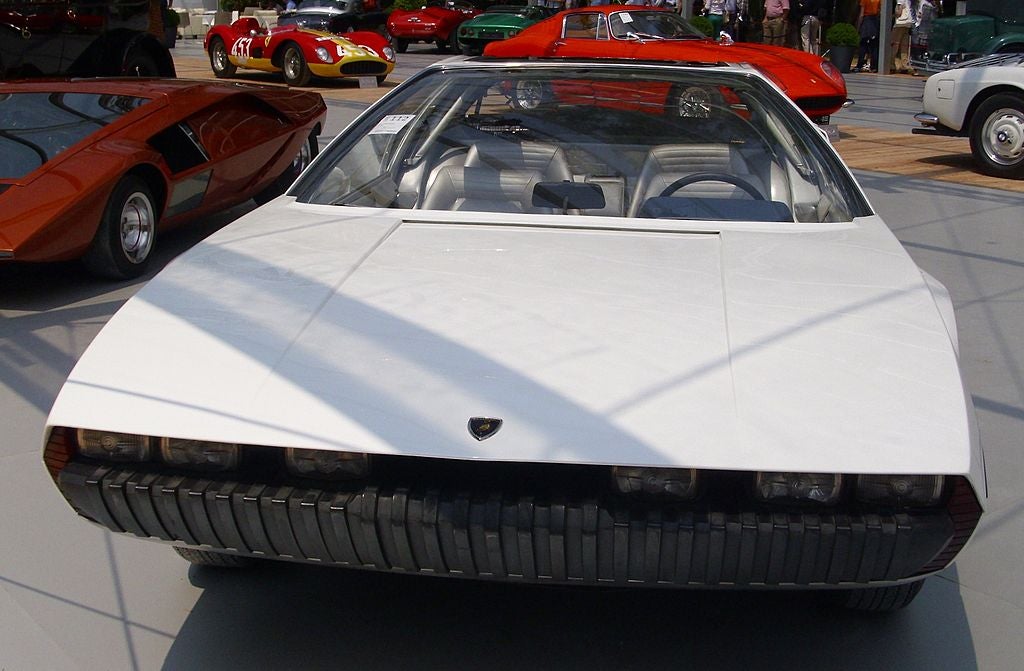 It garnered as much praise as it did criticism. Road tests proved that the Marzal actually handled as well as it looked, and a lot of reviewers were begging for it to be put into mass production. But other people were less pleased. T

he glass doors didn’t exactly result in, y’know, a lot of privacy. And the fact that people might balk at paying V-12 money for a six-cylinder meant that putting the Marzal into mass production wouldn’t result in mass profit. So, after poaching some design features for the Espada, the Marzal was added to the company’s collection until it was auctioned off in 2011 to Swiss collector Albert Spiess. Thankfully, he knew the value of his purchase and turned the car over to Lamborghini Polo Storico for a full restoration that wasn’t completed until 2017.

So, for the first time since 1968, the Marzal has returned to put in another lap with Prince Albert II behind the wheel. It debuted alongside the Espada to pay tribute to the Espada’s 50th anniversary.