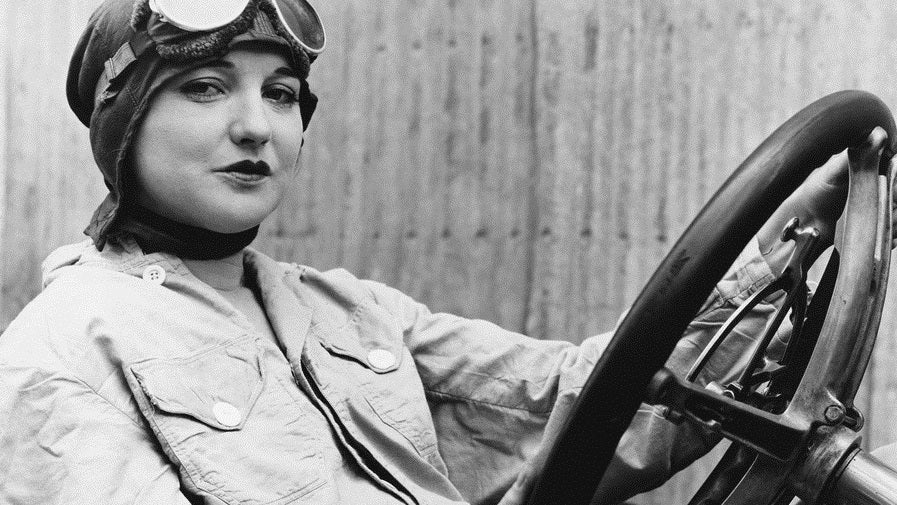 The woman's journey into the racing world was, ironically, a slow one. It took a slow trickle of hard-headed ladies eager to see what speed was all about in order to set the stage for women to come, testing out the waters one race at a time. And the first of those women was Hélène van Zuylen.

Hélène was born in 1863 to the iconic Rothschild family, meaning that she was able to enjoy all the privileges that came along with it; namely, her status as a Parisian socialite, the money she would need to kickstart a career of adventures, and access to the culture that would shape her future.

She wasn't one to be content with settling into the molds set out for her. There isn't much documentation of her early life, but once she married Dutch Baron Etienne van Zuylen in 1887, all bets were off. The Baron was Roman Catholic, which didn't sit well with the Jewish Rothschild family; Hélène was disinherited of the family home and looked at as something of an outcast.

But that wasn't the only romance scandal she was involved in. Hélène met Renée Vivien in 1901, and the two women kicked off an affair that lasted for several years. Hélène was a closeted lesbian despite her marriage to a man, and she became a poetic collaborator with Vivien — until she abruptly left Renée for another woman in 1907. But clearly, Hélène wasn't one to play by the rules. 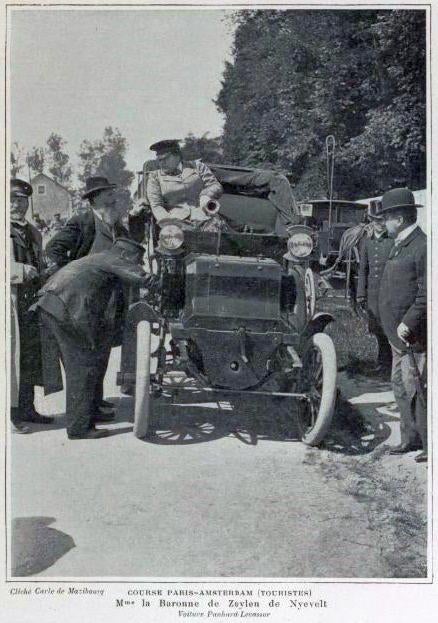 Hélène and her husband still got along quite well, despite everything. Baron van Zuylen was the president of the Automobile Club de France and served as a main organiser for the 1898 Paris-Amsterdam-Paris race, a 1431 km trail run on July 7-13. That meant that Hélène had all the right connections to sneak in.

It would have been yet another scandal if people knew that a woman was about to enter a race — so she entered under a pseudonym. Firmly tongue-in-cheek, Hélène was known as 'Snail' during the race, which earned also earned her the nickname 'La Brioche'. Her husband raced alongside her, going by 'Escargot'.

Her first race was successful in that she actually did finish, but not many details about the trek survived her. It's known that she didn't finish in the top 15, but that's all. But although it wasn't necessarily spectacular, she thus became the first woman to ever compete in a race.

In 1901, Hélène entered the Paris-Berlin race but didn't even start; she had suffered a technical failure. Camille du Gast was the only woman to thus compete out of 122 entrants.

Her racing career was not quite as prolific as that of du Gast's, but the sudden prominence of women interested in cars did pay off. Those two, alongside Anne de Rochechouart de Mortemart, were considered the three pioneering female drivers of the Belle Époque. Such prominent social figures made it obvious that women were just as interested in cars. Together, they inspired manufacturers to make motoring that much easier for the traditional woman.

For example, Renault began to produce cars that could be started from the dashboard, so that women of the time didn't need to do much cranking or try to climb quickly into the car with the flowing skirts that were fashionable at the time.

Motorsports just weren't quite a career yet, for men or for women alike. Van Zuylen was lucky enough to compete long before organised Grand Prix racing took hold, so she could show her mettle without needing to be contracted to a team. But she was there, alongside the affluent men of her class, to show what she could do.

Her contributions may not sound like much, but she broke the barrier. Hélène van Zuylen made racing a possibility for women where it hadn't been before and helped change the social landscape that enabled women to fall in love with speed. And that is a fact that cannot be forgotten.