Rolls-Royce is one of the few automakers left today that still uses a hood ornament to adorn the front of its cars. It's called the Spirit of Ecstasy - a elegantly winged woman that who looks as though she's experiencing a constant headwind. She was, allegedly, based on an actual woman named Eleanor Velasco Thornton.

This, according to Carfection, is how the story goes.

In the early 1900s, John Walter Edward Douglas-Scott-Montagu, the second Baron Montagu of Beaulieu, commissioned a hood ornament for his Rolls-Royce from an English sculptor named Charles Robinson Sykes. Sykes modelled the ornament after Thornton, an actress and Montagu's mistress. 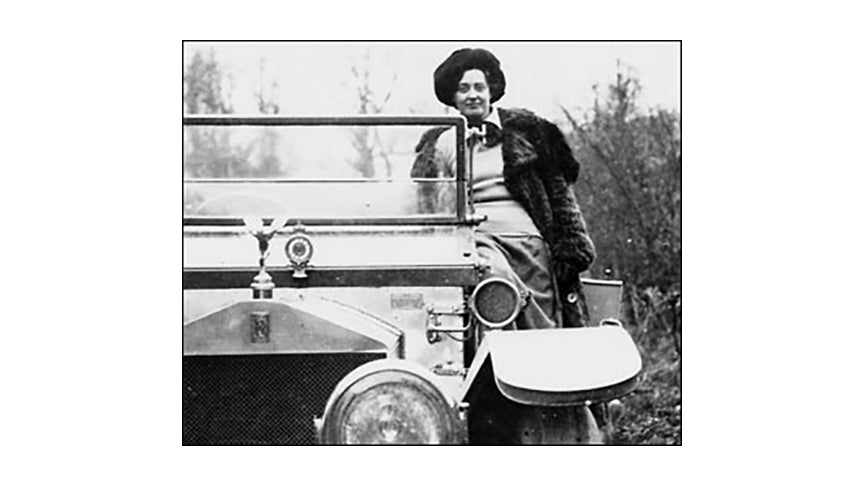 Because of their secret relationship, the first mascot that Sykes designed had a finger to her lips and was named "The Whisperer."

Hood ornaments were all the rage during that time and more and more people were putting them on their Rolls-Royce cars. Rolls-Royce, supposedly, stuffy then like it is today, didn't like that there were so many unofficial ornaments decorating its cars, so it asked Sykes to design a mascot it could put on all of its cars.

Sykes remodeled "The Whisperer" into the Spirit of Ecstasy that we know today, and called it, "a graceful little goddess, the Spirit of Ecstasy, who has selected road-travel as her supreme delight and delighted on the prow of a Rolls-Royce motorcar, to revel in the freshness of the air and the musical sound of her fluttering draperies."

Anyway, sadly, Thornton died not long after in 1915. She was travelling aboard the SS Persia when the ship was torpedoed by a German U-boat in the Mediterranean.

If you want to hear this story told to you in a dulcet English voice to make the experience more authentic, check out Carfection's video.