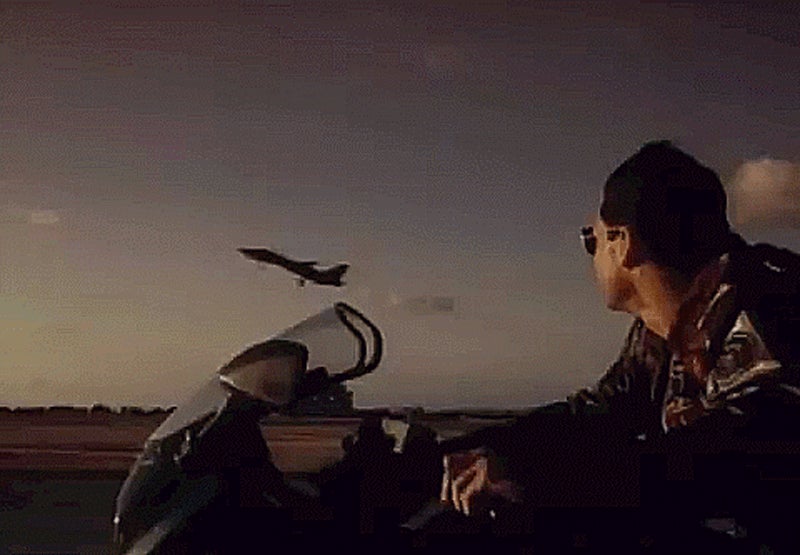 There are few lines of music that can fire you up like the sweet bass guitar riff that kicks off Kenny Loggins' "Danger Zone." Every time I hear that shit I am on a motorcycle, racing jets, deep in the heroic delusions I so genuinely enjoy. Now it sounds like we might get a redux.

"Danger Zone" lives on this perfect plane of pop culture where it can be appreciated earnestly and ironically. It's goofy as hell, but like, come on. You can't hear it without getting at least a little bit excited.

So I won't bother hiding how cool I think it is to hear Loggins talk about revisiting it, as he did when he was ambushed at the airport by TMZ the other day.

At first he brushes off the camera as I'm sure he's used to doing, and even indicates he wasn't aware of the Top Gun: Maverick movie that's been shooting in San Diego recently.

But as the camera guy lingers and presses him, it becomes clear that Loggins has most definitely been plotting a "Danger Zone" redux to go with the flick.

"We have some feelers out to some pretty cool rock acts," he told TMZ, talking about possible collaborators on the song. Sounds like both bands and solo artists are being considered at this point. "The rockers I'm interested in are male," Loggins added with some trepidation. But he declined from going into further details.

Anyway, I'm all about another Top Gun movie but way, way more pumped for another take on "Danger Zone." And while we're here, let's revel in the glory of the original:

OK, one more time, to save one of you the trouble of inevitably posting this: