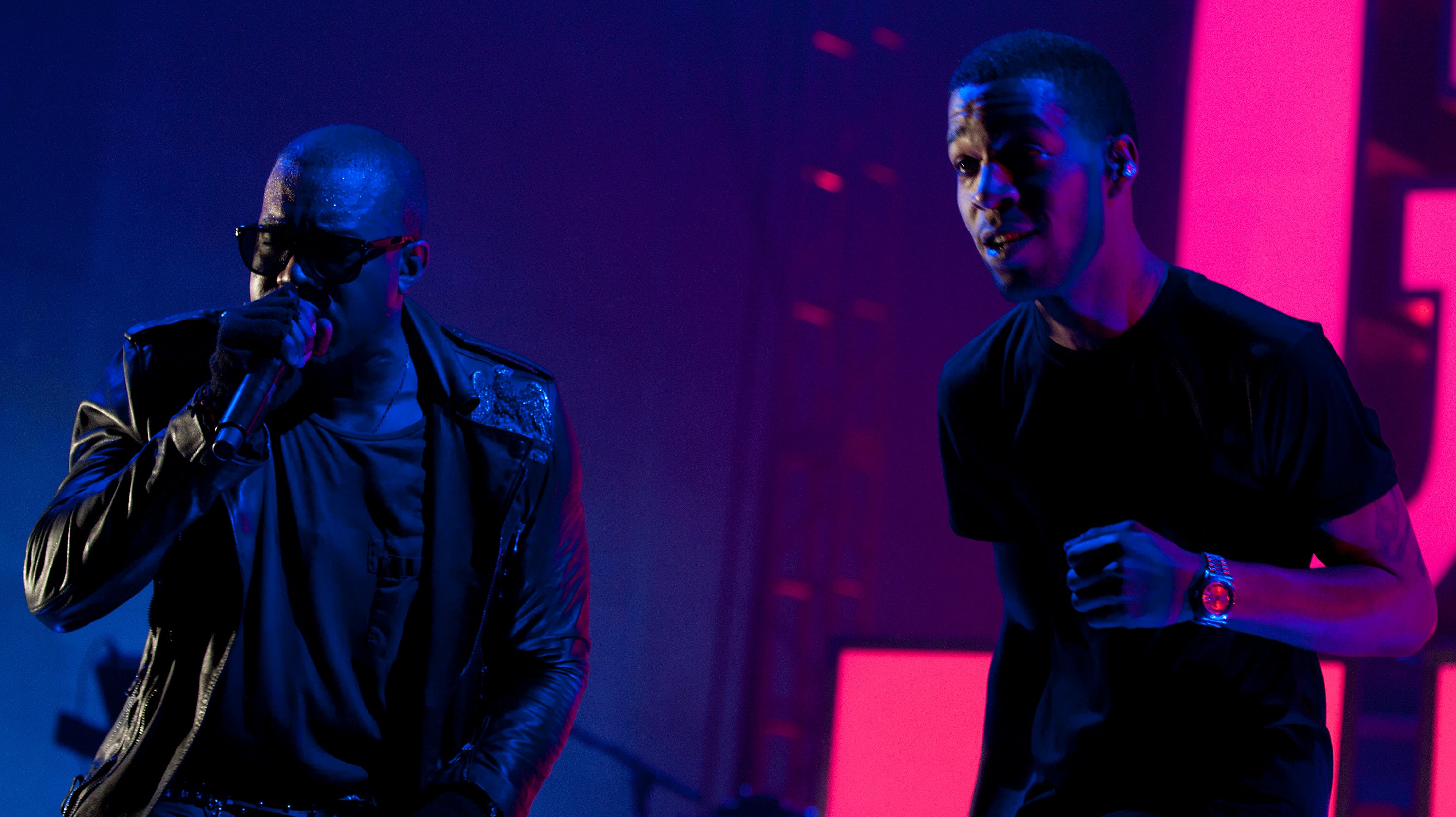 Kids See Ghosts, a collaboration between Kanye West and Kid Cudi, was supposed to debut its self-titled album during a livestreamed listening party set to be broadcast on the semi-obscure app Wav. It didn't go very well.

The stream missed its original start time of 8:00pm Pacific time and began incrementally pushing back the launch, first by 30 minutes, then adding 10 minutes more before the updates stopped coming and the stream was unavailable. Adding to the frustration was the fact the app kept sending push notifications saying the stream was live, only to produce an error message when clicked on.

The company was silent on the issue for the better part of the evening, finally issuing a tweet at about 9:30pm PT telling people to "Hang tight" and that the stream would be "Starting shortly." Shortly after the tweet, the stream was up but without audio. It just contained a graphic that said, "Livestream starting soon." As of 10:20pm PT, no one has heard a second of Kids See Ghosts' self-titled debut album. [Update, 10:45pm PT: It's finally working.]

Gizmodo reached out to Wav Media for details about the livestream issues. We will update this post if we hear back.

People, as you might expect, are pretty pissed about the whole thing. Kanye successfully hosted the livestream of the launch event for his album, ye, on Wav just last week. Most folks probably deleted the app after the stream and re-downloaded it to listen to the new record from Kanye and G.O.O.D. Music labelmate Kid Cudi, only to be greeted with some technical difficulties.

The chatroom for the Kids See Ghosts stream, which has been available off and on over the course of the evening, has been filled mostly with people shouting profanities and complaining, as most internet chatroom denizens are wont to do. Social media has also been filled with people complaining about the delays.

Laughing at all these comments for @WAV_Media. They just blew the biggest release of their app for @kanyewest and @KidCudi. Get on them @AWS severs quick.

WAV IS NOW TELLING ME AN ERROR OCCURRED

when you want to listen to #KidsSeeGhosts but Wav won't let you pic.twitter.com/yRtpcUrGMa

Today I thought about killing WAV

Kanye, Kid Cudi, and Wav all promoted the shit out of the livestream. Kanye urged people to download the Wav app, as did Kid Cudi, and Wav hyped up the release on social media. Unfortunately, the hype didn't seem to pay off.

Luckily for listeners interested in hearing the album, it will likely be available on streaming platforms soon. Kanye's album ye was available to stream on Spotify and Apple Music just hours after it debuted during the Wav livestream. Kids See Ghosts will likely follow suit.

Update: The livestream is finally working. It's not clear if the delay was the result of a technical issue or if Kanye and Kid Cudi just showed up super late.