Faking My Westworld Fandom Was So Easy, I Almost Forgot I Was A Fraud 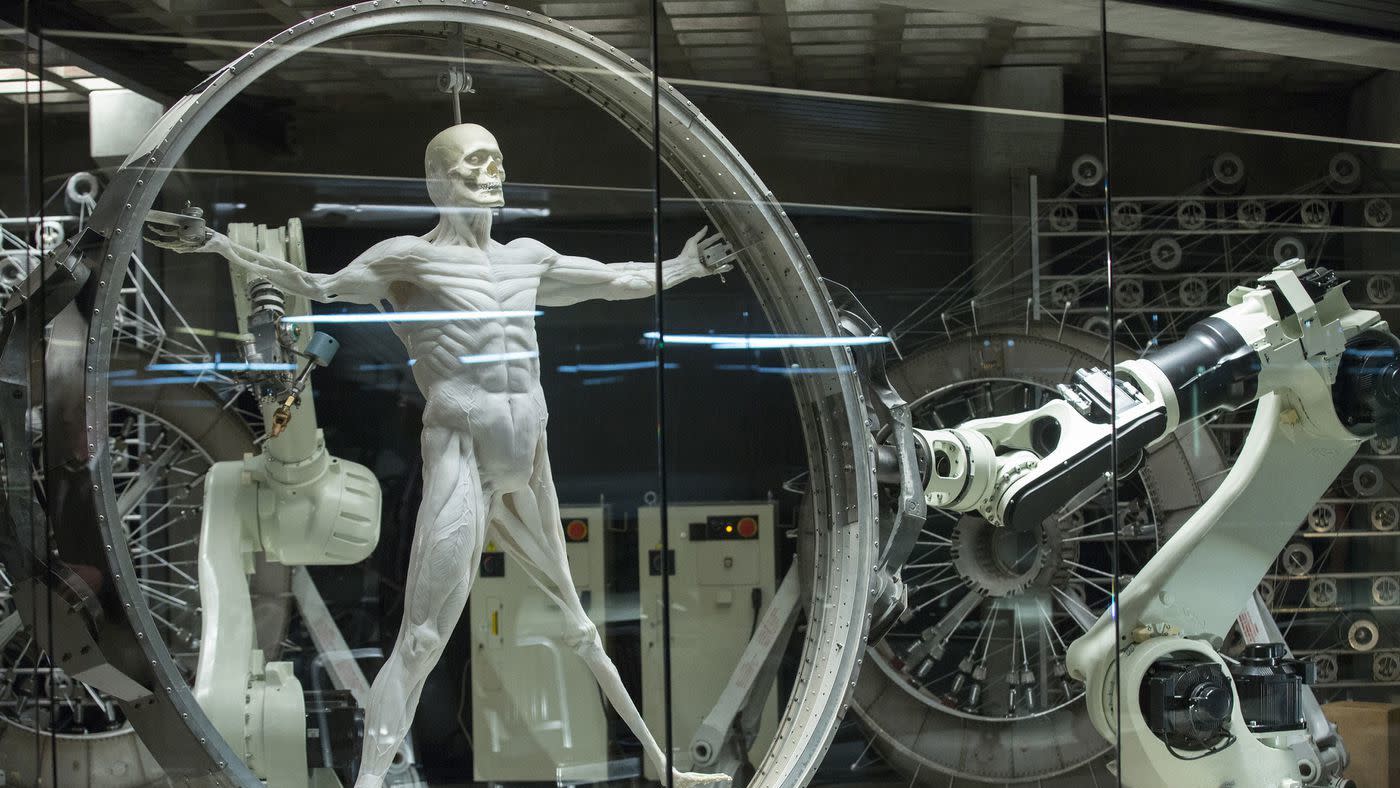 Reading The Ringer's recent review of Hereditary's Wikipedia page, I thought I'd found another opportunity to do my favourite thing. Everyone's favourite thing. The activity that the internet seems to have been designed for: Acting self-righteous.

"I have read the Wikipedia plot summary for Hereditary multiple times, which is the only way I will ever personally experience any of that terror and decapitation," reads The Ringer's review of the familial horror drama (which I liked but didn't love), "because no way am I actually watching that shit."

"Sad!" I cried, ready to pitch a story "exploring" why someone would read a summary of a movie instead of just watching the damn thing.

Would it be a poorly disguised excuse to judge people for doing something incredibly common? Sure, but good ol' judgement may be the only real pleasure left in our media wasteland of endless takes and nihilism masquerading as insight.

Ready to send another lamb to the Content Gods, I had a startling realisation: Oh crap, I do that, too. With Westworld.

For weeks, I've been running an elaborate con on friends and acquaintances, posing as a Westworld watcher and robbing them blind of the communal good feels that come from being "part of the conversation".

Just this weekend, I happily chattered along as legitimate Westheads (that's what you're called, right?) offered theories on Maeve and her superpowers. (Frankly, if the entire show was about a black robot-witch-geisha, I'd probably watch it in earnest.)

What's great about Westworld, I've discovered, is that none of the fans actually know what the hell is going on - seemingly by design. Three seasons in, the show is still revealing even basic motivations of primary characters.

That's great for Fake Watchers like me, who can pretend to watch it, then act confused or intrigued when someone brings up something that isn't in a recap they skimmed. You're all confused!

Of course, as always, the real culprit is society. The conversations surrounding a hegemonic pop culture product are annoying, insulting, and impossible to ignore.

Personally, I don't go for sports, which means I can bow out of discussions on everything from the World Cup to the Superbowl. I'm just here for the Lebron memes, thanks.

But as a known fan of nerd and sci-fi stuff, I feel a social obligation to participate in whatever Nerd Culture Emblem we're talking about this week - and rather than face the shame, I conform.

Anyway, the point is that I'm a fraud. And you can be one, too!

Twitter makes it easy to free yourself from Homework TV. Whenever a show's a hit, it's obsessively discussed on social media. Something twist-y like Westworld or, say, Mr Robot is also pretty much always covered twist-first by pop culture sites.

So rather than meandering through a lot of plot, check out some recaps, which pretty much always give you the biggest nugget in the first paragraph. From there, it's easy to finesse friends and acquaintances into believing you're the real deal.

And if the endless feed doesn't provide enough intel for your cover story, try doing a search: The big reveal from the Westworld finale, for instance, was gif-ed all over social media within the hour and clips are already on YouTube.

Whether for conformity reasons or not-wanting-to-watch-people-get-decapitated reasons, it's actually easy to abridge a lot of pop culture with the internet. And in a culture that demands we consume and respond to every granule of media, maybe faking it is the only way to not get conned.

James Whitbrook and Gordon Jackson 31 Mar 2020 7:50 AM
Paul Scheer teases Don Cheadle’s role in Space Jam 2. Another Hanna-Barbera icon is making an appearance in Scoob. Michael Chabon teases the new directions Star Trek: Picard could go in in season two. Plus, excellent Castlevania news and what’s to come on The Walking Dead. Spoilers, away!