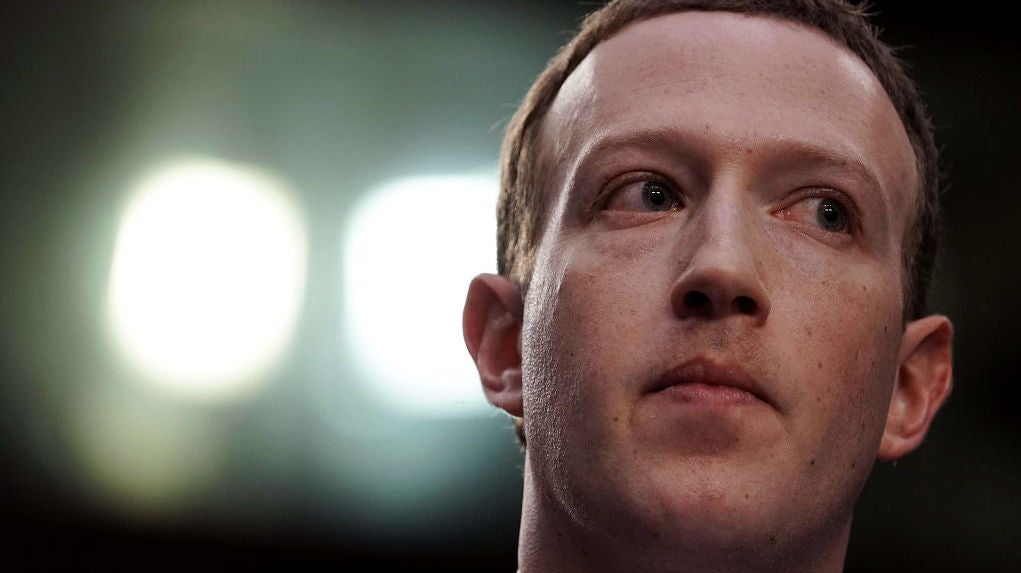 Ever since the Cambridge Analytica scandal first broke in March, Facebook has been scrambling to change its policies and reassure the public that it no longer recklessly shares data with third parties. But yesterday we learned that it has quietly been giving device makers access to users' data this whole time. It argues this was different for several reasons, and that device makers could only use the data to provide "the Facebook experience".

The New York Times reports that Facebook has maintained data-sharing agreements with "at least 60 device makers" for the last 10 years. Each partner was given access to a private API that allowed at least some partners to access more than 50 types of information about an individual user.

It also extended that information to a users' friends - and friends of friends - with the kind of wide net that famously resulted in a massive leak of millions of users' data to Cambridge Analytica, a firm working for the 2016 US presidential campaign to elect Donald Trump.

Throughout its all-hands-on-deck PR campaign over the last few months, Facebook has shuffled its data policies and reassured lawmakers that handing out user data to anyone who asked is no longer part of its standard operations. It maintained that its policies for sharing data with third-party app developers have changed following a consent decree with the FTC in 2011 over a previous privacy scandal.

Since it was revealed that millions of users' data was gathered by a quiz app and subsequently sold to Cambridge Analytica, it's been a lingering question if Facebook may have violated its consent decree by not notifying users of the breach. If the FTC determined that the social media network was in violation of the agreement, it could face "trillions of dollars" in fines.

But Facebook is claiming that it's fully in compliance with the consent decree due to its interpretation of one clause in the agreement.

The Times found that Facebook has given device makers such as Apple, Amazon, BlackBerry, Microsoft and Samsung extensive access to user data through partnerships that appear uncannily similar to its past third-party policies. These partnerships are reportedly ongoing.

Facebook confirmed much of the Times report but took issue with some interpretations and asserted that it has been "winding down" the data-sharing program since *ahem* April.

To illustrate how the program works, the Times used a Blackberry device from 2013 to access one of its reporter's Facebook accounts. From the report:

Immediately after the reporter connected the device to his Facebook account, it requested some of his profile data, including user ID, name, picture, "about" information, location, email and mobile phone number. The device then retrieved the reporter's private messages and the responses to them, along with the name and user ID of each person with whom he was communicating.

The data flowed to a BlackBerry app known as the Hub, which was designed to let BlackBerry users view all of their messages and social media accounts in one place.

The Hub also requested - and received - data that Facebook's policy appears to prohibit. Since 2015, Facebook has said that apps can request only the names of friends using the same app. But the BlackBerry app had access to all of the reporter's Facebook friends and, for most of them, returned information such as user ID, birthday, work and education history and whether they were currently online.

The reporter used in the test only had 550 friends, but when Facebook's system was done combing through all of the information that its system allowed to be shared, "identifying information for nearly 295,000 Facebook users" was transmitted to the Blackberry Hub, the Times reported.

A great way to think about that is, just like when you see your timeline. If you and I are friends, and I post on my timeline, and one of my friends comments on it, you're still going to be able to see that friend's comment, and that's just the nature of sharing on Facebook.

Unidentified officials told the Times that agreements with device makers include strict prohibitions on data usage that go beyond the rules applied to app developers. Developers have been given various levels of freedom to use personal data to build new products, but device makers have only been allowed to use data as necessary to provide "the Facebook experience".

In a follow-up post on its newsroom blog, Facebook explained that these agreements first began as a way to more quickly integrate Facebook's features across the wide range of devices on the market.

It claimed, "In the early days of mobile, the demand for Facebook outpaced our ability to build versions of the product that worked on every phone or operating system." But that's no longer an issue because, "now that iOS and Android are so popular, fewer people rely on these APIs to create bespoke Facebook experiences".

Another way to interpret that is that Facebook didn't have the resources to handle its rapid and unprecedented expansion. In order to get itself to two billion users and ingrain its system into every corner of the internet, it played loose with data so that other people could build out the platform.

Today, it argues that handling the abuse of its platform around the world is difficult because so many different factors such as language, cultural differences and insufficiently advanced AI present limitations.

CEO Mark Zuckerberg has recently been vocal about the fact that Facebook doesn't even want to make hard decisions about the governance of its platform, and floated the idea of creating some third-party "Supreme Court".

When contacted by Gizmodo, a Facebook spokesperson emphasised that the private API approach has been common in the tech industry, especially in the early days of the mobile era - they cited YouTube as an example of an app that was initially included on iPhones but was originally developed by Apple.

They acknowledged that the "winding down" was prompted by the "hard look" Facebook has taken with its data policies and said that technology has changed to the point that this sort of data sharing isn't necessary. The spokesperson said that it's ended its partnerships with 22 parties but gave no timeline on the rest. When asked for a list of all the partners, the spokesperson said they haven't decided to share that information at this time.

The Times attempted to contact several major device makers about the partnerships. Apple confirmed it was part of the program, but it hasn't had access to Facebook user data since September, the company said. A Blackberry spokesperson did not say that the company no longer participates in the program, but emphasised it "did not collect or mine the Facebook data of our customers". Microsoft claimed all data is stored locally on the user's device. Amazon and Samsung declined to comment.

With all of those big manufacturers accounted for, there's still the question of who else is part of this program. Facebook has only said "around 60 companies" have used the private API, and that some of its partners did store user data on their own servers. I certainly can't think of 60 device manufacturers I'd trust with my data.

And considering the fact that Cambridge Analytica and Aleksandr Kogan - the professor who developed the quiz app that sucked up tens of millions of people's data - allegedly violated Facebook's terms of service and received no penalty, it isn't exactly reassuring to hear that these agreements had "strict" guidelines.

We've asked Facebook whether it audits the device makers it partners with for compliance with its guidelines, and a spokesperson said that hasn't happened because they have never had any "issues" with the program. Facebook does claim it's performed "spot checks" with dummy accounts to ensure that the proper data was being pulled. But the question of whether all user data was treated properly after it was transferred to a partner's server remains unanswered.

As for its 2011 agreement with the FTC, Facebook has maintained that the Cambridge Analytica situation did not constitute a violation of the section that required users be notified and must give their permission before any data about them is shared. Its reasoning is that users gave their permission implicitly through their privacy settings.

This time, it claims the partnerships with device makers doesn't violate the consent decree because it allows Facebook to share data with "service providers" without obtaining further permissions. While "service providers" is intended to refer to services such as cloud storage and credit card providers, Facebook is taking a broader interpretation.

Jessica Rich, a former FTC official, told the Times, "Under Facebook's interpretation, the exception swallows the rule." She said that this reading would give Facebook the power to "argue that any sharing of data with third parties is part of the Facebook experience".

We also asked if Facebook intends to provide lawmakers with detailed accounts of how these partnerships worked. In its meetings with US Congress, European Parliament and the German government, Facebook executives have largely omitted acknowledgement of this program. Documents submitted to German lawmakers only mentioned Blackberry as a partner in its private API, and offered little detail on how the program worked.

When asked if Facebook would volunteer the complete details of the program with lawmakers, a spokesperson declined to give a firm answer but said it would work with lawmakers on any questions they might have.

We've seen in multiple sessions with lawmakers on both sides of the Atlantic that Facebook tends to leave a lot of questions unanswered whenever someone manages to get them in a room.

We've seen that it rarely opens up about programs that might be concerning for users until it's forced to do so - and when it does, it withholds information until someone else makes it public.

We've seen that whenever it seems to have gotten its act together, there's always another program waiting to be uncovered. Loopholes and convoluted privacy agreements are used and abused until they're exposed as legal fig leaves.

We've seen that Facebook is intent on sharing and using information that isn't knowingly handed over.

We know Facebook is just too big to handle its massive responsibilities.

Going through this Groundhog Day of violating trust, saying it will do better, scrambling behind the scenes, and avoiding straight answers is tiresome for users and deliberately difficult to unpack every single time. We really do need a shorthand for this repetitive process. Allow us to suggest: "The Facebook Experience."