Buzz Aldrin Is Suing His Family For 'Elder Exploitation' 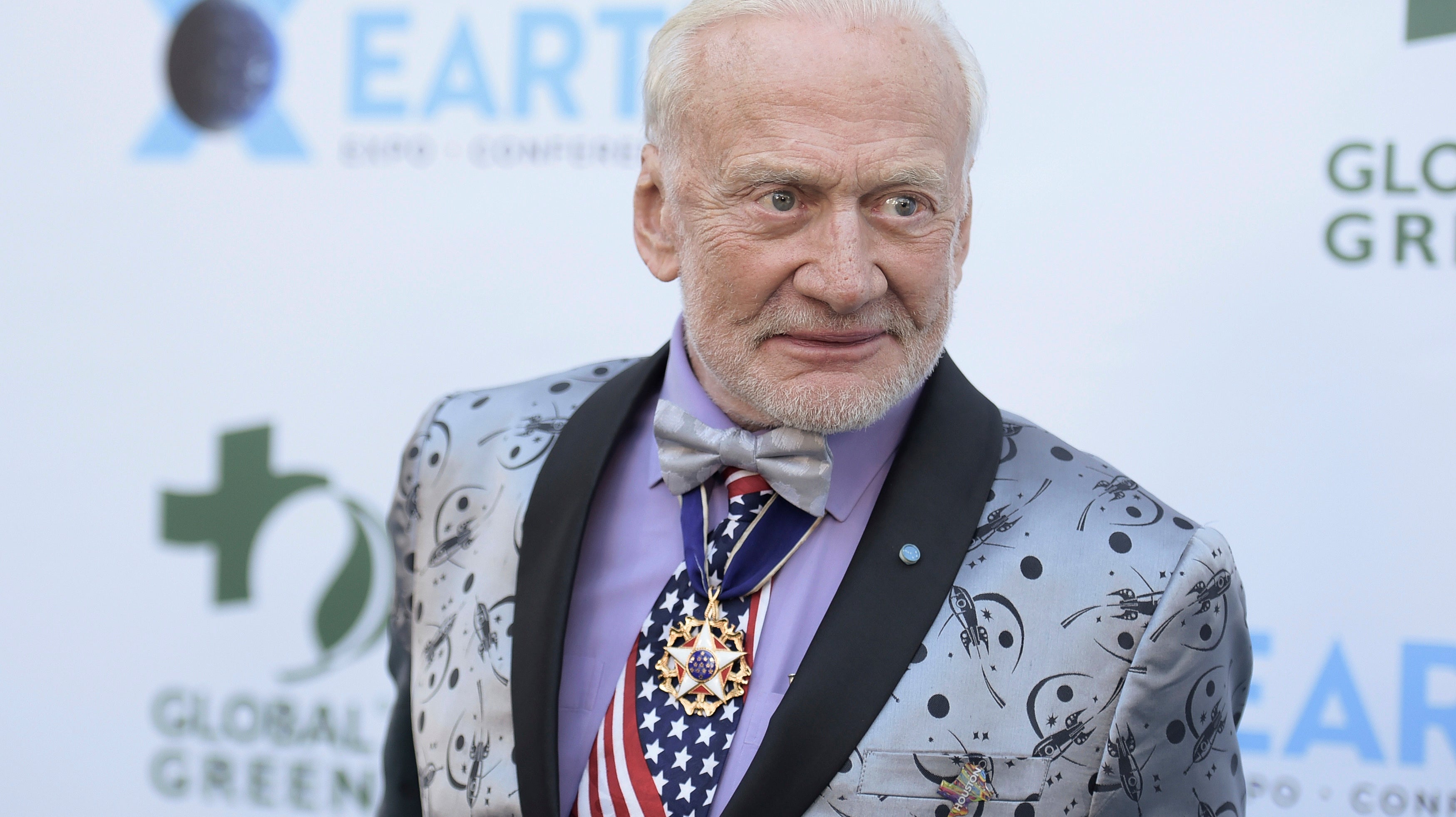 Former astronaut Buzz Aldrin, the second man to walk on the Moon, has filed a lawsuit against two of his children and a former business manager in an effort to retain control over his finances, business affairs and legacy.

Buzz Aldrin, 88, filed the Florida lawsuit on June 7, the details of which are now available online, courtesy of Ars Technica. The suit is directed against two of his three children, Andrew and Janice Aldrin, and his former business manager, Christina Korp.

Aldrin is trying to retain control of Buzz Aldrin Enterprises and his not-for-profit ShareSpace Foundation, after his children and Korp asked the state of Florida in May to appoint them as legal co-guardians, claiming that Aldrin is in "cognitive decline" and experiencing bouts of paranoia and confusion.

The former astronaut and recipient of the Presidential Medal of Freedom alleges that the family is engaging in elder exploitation by co-opting his legacy and making a grab at his money and property.

"Dr Aldrin considers it unfortunate and discouraging that he has been forced into this situation," explained his lawyer, Robert W. Bauer, at NASA Watch. "However, Dr Aldrin knows this is necessary to protect his future and his vision for America's Space Program."

The suit claims that Andrew and Korp have assumed control and access to Aldrin's "personal credit cards, bank accounts, trust money, space memorabilia, space artifacts, social media accounts, and all elements of the Buzz Aldrin brand", and that the duo has effectively taken control of Aldrin's "publicity, contacts, and clientele for their own self-dealing and enrichment".

The suit alleges that Andrew and Korp have established "a de facto guardianship over Plaintiff", while accusing Janice of conspiracy and breach of fiduciary duty (that is, an obligation to act in the best interest of another party).

The elder Aldrin says Andrew and Korp have transferred nearly a half million US dollars over the past two years from his savings account to his private company and foundation for their own purposes, and that they have been slandering him for years by claiming he has dementia from Alzheimer's. This tactic, the lawsuit alleges, allowed the pair to gain access over his personal relationships, business contacts and other assets.

The suit claims that Andrew and Janice have forbidden Aldrin from getting married for a fourth time, and that they have "specifically and deliberately... undermined, bullied, and defamed" all of his personal romantic relationships. The suit seeks to remove Andy as the controlling trustee of his estate, and to restore Aldrin's access to his space memorabilia and other assets.

The court documents also accuse Andrew of exploiting the elderly. Aldrin "is a vulnerable adult, as defined by Florida statutes... due to Plaintiff's advanced age of 88 years," the suit alleges, adding that Andrew has "knowingly and through deception or intimidation" deprived him of his finances, property, and knowledge of his business affairs.

In response, Andy and Janice Aldrin released this statement:

We are deeply disappointed and saddened by the unjustified lawsuit that has been brought against us individually and against the Foundation that we have built together as a family to carry on Dad's legacy for generations to come. When we established the current structure several years ago, it was done so at Buzz's request and with his full support. If nothing else, our family is resilient and our ability to work together to solve problems and accomplish great things is strong. We love and respect our father very much and remain hopeful that we can rise above this situation and recover the strong relationship that built this foundation in the first place.

We will not be commenting further on the lawsuit and ask your understanding and respect for our family privacy at this extremely difficult time.

As The Wall Street Journal reports, a professor at UCLA Medical School conducted a psychological evaluation of Aldrin in April and concluded that he's "cognitively intact and retains all forms of decisional capacity".

That said, the family has requested that Aldrin undergo a competency exam because they say he's associating with new people who appear to be manipulating him. Aldrin's lawyer says a competency exam by three mental health specialists appointed by the court is scheduled for later this week.

CFal, Thanks for understanding that sometimes life gets tricky https://t.co/0bIIpVLlfy

Sadly, it isn't uncommon for families to clash like this, and then have to seek legal counsel. Next year marks the 50th anniversary of the Apollo 11 Moon landing. It's a shame to think that the Aldrin family, instead of celebrating that anniversary together, might be mired in court proceedings against one another.

This Video Essay Tries To Explain The Disaster That Is Cats

Julie Muncy 06 Apr 2020 1:15 AM
In the not-so-distant past, Cats was the most fascinating and baffling thing we’d ever seen. Tom Hoopper’s wildly unnecessary and just plain wild adaptation of the Andrew Lloyd Webber musical about cats pining for the sweet embrace of death is a profound, transfixing disaster. It raises a lot of questions. Namely, what? and why?