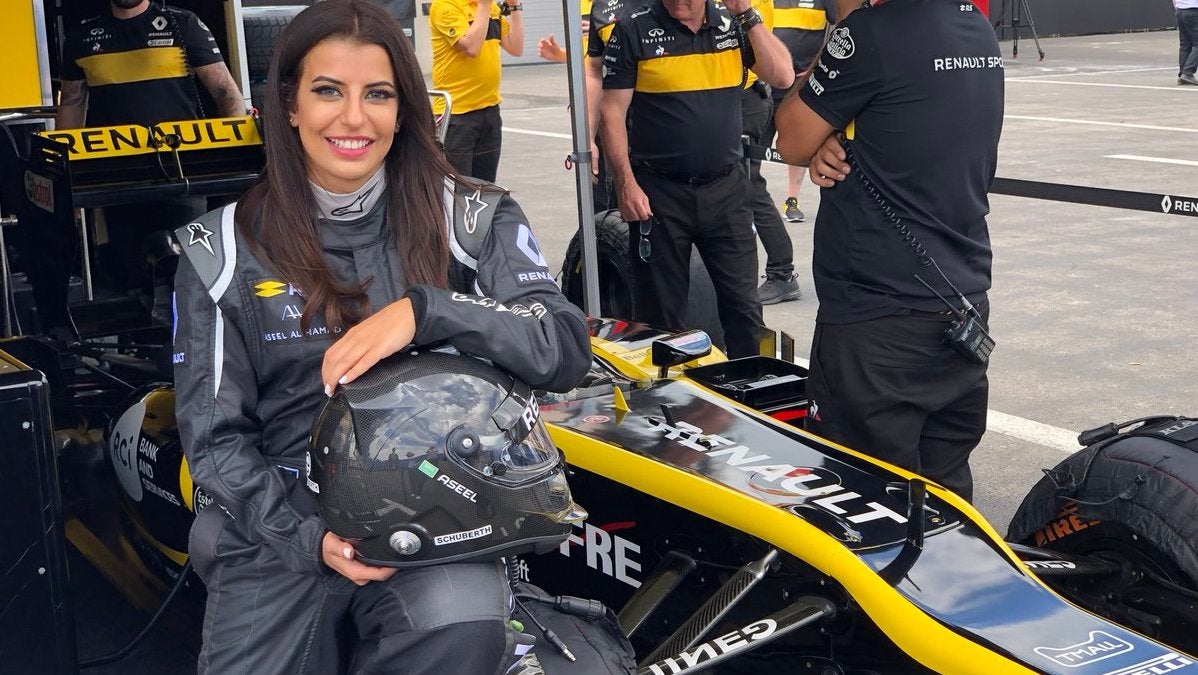 Before the Formula One French Grand Prix at the Circuit Paul Ricard, Aseel Al-Hamad became one of the first Saudi women to drive a car to celebrate the end of the ban on women driving in the Gulf kingdom. And she did it behind the wheel of a 2012 Renault F1 car.

Al-Hamad is an interior designer and businesswoman. In France, she wasn't subjected to the ban directly, but she wishes to represent a future for Saudi women, both in everyday life and in motorsport as well. As she told Reuters

"I believe today is not just celebrating the new era of women starting to drive, it's also the birth of women in Saudi Arabia.

"The most important thing I am looking forward to is to start seeing the next generation, young girls, trying [motorsport]. I want to watch them training and taking the sport very seriously as a career. This is going to be really my biggest achievement."

Al-Hamad did drive the same car on June 5 as part of a private familiarization day, but her June 24 outing took place publicly, in front of the crowds gathered to witness the return of F1 to its French birthplace. She feels it shows young women — especially those in Saudi Arabia — that nothing is beyond your reach.

Her public outing isn't Al-Hamad's only push for Saudi women, either. The FIA has set up the Saudi Arabian Motorsport Federation, of which Al-Hamad is the only female representative, as well as the Women in Motorsport Commission. Her input will be heard directly by the commissions, who hopefully will be doing their best to encourage the involvement of women in a country that can often be hostile to them.

Plenty of people are optimistic about Saudi Arabia's potentially progressive future. Al-Hamad firmly believes we'll see a female Saudi driver making her way through the racing ranks in the near future, and even Formula E is banking on this overturned ban as part of their justification for beginning the next ten seasons with the Riyadh ePrix.

But for every optimistic person, plenty more are sceptical about the role of motorsport in a country known for its repressive dictates.  Wmen like Aseel Al-Hamad firmly believe that her home is well on the way to becoming a competitive force in racing as more and more of their conservative laws are reversed, but it will take time to see what ripples this decision causes in the long run.