Apple Maps Is Reportedly Getting A Complete Overhaul 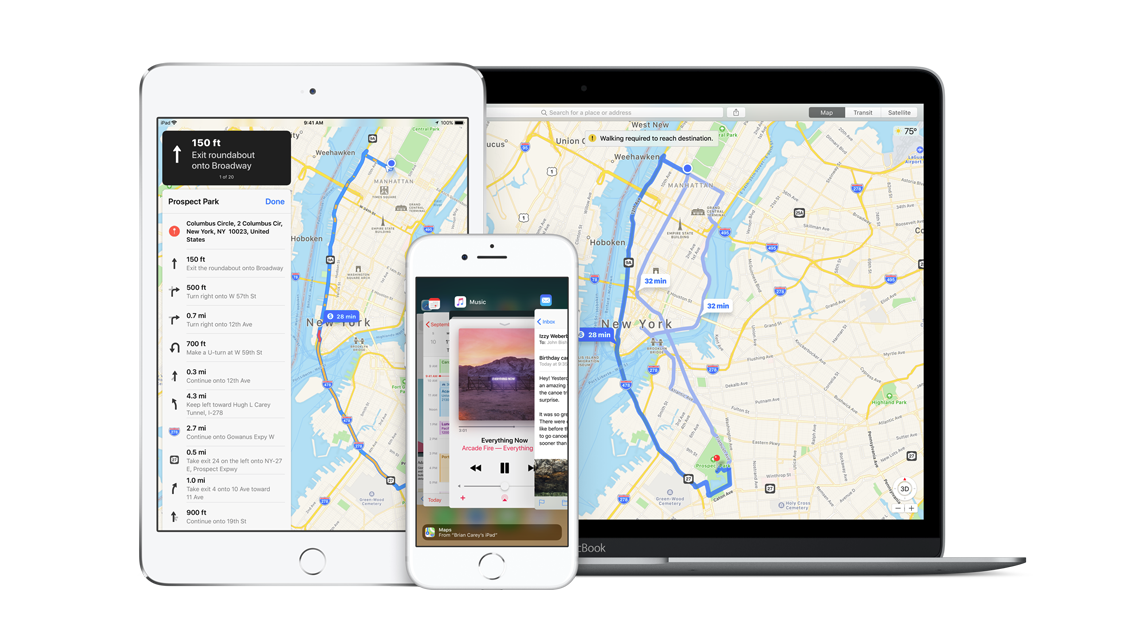 Even among the most die-hard Apple fans, the kind who swear by first-party apps such as Safari, Apple Photos and Messages, there's still one app that often gets ignored in favour of something made by Google: Apple Maps.

When it was released in 2012, Apple Maps was a mess, and even Apple knew it.

Over time, Apple has done a lot to improve Maps by adding things such as additional satellite imagery and pedestrian navigation, yet Maps still falls badly short of the more accurate, full-featured experience you get from Google's alternative. (Seriously, check out this incredible comparison to see the big gaps Google's and Apple's map apps).

But in an interview with TechCrunch, Apple revealed its plans today to completely rework Apple Maps from the ground up with new first-party data and mapping.

Apple apparently plans to launch the new version of Maps with coverage of San Francisco and Bay Area in the next version of the iOS 12 beta, before expanding coverage to northern California later this spring.

Originally, Apple Maps data came from a mishmash of third-party sources, including TomTom and OpenStreetMap, and had been slowly expanded upon by Apple over the last few years.

But with the new rework, Apple has built a team of in-house cartographers and gathered data from its own take on Google's StreetView vehicles to create something closer to a purely Apple solution.

Like Google, Apple says it will gather data from users to help flesh out its maps, though the company apparently put a strong emphasis on privacy, claiming that Apple will never record start and ending location data, and that any info Apple does use is carefully anonymised to prevent sensitive info from leaking out.

While being interviewed by TechCrunch, Apple senior vice president Eddy Cue, who is now in charge of Apple Maps, said that he didn't want to "rehash all the issues we've had when we introduced [Apple Maps]", and instead wanted to focus on "trying to create what we hope is going to be the best map app in the world, taking it to the next step. That is building all of our own map data from the ground up."

Based on TechCrunch's experience checking out the work going into the next version of Maps, it seems as though Apple in typical fashion is paying attention to many of the little details needed to make its offering a worthy rival to Google Maps.

That includes things such as licensing all the fonts and type faces such as Helvetica used in major subway systems in places like New York City, and tailoring the amount of information you see at various zoom levels.

And in a similar move to what Google has been doing with its maps, Apple will also combine satellite imagery with data taken from its mapping vehicles to add more things such as the shapes of buildings, foliage and walking paths to its maps to more accurately represent a given area.

However, the one thing the Apple won't change, at least to start, is Apple Map's visual style. Cue says in order to protect its users, "We don't want to combine those two things at the same time because it would cause a lot of confusion."

If Apple can pull this off, it might finally have a worthy competitor in Apple Maps. But even with years of data gathering for the new Apple Maps going back as early as 2015, with updates scheduled to roll out across the US over the next year, it's still going to be a while before Apple has the same level of detail and coverage as Google.