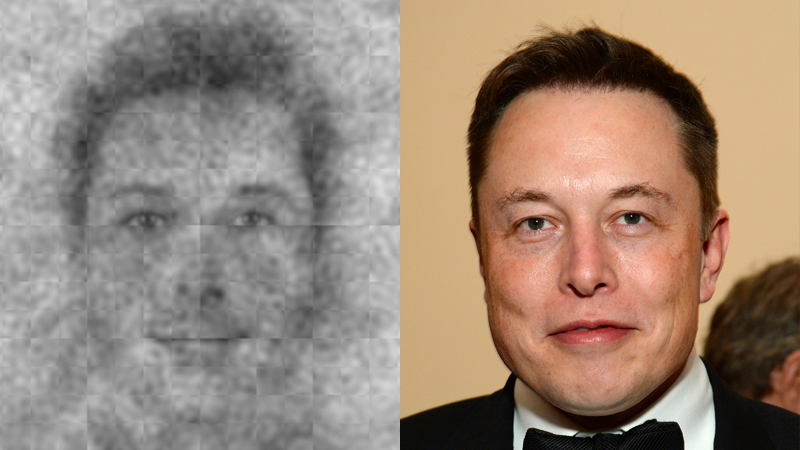 If you asked 100 random strangers what God looks like, you'd probably get around 100 different responses. But if you specifically asked American Christians, and then aggregated their answers, you'd apparently end up with a face that's so close to Tesla founder and aspiring mole man Elon Musk it's frankly bizarre.

This puzzling news comes from a paper recently published by PLoS ONE.

To study the biases of believers, psychologists at the University of North Carolina at Chapel Hill showed 511 American Christians pairs of faces and asked them which one looked more like God. Each participant was shown 300 face pairs, generated by overlaying random noise on a base face representing a statistically average American.

The researchers then compiled the holiest images, resulting in a face that was judged by 400 survey participants as "more masculine, Caucasian, attractive, intelligent, and loving" than God's "anti-face", an aggregate of the pictures the sample of Christians did not select. It also happened to look remarkably like Elon Musk - whom, to be clear, the paper doesn't mention by name at any point, but, like, c'mon.

The liberal aggregate and the conservative aggregate. Image: University of North Carolina at Chapel Hill

The researchers conclude that their sample appeared "to have stable representations of God's face that included differentiable physical features (e.g. masculinity, youthfulness, and Whiteness) and psychological characteristics (e.g. lovingness)" and that their perceptions reflected "their political ideologies and their own personal appearance".

A version of them, it seems, who happens to date Grimes, love Rick and Morty, and be named Elon Musk.