Working At Snap Is A Freakin' Blast, Bro 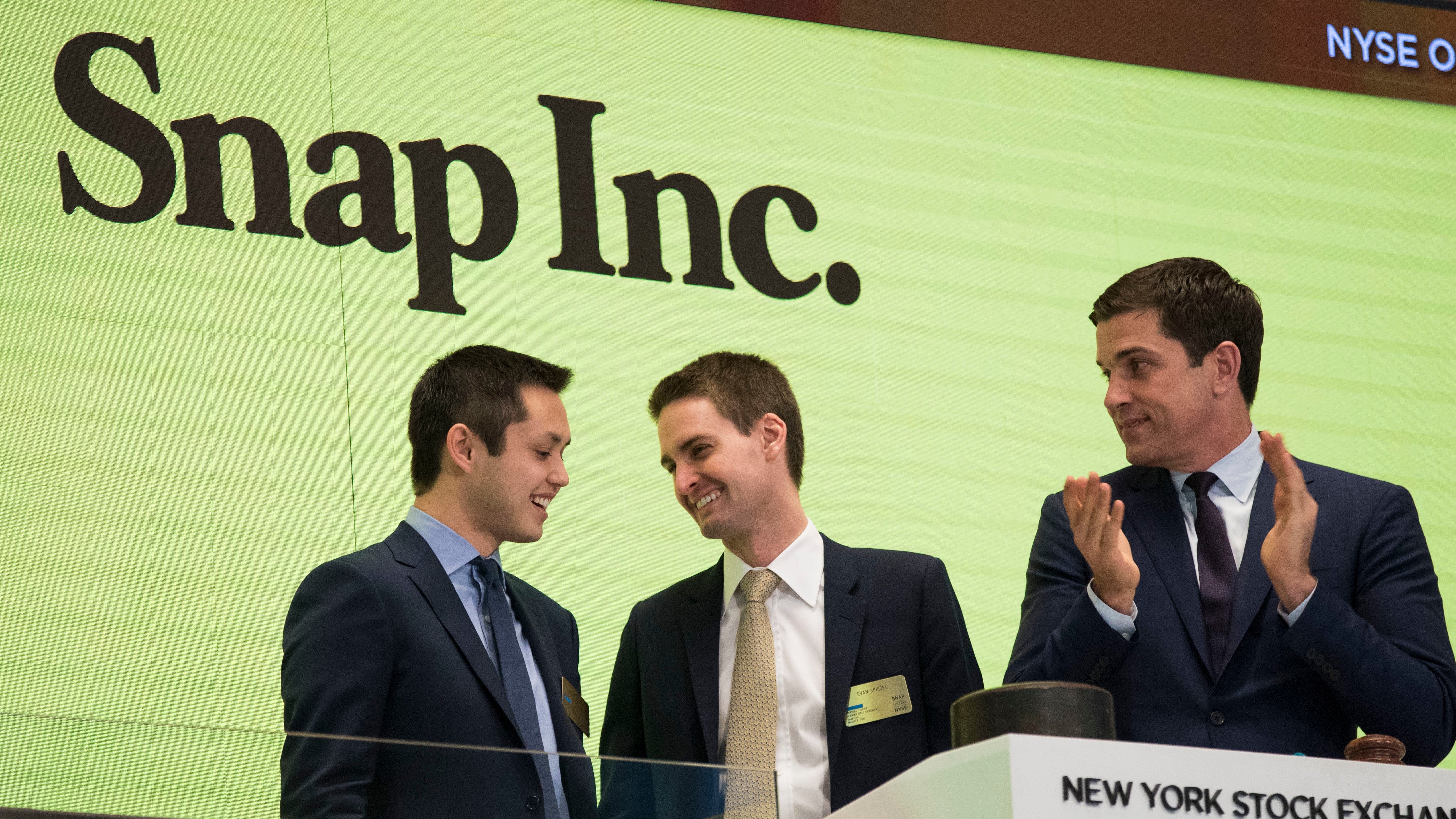 It sounds as though Snap's Los Angeles office has plenty of insufferable arseholes.

For example, according to a new report from Cheddar, an executive made a dick joke to a male colleague, and employees took part in an all-male push-up competition in the office. These are just a few of several instances contributing to what a former employee described as the company's "pervading sexist vibe".

The catalyst for the report was a memo software engineer Shannon Lubetich sent out to the engineering department in November on her last day of work at Snap. The email was reportedly sent to about 1300 of her colleagues and "widely talked about at the company for weeks," according to current and former employees who spoke to Cheddar. The email is in full below, as obtained by Cheddar:

The time for my (and I guess Tim's) departure is near, so I wanted to send some reminders.

An engineer can be Kind Compassionate Collaborative Outgoing, extroverted Loving, warm, friendly A person who takes more than 2 days off when their child is born A person who isn't straight, or doesn't want to get married and have kids A person who doesn't drink Red Bull or alcohol A person who admits that they're wrong A person who loves Council A person of colour A woman

It's fine if this list doesn't describe you. But it's not fine if you think, consciously or subconsciously, that these traits prevent you from being a good engineer.

It is my deepest hope that this company can be a place that is kind, smart, and creative. I'm just done fighting for it when very few other people seem to care.

All the best for snap,

While the email itself isn't overtly egregious, it not-so-subtly hints at the glorification of the stereotypical white male tech bro at the cost of disenfranchising or discriminating against anyone who might not match that dangerously accepted standard for an engineer.

Lubetich specifically had concerns with Snap's former vice president of engineering, Tim Sehn, the individual who allegedly made a "penis enlargement joke" with a male colleague during a discussion about a Snapchat filter. Sehn also left the company in November.

"I always tried to make Snap engineering as inclusive a place to build software as possible," Sehn told Cheddar in an email, apologising for his behaviour. "I understand how these incidents could undermine that hard work in a silly instant. I am by no means perfect but the feedback helped me grow."

Lubetich also said she told the company's HR department in September that all of the eight speakers during an all-hands meeting were white men. She said that Jerry Hunter, an engineering exec, told her that "he didn't realise" how that homogeny might be received.

Diversity reports have become common practices among the major tech companies in recent years - reports, it's worth noting, that can be flawed and misleading - but Snap has yet to follow the herd in this act of transparency.

The company did tell Cheddar that women hold 13 per cent of tech-related jobs and 22 per cent of director and senior management positions. But those numbers fail to include where people of colour stand in the company. Snap reportedly made these diversity numbers accessible to employees internally last year.

What's more, Lubetich said that she heard her male colleagues brag about taking short paternity leaves and call an employee soccer league "boys' night". The former is a sentiment expressed in her departure memo.

Cheddar's report also details a party hosted by Snap in which women were hired to dress in revealing deer costumes - like the filter - and pass out appetisers at a work party. The party took place last winter. CEO Evan Spiegel was in attendance and, according to the company's VP of communications Mary Ritti, "reported feeling uncomfortable" about the women.

"The intent was for these three performers to represent the deer lens - but it was a mistake and hasn't happened since," Ritti said, according to the Cheddar report.

While Spiegel reportedly was not a fan of the models at the party, it doesn't mean that he doesn't still hold any of the dangerous ethoses permeating the tech world. At a company meeting in March, when someone asked Spiegel whether Snap had a morale problem, the CEO reportedly said that it "may not be the right company for employees who don't want to work hard, or who aren't passionate about what they are building".

While this isn't a blatant remark discriminating against types of people, it does signal the type of ideology that might, say, discourage someone from taking too much time off work when they have a kid.

The type of work environment detailed in the report is far from unique; in fact, it's par for the course. But for a company that is seemingly screwed, and has had its share of deeply tone-deaf mishaps, it'd be in its best interest to work towards a more diverse and inclusive workforce. It isn't just the right thing to do. It's simply good for business.