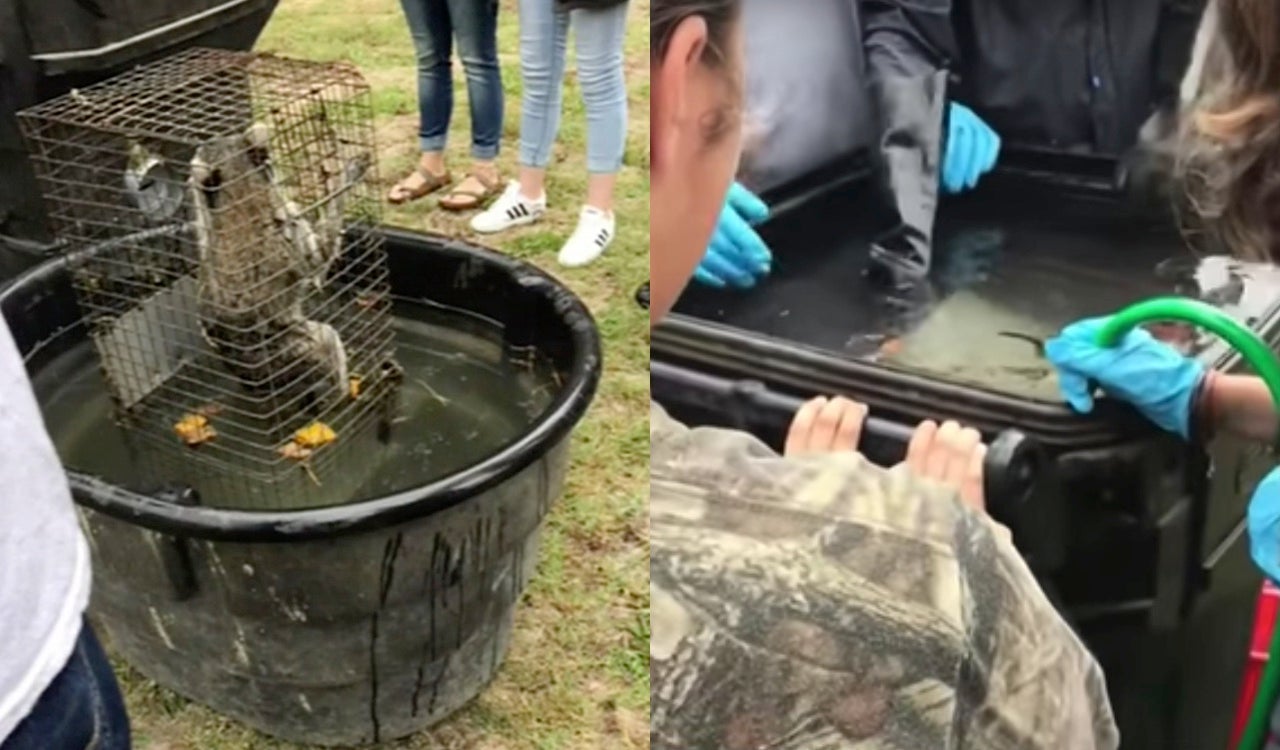 On Monday, a science teacher in Florida took his students outside and drowned two raccoons. According to one student, the reason given by the teacher was that the raccoons had killed some chickens housed behind the school. The raccoons were placed in wire cages and submerged underwater for several minutes until they were dead as students both participated and looked on.

The teacher, Dewie Brewton, has worked at Marion County's Forest High School for years and is now on leave pending an investigation. In blurred video from the incident obtained by local TV news outlet WFTV, someone can be seen pushing the raccoons underwater with a long pole.

It's not illegal to kill so-called "nuisance animals" in Florida, but some of the students were horrified and there didn't appear to be any scientific lesson in the killings, aside from just watching animals die. State law requires that nuisance animals be euthanised humanely.

"Marion County Public Schools is appalled at the actions of an agri-science teacher accused of killing nuisance animals in front of students earlier this week," the school district said in a statement released to WFTV.

The superintendent, Dr. Heidi Maier, has expressed a desire to see the teacher fired and both the Florida Fish and Wildlife Conservation Commission and the Florida Department of Health have opened independent investigations into the incident.

But the high school alumni group is standing behind the teacher and his actions. Forest High School's Future Farmers of America (FFA) Alumni released a statement on Facebook defending Brewton, describing him as a "man of faith" and blaming the media for reporting on the incident:

On behalf of the Forest High School FFA Alumni Chapter we would like to speak out about the actions that took place yesterday and today in regards to our FFA Advisor Mr. Dewie Brewton. We would like to say that we are 100% behind our advisor and everything he does for our children/students. This is a man who would give everything he had to make sure that his children/students are taken care of. He has always gone above and beyond his call of duty to ensure that his students had everything they needed. He has spent late nights, weekends and has provided around the clock support for his club and for his school. He is a man of faith and has always provided the wisdom and guidance needed for his students to succeed. He is a supporter of the agriculture industry and the FFA. The media is going to make this situation escalate to lengths that are unnecessary and we must stand together and focus on the facts. We must focus on all of the extremely positive and life changing things that this man has done for people. We must show our support for him in this time of need and show that we are one. Thank you for your continued support of the Forest High FFA Chapter and the Alumni.

Most news reports describe two raccoons being drowned, but WKMG in Orlando also mentions the possibility of a third animal being killed in front of the students. But the images that have been released are in some ways ambiguous.

Based on audio from the video, some of the students were very uncomfortable with the entire situation, appearing to judge that at least one of the animals didn't deserve to die.

"That one is like super super small," one of the students can be heard saying on the video. "That one probably didn't do anything."