This Talented Artist Has Envisioned An All-Women Knights Of Ren, And They Rule 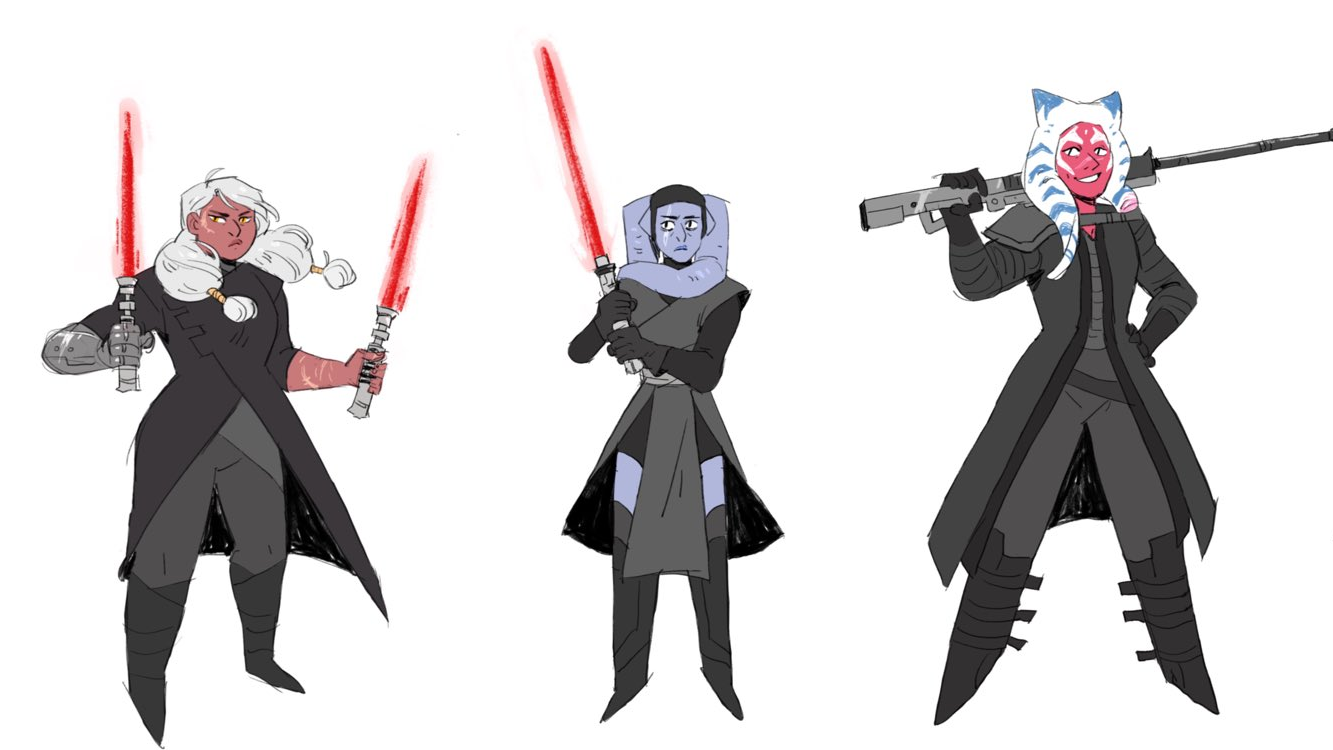 The Knights of Ren, Kylo Ren’s troupe of followers, first teased in The Force Awakens and given a possible backstory as fellow students of Luke’s disastrous Jedi academy in The Last Jedi, have so far been absentees from the new Star Wars movies. Who are they? What are they like?

Creator and artist Kate Sheridan, whose work we’ve featured before, has some ideas. Over on Twitter, she’s shared her own concept for an all-lady team of Knights of Ren to act as foils and frenemies to the wayward Ben Solo. All Force sensitive, all mildly sinister, and all stylish. They’re fantastic.

Here’s the ensemble, followed by their solo portraits and bios (shared with permission from the artist):

tyr ren. human (?), lost her arm fighting kylo ren during the destruction of the jedi temple, now has a cool metal one. angry, still here because she doesn't have anything else pic.twitter.com/kair2BE2RF

taslin ren, twi'lek. the youngest by far at seventeen, was a youngling when the temple fell. reserved and careworn, babied by the other knights. pic.twitter.com/ebqoB9fYtM

arha ren, togruta. is the only knight to not have a lightsaber, instead favors a kyber crystal-powered blaster. kylo hates this. disconcertingly friendly and easygoing, quick to laugh. hux is terrified of her pic.twitter.com/L5wacQXBL0

voxura ren, mirialan. the strongest of them in the spiritual aspects of the force, a kind of dark side priestess. quiet, often speaks in short cryptic statements, as one does pic.twitter.com/rRDAqViSlY

Sheridan also created a short comic showcasing the relationship between Kylo Ren and Tyr, which hits on a really compelling emotional note for both characters.

tyr and kylo have an interesting dynamic and by interesting i mean absolutely nightmarish pic.twitter.com/OzFy0Epr30

When and if Abrams and crew unveil their own concepts for the Knights of Ren, they probably won’t have much in common with Sheridan’s ideas. But, honestly, I dunno if they could do much better. Thanks so much to Kate for letting us feature her art!