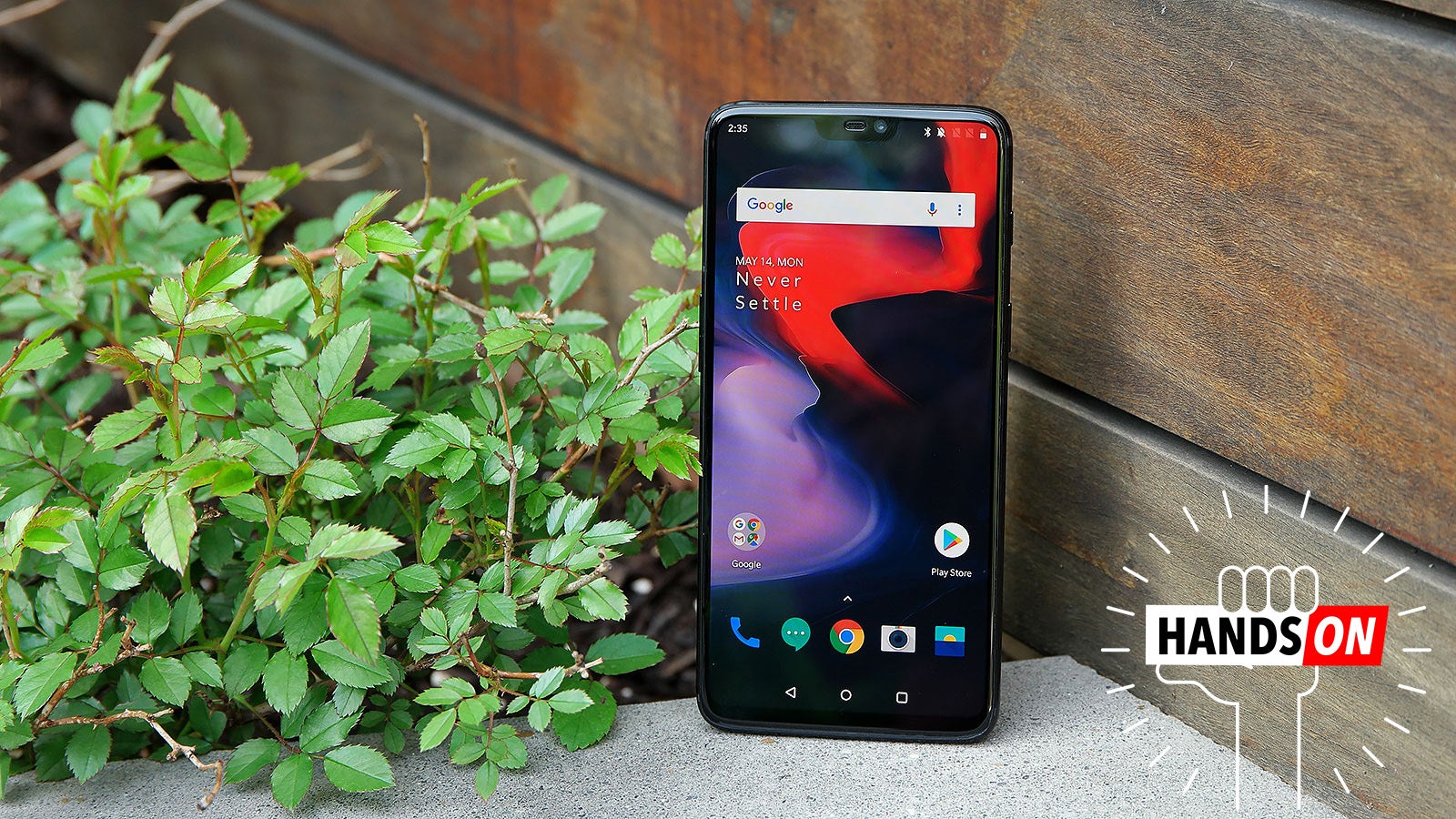 In its early days, OnePlus was often accused of copying big name phone makers. Insinuations peaked following the launch of the OP3 - which some feeling the company was just cribbing from the iPhone. But fast-forward two years later, and now it seems OnePlus has a new design inspiration because the new OnePlus 6 is looking at lot like a Galaxy S9+. There's just one major difference: It's got a notch. 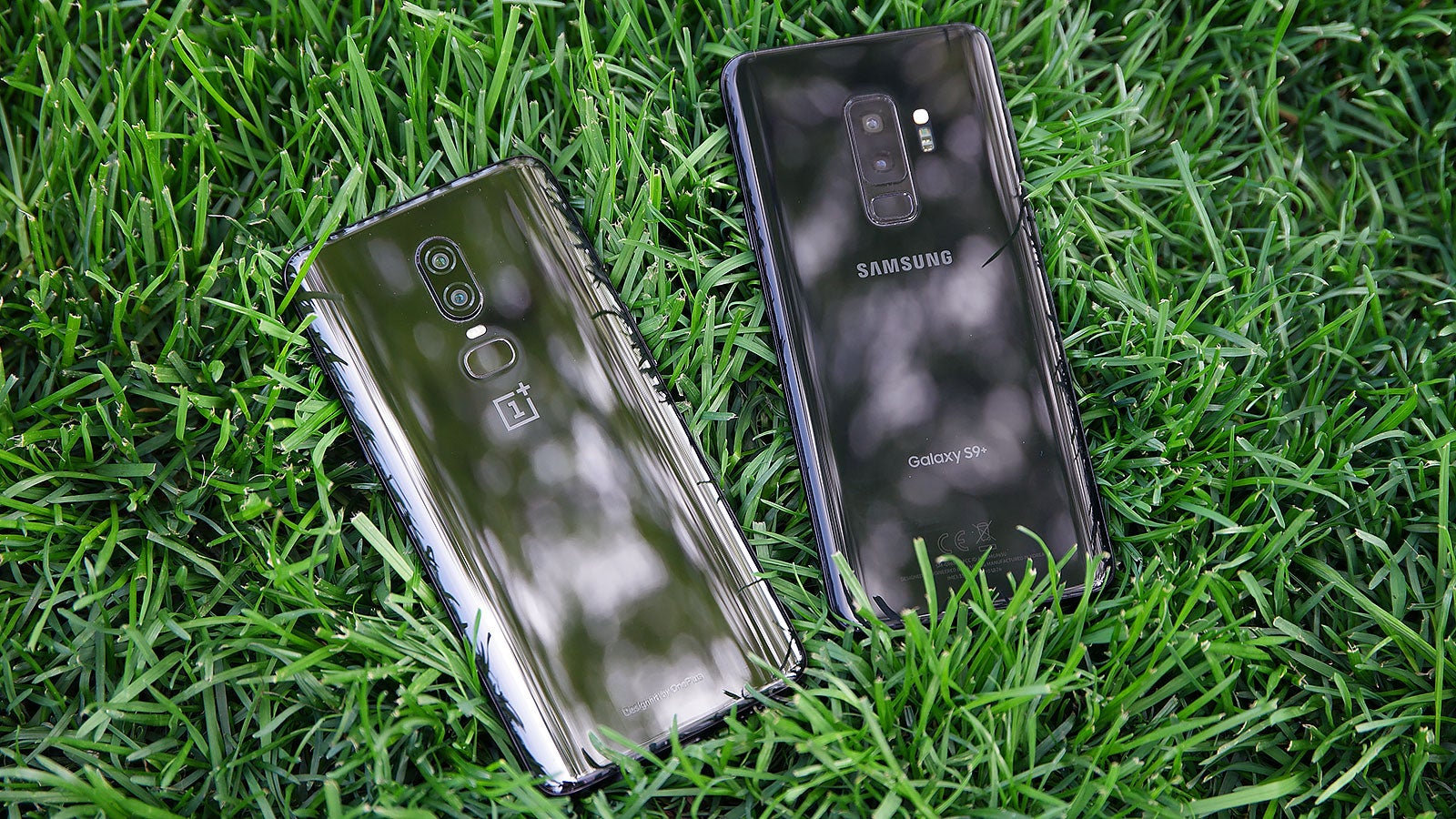 The OnePlus 6 and S9+ are practically the same size too. Photo: Sam Rutherford (Gizmodo)

Especially from the back, the similarities are quite apparent. Both sport rounded glass backs that taper down to gentle curves, vertically-orientated dual cam modules, and a centrally-located fingerprint reader below that. And even though its a small thing, I like that OnePlus has kept its headphone jack and signature alert slider, the latter of which lets you set the phone to silent, vibrate, or ringtone modes with a simple flick of your finger. 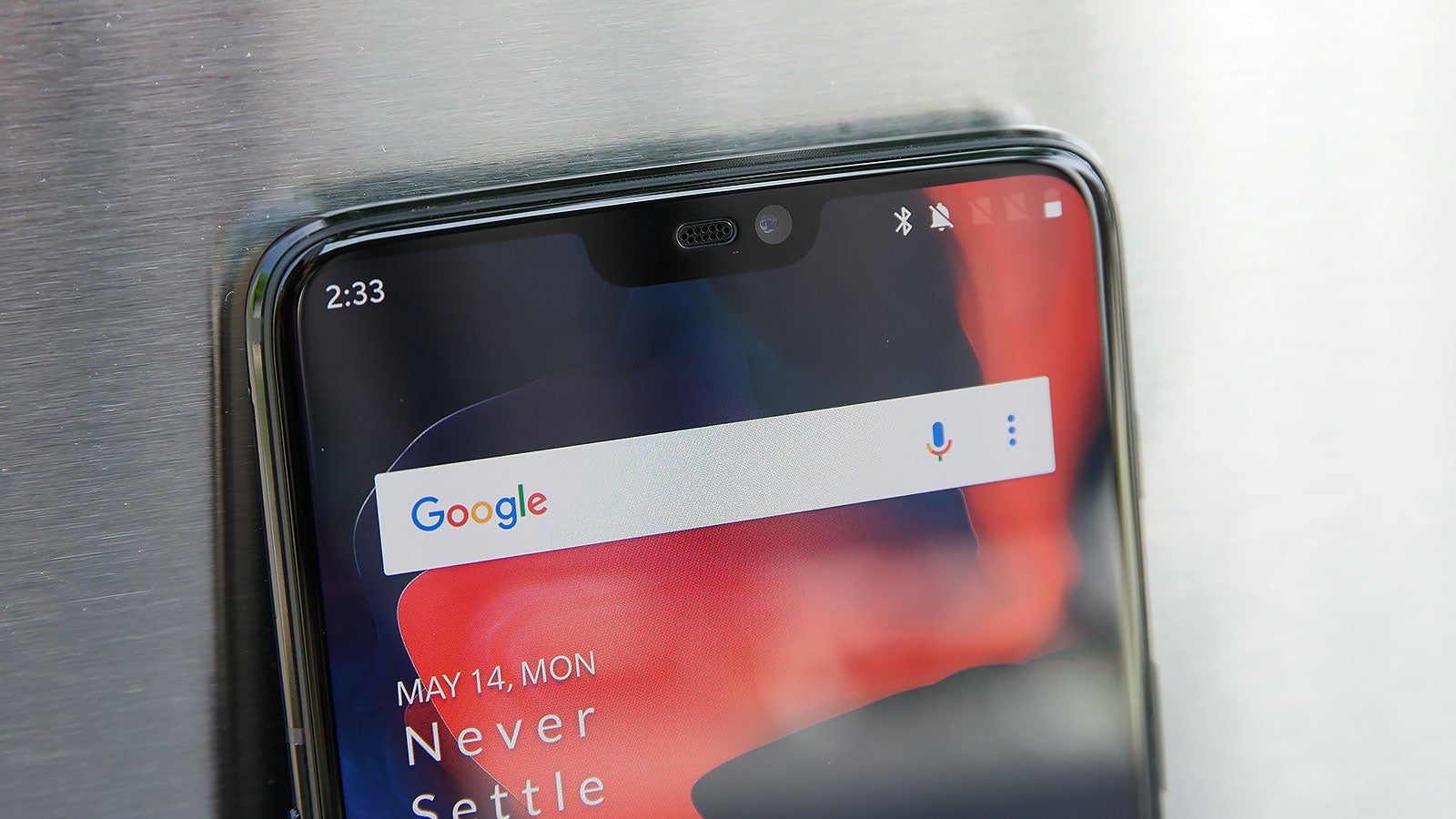 Meanwhile in front, the OnePlus 6 sports a slightly larger 6.28-inch OLED display (versus 6.2-inch for the S9+), due mostly to the presence of said notch. And if you're not a fan of the way that cutout looks, there is an option in settings to add black bars to either side of that protrusion to help make the display look a little more uniform.

The OnePlus 6 even has similar, or better, specs than the Galaxy S9+ depending on which config you go for. By default, the OP6 comes with the same 6GB of RAM and 64GB of storage as the GS9+, though that can be expanded to 8GB of RAM and up to 256GB of storage (a new high for OnePlus) if you don't mind paying extra. That said, there are a number of features the OnePlus 6 is lacking compared to Samsung's most recent flagship. 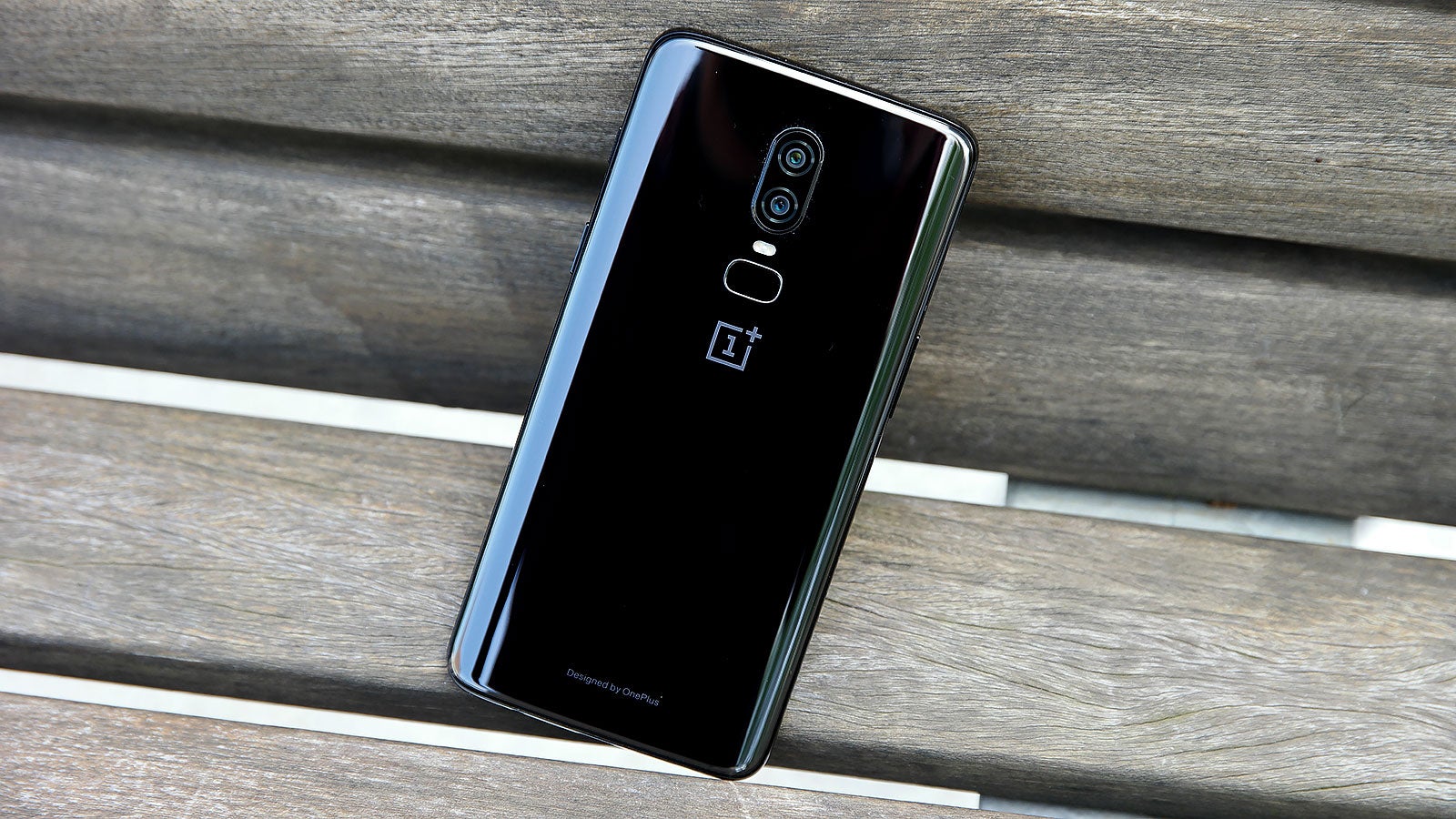 The main camera sports OIS and a 16-MP resolution, while the secondary cam used for depth of field effects is 20-MP.Photo: Sam Rutherford (Gizmodo)

Like previous OnePlus phones, the 6 doesn't have any form of certified water-resistance, and is also missing microSD card expandability (though there is room for two SIMs) or many of the nifty software features Samsung's includes on the GS9, like the built-in GIF maker or that Secure Folder program that lets you silo sensitive photos and documents on your phone. And while the OP6 does have face unlock, it only uses a 2D photo scan rather than more secure biometric solutions such as iris scanning or 3D facial recognition.

Around back, the OnePlus 6's cameras almost seem like they have taken a step backwards, because that second 20-MP camera's only function is to provide depth of field effects for the phone's portrait mode. I get that it often makes sense to focus on one thing and do it well, but I still feel like the zoom functions from the OnePlus 5, or the low-light cam from the OnePlus 5T could be more useful. However, OnePlus has tried to make up for this by adding a new slow-mo feature that captures 720p video at 480 fps for up to a minute. 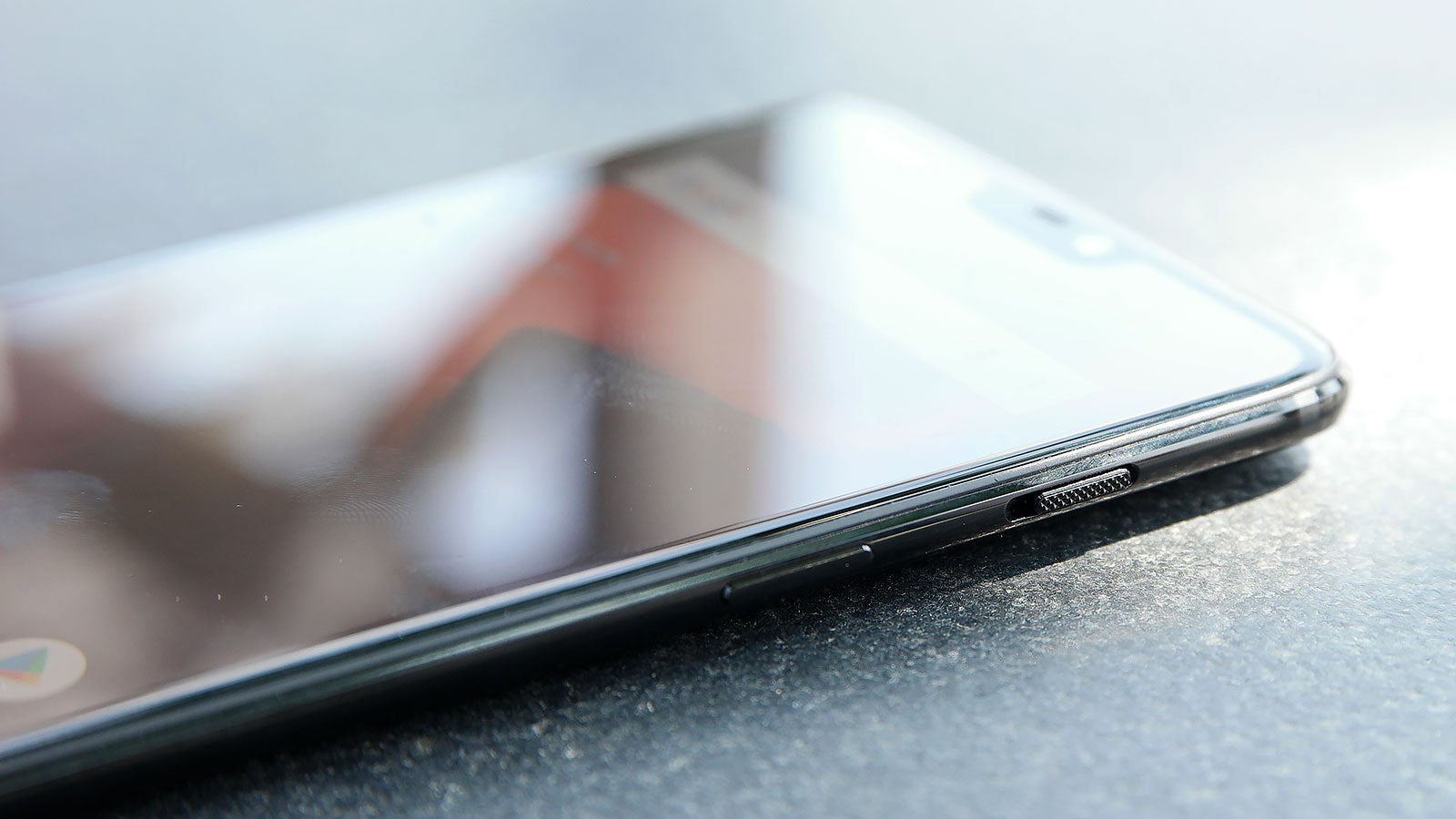 Lau's right - except that no one wants wireless charging for speed. It's about convenience. It's just so much easier to slap your phone down on a charging pad before you go to sleep or while you're working at the office, instead of needing to fumble around for a cord. And when you want to get up and go, you can, because you don't have to worry about one little wire tying you down. Before, there were good reasons for not having wireless charging, but they don't feel as true anymore. 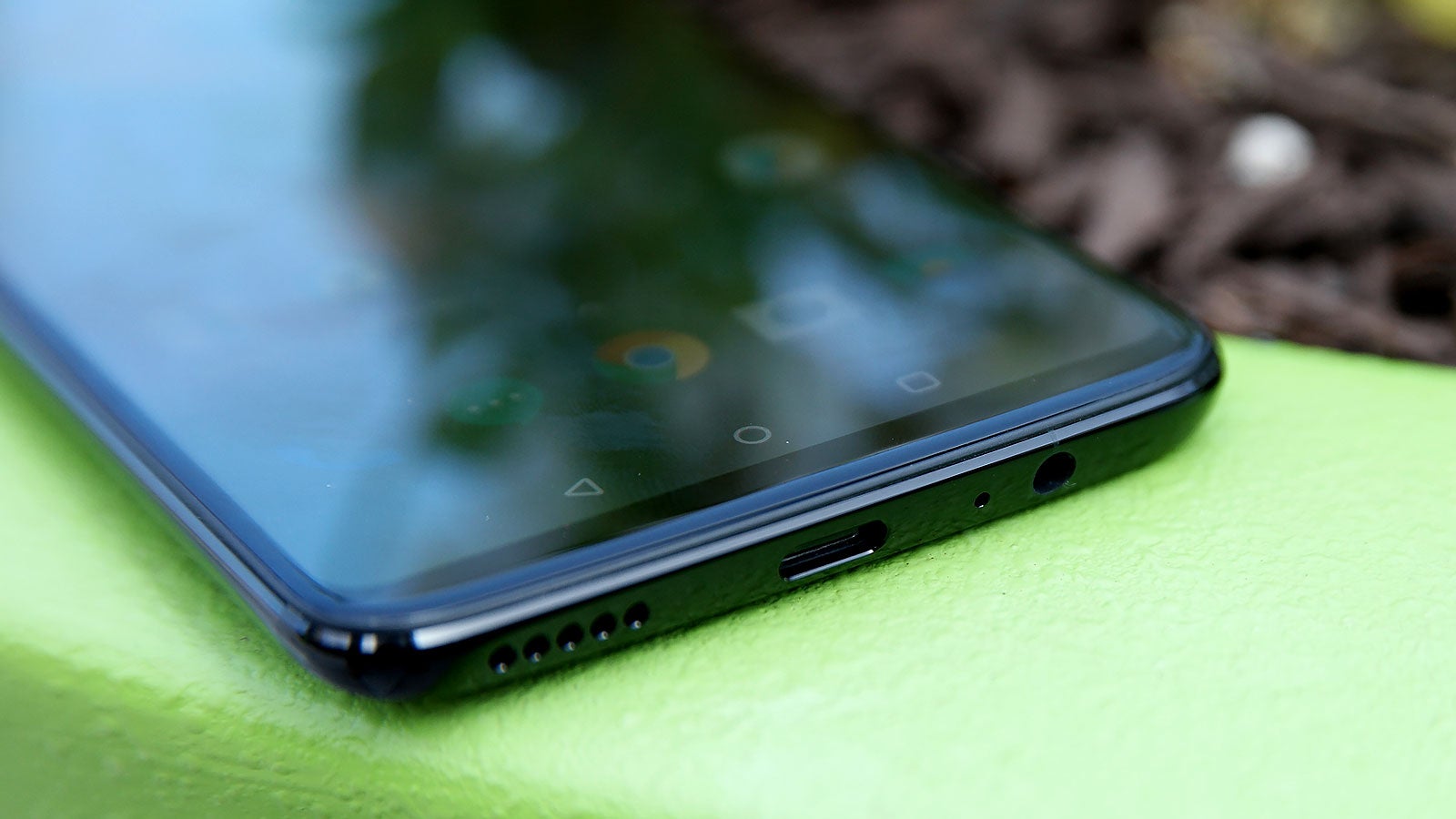 Still, wireless charging aside, the One Plus 6's specs look good, and it's a handsome enough phone, even if its overall design isn't exactly the most original or exciting. Also OnePlus is keeping with tradition, and hitting hard on price.

Sorry folks, we don't have the Aussie pricing yet!

Starting at $US530 (for 6GB of RAM and 64GB of storage) and available on May 22nd, the OnePlus 6 costs $US200 less than a Galaxy S9, and $US300 less than a Galaxy S9+. This gap is important, because as OnePlus phones have gotten more expensive over the years since the original $US300 ($398) OnePlus One, maintaining separation from more expensive premium handsets is even more critical. 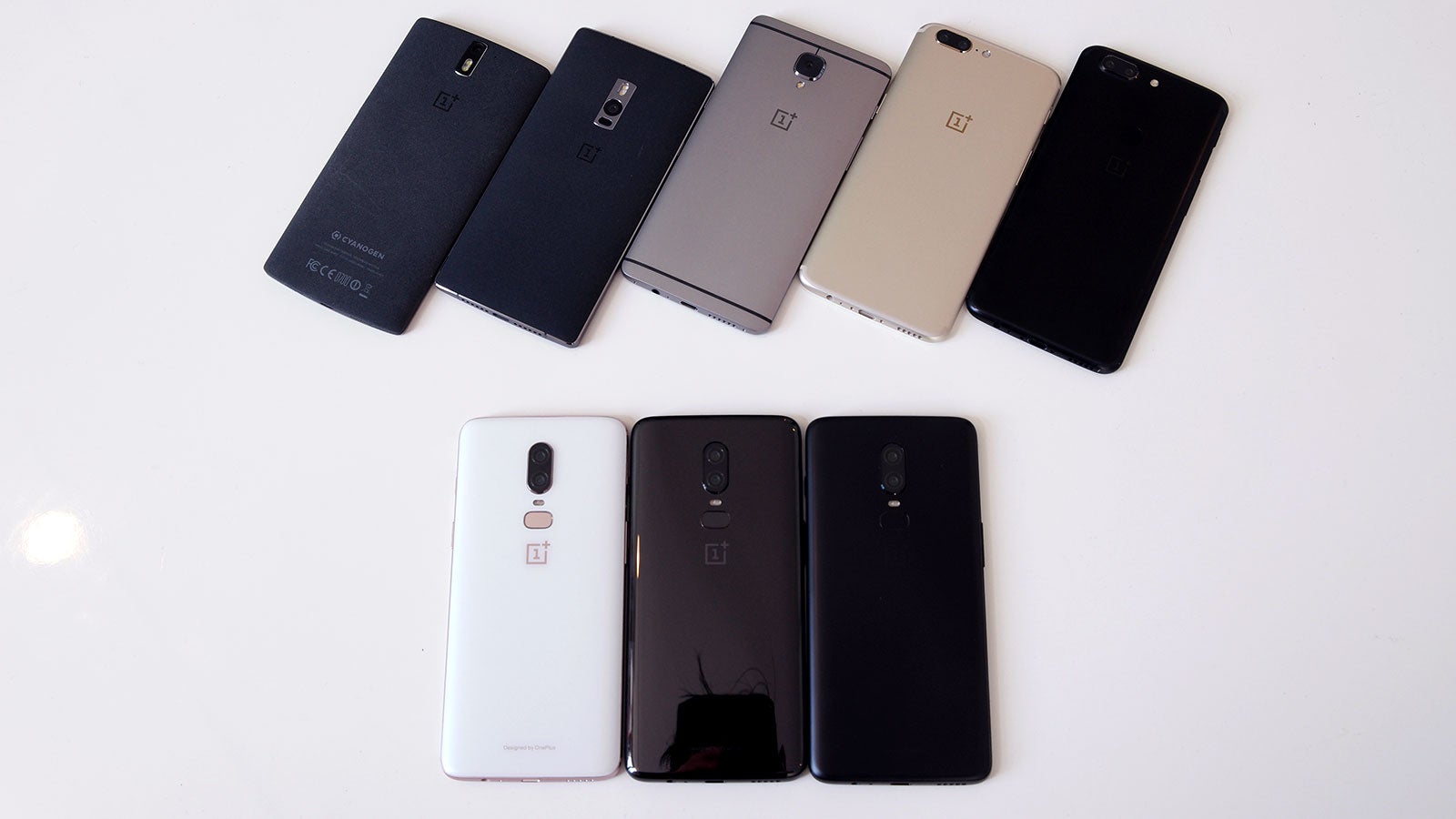 Initially, the OnePlus 6 will be available in a glossy mirror black finish and less reflective midnight black, with the silk white model arriving post-launch on June 5. Photo: Sam Rutherford (Gizmodo)

I'm also encouraged by a lot of the small tweaks OnePlus has made to the phone's software, like the optional gestures controls which in many ways are better than what Google has previewed in Android P, and a new gaming mode that's supposed to increase performance and reduce network latency. From the brief time I've spent with the OnePlus 6, it seems like a solid, and quite well-priced device. But to get a full picture, I still need to spend more time with it, so stayed tuned for a full review soon.