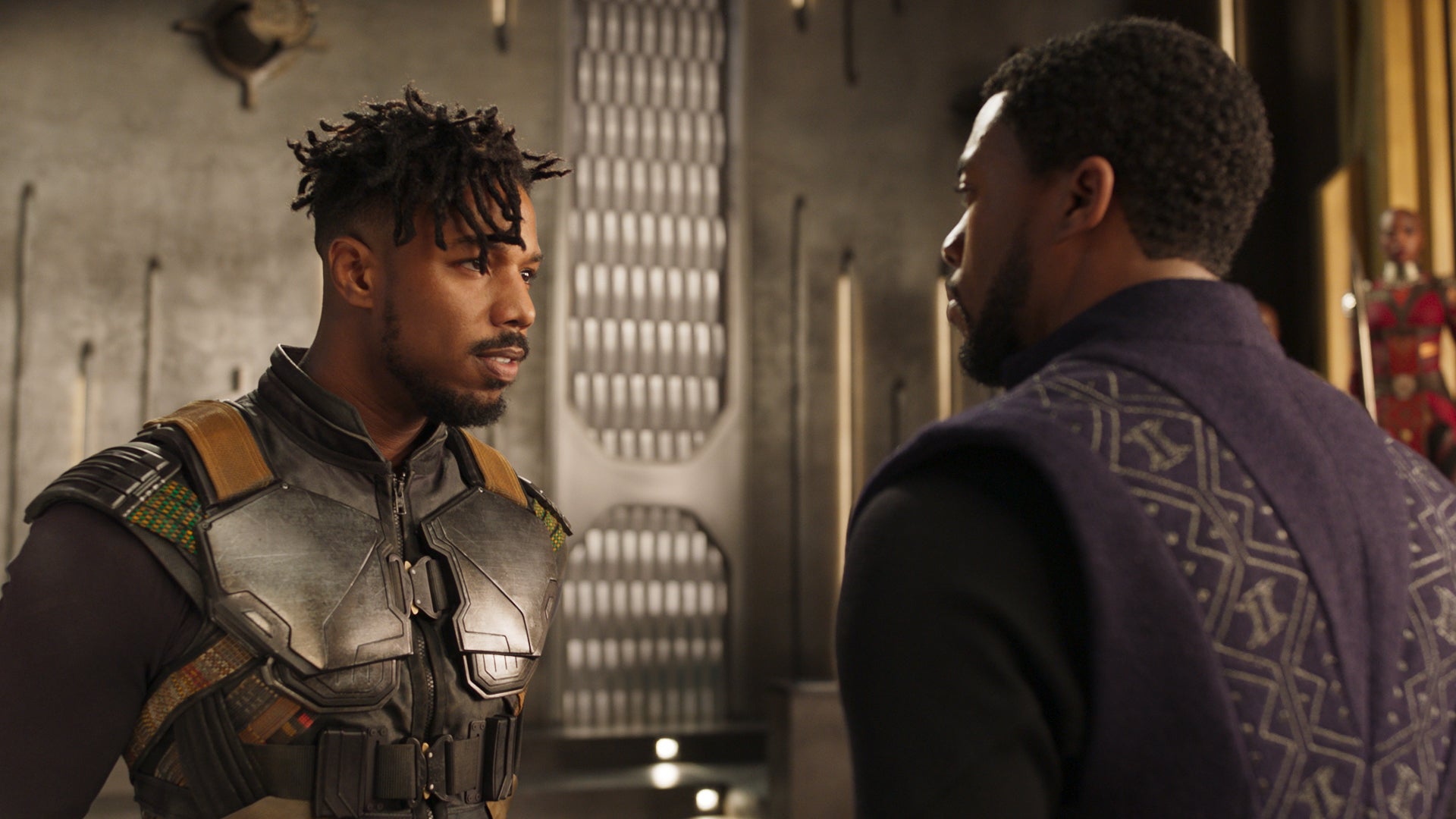 Erik Killmonger’s tragic life is even more tragic than you thought. In Black Panther, Killmonger’s backstory includes a mother whose presence is hugely influential but never seen: his father, N’Jobu (Sterling K Brown), fell in love with her, and that love caused N’Jobu to open his mind to the outside world, a choice that would come to transform Wakanda forever.

But what happens to her?

The answer, apparently, is connected to a scene early in the film, when N’Jobu and Zuri (played in the flashback by Denzel Whitaker) discussing something in an Oakland apartment.

“The idea was when you see those guys talking over the paperwork in the beginning of the film, they’re talking about a way to break her out of jail,” Ryan Coogler said on the Black Panther commentary track, as revealed by The Hollywood Reporter. “The idea was they never got her out, and she passed away in prison, so Killmonger didn’t come up with a mum either.”

What a hard life lived by Wakanda’s prodigal son. More details like these will likely be shared next week, on May 8th, when Black Panther releases on digital home video and May 15th, when it comes out on Blu-ray.