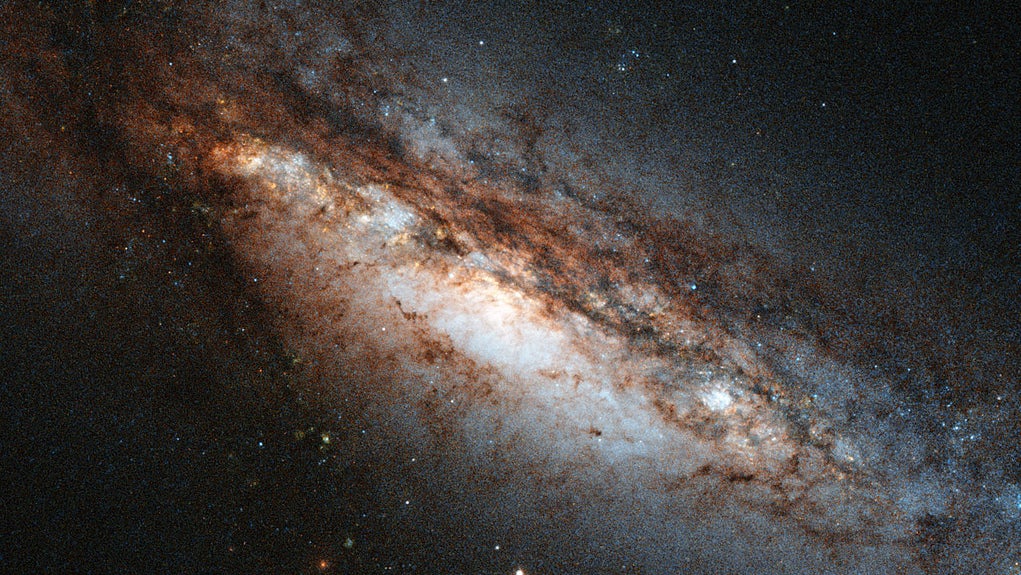 You might remember that about a year ago, astrophysicists turned the whole Earth into a telescope to try and get a picture of a black hole. That image isn't available yet, but the folks behind this "Event Horizon Telescope" just released data from previous observing periods and it's making us even antsier for the final results.

Scientists are fairly sure that nearly every galaxy has a supermassive black hole at its center — a compact but incredibly massive thing whose gravity warps space so much that light can't escape it. Our own galaxy's black hole is called "Sagittarius A*" and is four million times the mass of the Sun.

The EHT scientists analysed 2013 data, which included the first southern hemisphere telescope added to the EHT's network. Even using just this old data, scientists are getting really close to seeing the black hole.

So, again, these are not the results of the impressive 2017 observations. But even still, the scientists detected hints of structures near the black hole, at a distance three times the radius of the black hole's event horizon.

The event horizon is basically the "last chance to escape" sign for light before it plunges into the black hole's inescapable darkness. The addition of the 12-meter APEX radio telescope in Chile made the improved resolution possible.

Basically, the structure is "closer to Sag A*'s event horizon than Mercury is to the Sun," Grant Tremblay, astrophysicist at the Harvard-Smithsonian Center for Astrophysics, told Gizmodo. "That is a profound technical achievement, and an early demonstration of the EHT's potential."

The Event Horizon Telescope is a network of typically around 10 telescopes (some have left, others are joining, but currently there are nine) all trying to take a picture of Sag A*. They use a method called Very Long Baseline Interferometry to create a combined image. Consider that a telescope is basically a mirror that focuses light into a lens to create an image. With VLBI, instead of a mirror combining the light, the data from all of the different radio telescopes is brought to one place, compared, and aligned based on the time it arrived in the dishes.

The EHT has been trucking along for several years, adding new telescopes along the way. The much-hyped 2017 run occurred doing two weeks last April. The data from the South Pole Telescope only joined the rest of the data in December of 2017, so it's all still being analysed.

In addition, the team wrote in a recent statement:

The EHT team has spent many months first studying the combined data to make sure that all the detrimental effects that could degrade the event horizon image are fully understood. These effects include turbulence in the Earth's atmosphere as well as random noise and spurious signals added by our own instrumentation.

Furthermore, this year the group re-observed Sag A* (as well as the black hole inside the galaxy M87), with the addition of a telescope in Greenland. "These new observations, with a greatly improved EHT, will allow us to study changes in our target black hole sources, as well as confirm any results from the 2017 data."

So if you were wondering, that's why we haven't shared any mind-boggling black hole images from the EHT just yet — they're still being worked on, and we'll have to rely on teasers like these until the big release.