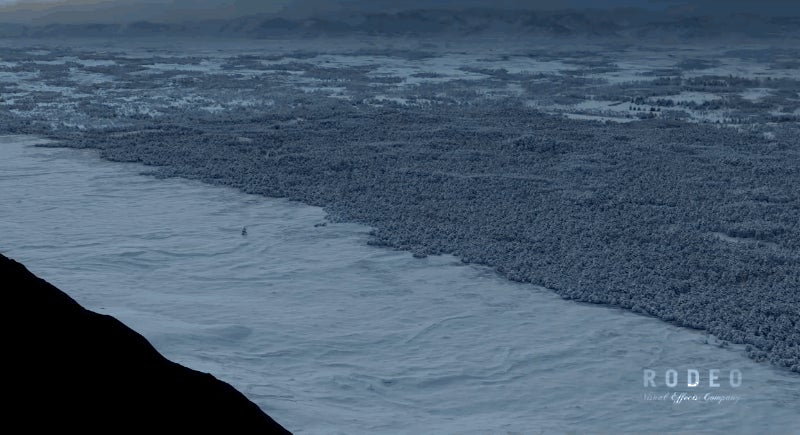 While not matching Red Wedding-level heights of surprise and suspense, Viserion destroying the Wall is poised to be one of the most game-changing moments in all of Game of Thrones. Now, you can see how this award-winning demolition was put together, as well as how the show turned a regular horse into an undead demon creature.

Digital arts company Rodeo FX has released a video showing some of the visual effects it worked on for season seven of Game of Thrones. You've got the sea battle in episode two, which shows how the team created a fleet of ships out of basically nothing. But the real magic comes from watching how it made the epic closing scene from "The Dragon and the Wolf," where good dragon-turned-evil dragon uses his blue fire to shatter the Wall to icy smithereens.

According to the studio, since the Wall was so massive, it had to be split into multiple shots before it could be digitally constructed. And the crew covered every base, creating things like powdered snow, water splashes, and debris to make the Wall look like it was really collapsing into the sea. Also, that fire coming out of the dragon was totally real - it just had to be turned blue first.

The team won the Visual Effects Society award for Outstanding Effects Simulation, and it's really no surprise. It's an achievement. A terrifying, apocalypse-bringing achievement.