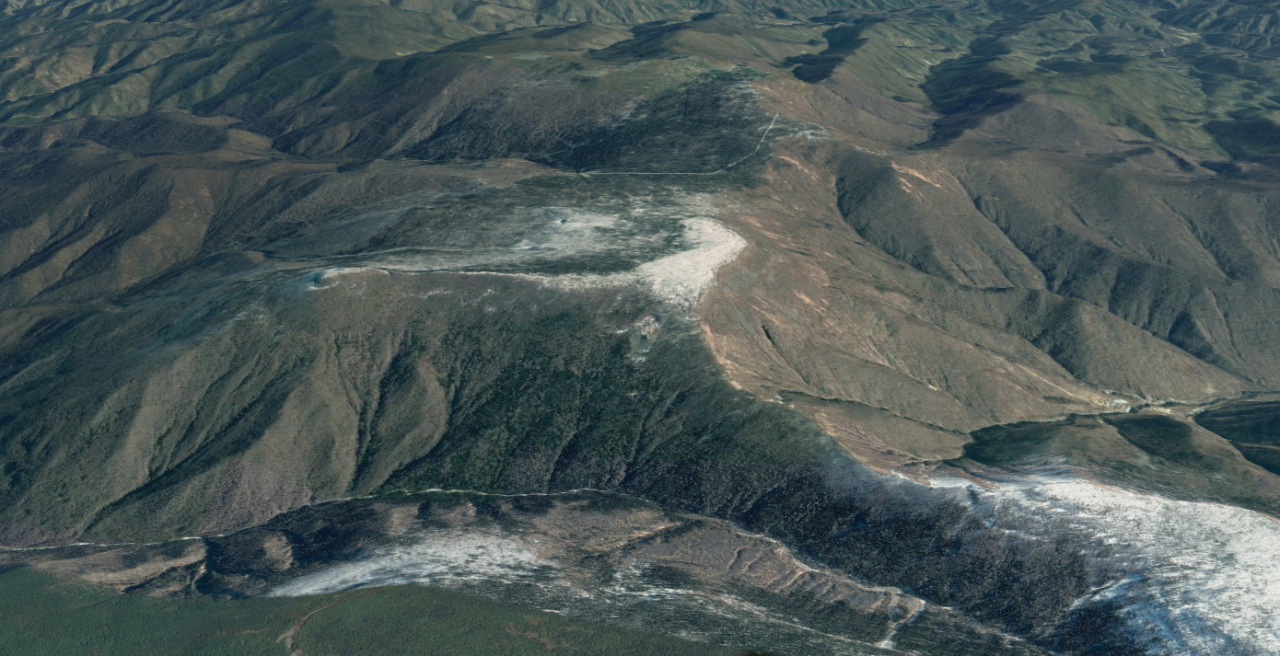 By combining satellite radar with seismic data, an international team of researchers has reassessed the effects of North Korea’s most recent nuclear test at Mount Mantap, offering disturbing new estimates for the strength of the device used and its influence on the mountain itself.

In 2003, the Democratic People’s Republic of North Korea became the first country to withdraw from the 1968 Treaty on the Non-Proliferation of Nuclear Weapons. Starting in 2006, North Korea began a series of nuclear tests, each one stronger than the last.

On 3 September 2017, the country tested its sixth and most powerful nuclear device yet, a possible hydrogen bomb that triggered a magnitude 6.3 earthquake, and the collapse of the nuclear test chamber itself. Unconfirmed reports also suggested a tunnel collapsed soon after the test, allegedly killing hundreds of workers.

Since the 2017 test, scientists have sought to understand the magnitude of the subterranean blast, both in terms of its potential destructive power and its effects on the local geology. To do so, scientists have primarily studied seismic waveforms, which at best offer rough estimates of the bomb’s strength and impact on Mount Mantap, the location of North Korea’s Punggye-ri nuclear test site.

A new study published today in Science is now the first to comprehensively combine remote sensing in the form of satellite imagery with seismic data to produce an updated picture of the geological events that transpired in the immediate wake of the September 3 explosion, while subsequently producing new estimates of the bomb’s power.

For the analysis, a team of researchers from Nanyang Technological University; the University of California, Berkeley; and several other institutions used the synthetic aperture radar (SAR) instrument on TerraSAR-X, a German satellite capable of measuring horizontal and vertical displacement at a resolution of a few meters. Unlike optical sensors, SAR transmits electromagnetic waves and records the signal reflected back from Earth.

After combining this satellite data with seismic waveform data, the researchers used 3D computer models to assess the full impact of the nuclear test. According to the new models, the detonation chamber was located about 450m below the summit. Mount Mantap is 2205m high, which means the test chamber was relatively shallow.

The researchers also detected traces of an aftershock event, the centre of which was located 700m south of the main quake generated by the explosion, which can be taken as possible evidence of the reported tunnel collapse.

Incredibly, horizontal motions suggest the mountain pushed out about 3.5m in a west-southwesterly direction following the explosion and a significant compaction event. Teng Wang, a scientist at Nanyang Technological University and a co-author of the new study, said this large horizontal motion came as a complete surprise.

“We have never seen such large displacement caused by human activity via SAR imagery,” said Douglas Dreger, a scientist at the Department of Earth and Planetary Science, University of California-Berkeley and a co-author of the study. “But the vertical displacement is much smaller comparing to the horizontal displacement. We later figured out that this is due to the gravity-driven compaction after the explosion.”

The researchers also came up with new estimates for the bomb’s power, which they did by combining the newly determined depth of the explosion with seismology data, among other geological factors. The device’s most likely strength is 209 kilotonnes, with a substantial margin of error ranging from 120 to 304 kilotonnes of TNT equivalent.

The upper bound of this estimate is among the highest proposed for the September 3 test. If accurate, it would make the bomb 20 times more powerful than the one used at Hiroshima in 1945.

Moving forward, the researchers would like to improve their techniques to produce even better results, and constrain their estimates even further.

“While we took the topography into account for this study, a uniform elastic structure of the mountain was assumed,” Dreger told Gizmodo. “Future work will consider more complex non-uniform elastic structure.” In other words, the researchers assumed that the mountain’s integrity and ability to “bend” was consistent across the entire structure, which isn’t necessarily the case.

He said there are plans to look at subsequent satellite radar images to see if there was a period of slow deformation following the explosion, and also plans to consider more realistic geologic (elastic structure) models to study the data.

No doubt, refinements need to be made, but as the authors conclude in their study, “Our results demonstrate the capability of spaceborne remote sensing to help characterise large underground nuclear tests.”

Late last month, North Korean leader Kim Jong Un said he was closing down the nuclear test site, saying there “is no reason for us to possess nuclear weapons”. The decision was likely strategic given pending talks with the United States, but the site’s closure may also have something to do with the collapse of the detonation chamber.