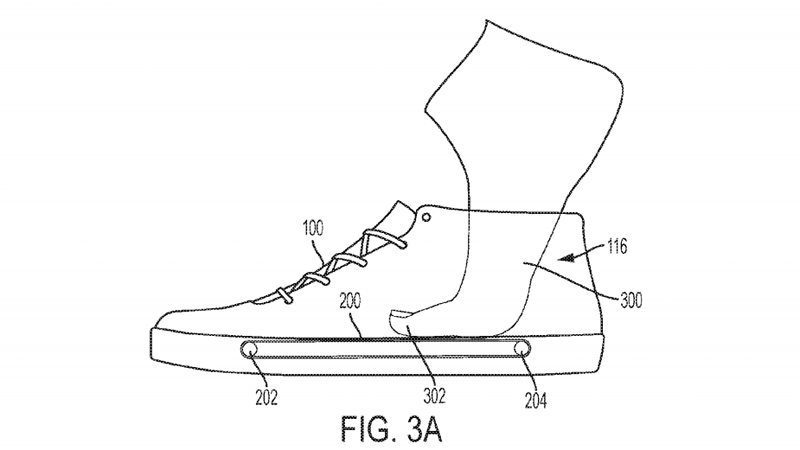 A recently published patent filed by Nike depicts a new "rotatable conveyor element" designed to help people put on their shoes. Essentially a tiny treadmill, the proposed device is a conveyer belt that's embedded in a shoe's insole and "configured to rotatably engage a body part of the wearer as the foot enters the space and draw the foot into the space," according to the patent first spotted by Digital Trends.

Here's the mock-up from the patent: 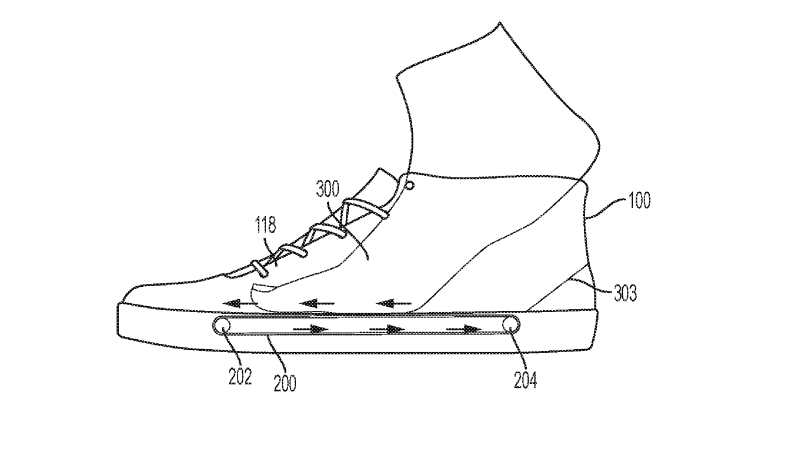 Interestingly, the patent suggests the treadmill device could be motorised and "coupled to an activation mechanism, such as a switch or mechanism to detect the presence of a foot". The patent also mentions the possibility of a rechargeable battery paired with a kinetic energy generator, "such as a piezoelectric generator or other suitable power generation mechanism".

A footstep-powered, sock detecting mini-treadmill is likely just a concept, but such a device would likely be very well received by Nike fans who have difficulty putting on shoes the old-fashioned way due to, say, an injury, arthritis or cerebral palsy.

It should be noted that there's no word on if or when Nike would make such a shoe, as many patents are filed without concrete plans to move on them.