Letitia faces nightmares unreal and all too real. (Image: HBO)

In the New Trailer for Lovecraft Country, the American Dream Is... 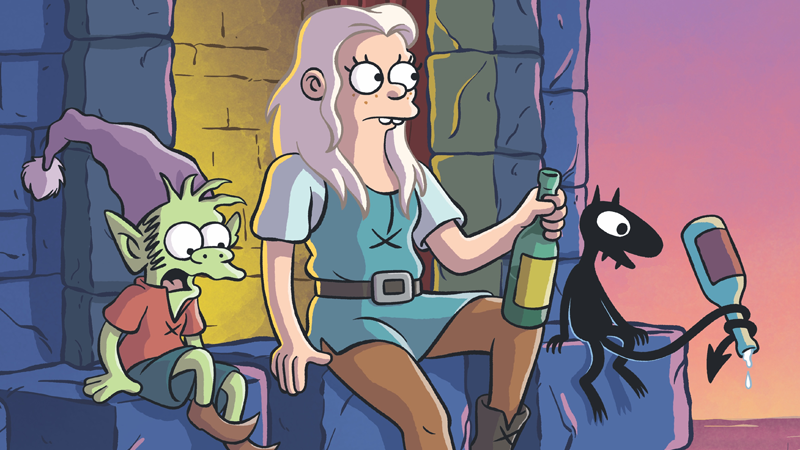 After The Simpsons, Matt Groening took to the future for his jokey love letter to science fiction in Futurama. Now, he’s planning on doing something similar for fantasy in his new Netflix series Disenchanment – and we finally have our first look.


After releasing brief teasers on social media yesterday, Netflix has officially revealed images from the 10-episode first season of Disenchanment, giving us our first look at the hard-drinking princess Bean (Abbi Jacobson), who decided ruling a kingdom is boring and sets out on a series of misadventures with an elf named, err, Elfo (Nat Faxon) and her very own demon, Luci (Eric Andre). 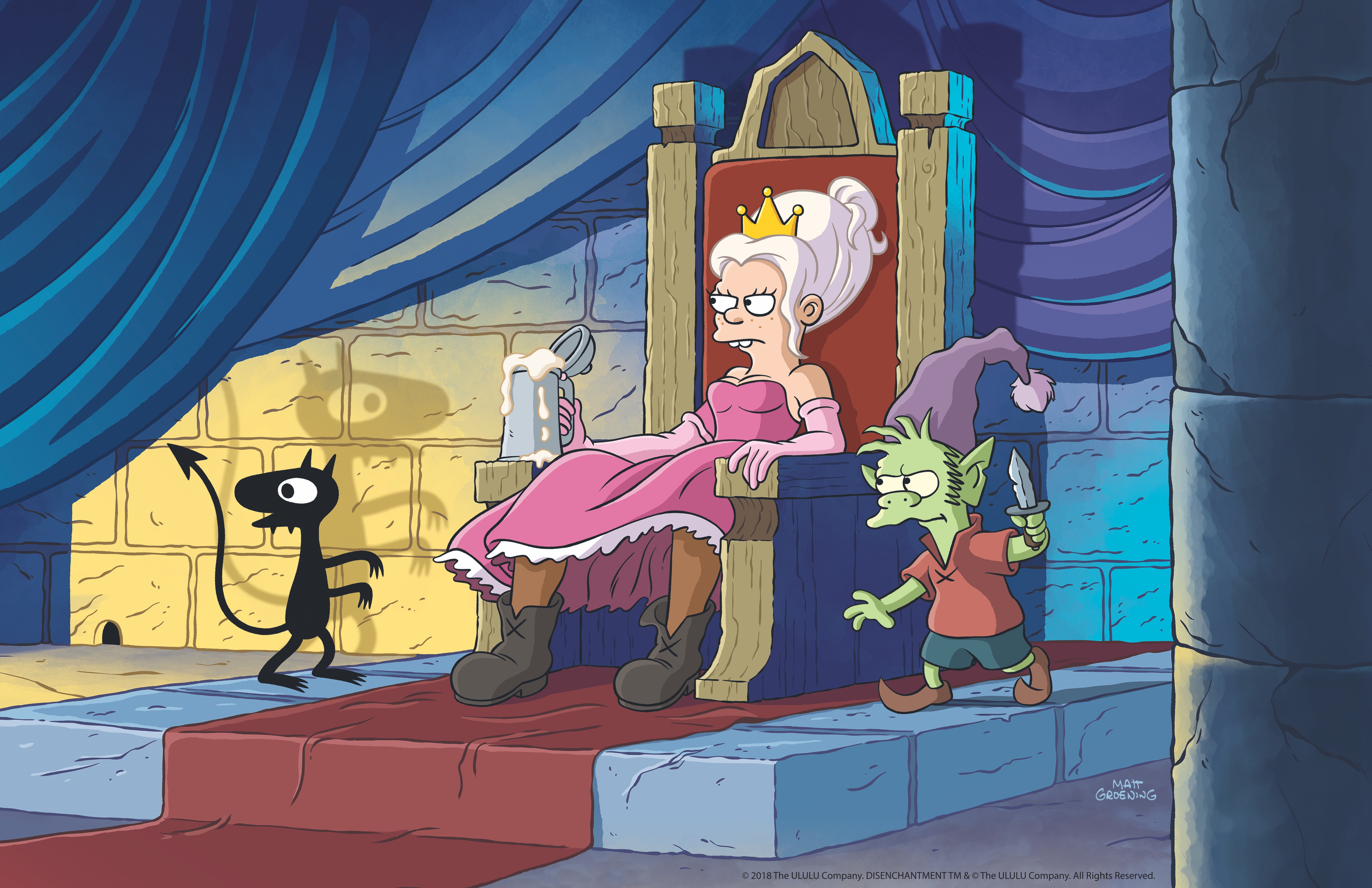 The series will be animated by Rough Draft Studios, which also worked on Futurama – and the connections to Groening’s beloved scifi series won’t stop there, with a whole host of alumni from the show providing their voices to Disenchantment, including John DiMaggio, Billy West, Maurice LaMarche, and Tress MacNeille, alongside a host of other voice actors. Hopefully Disenchantment‘s take on fantasy will be just as fun as Futurama‘s playful ribbing of scifi – and it won’t be long before we know. Disenchanment‘s first season drops all 10 episodes on Netflix August 17.