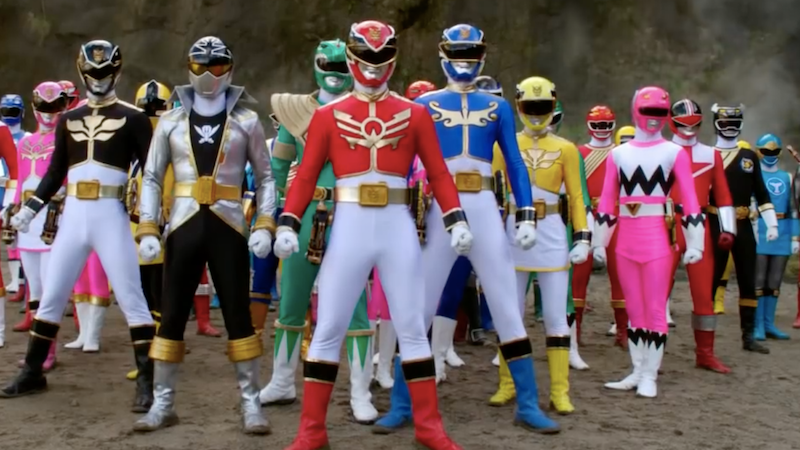 Earlier this year, Saban Brands made the surprise announcement that Hasbro was taking over the merchandising licence for the Power Rangers franchise in Western markets, but as it turns out, that was only the beginning. Today, Hasbro announced that it has agreed to purchase the rights to the entire Power Rangers licensing deal from Hasbro outright for over half a billion dollars.

In a public statement, Hasbro chairman and CEO Brian Goldner explained the straightforward logic to the toy manufacturer's decision to buy one of the rights to the IP:

Shortly after entering into our licensing arrangement, it became clear that now was the time to begin investing in unlocking Power Rangers' full potential. We see significant opportunity for Power Rangers across our entire Brand Blueprint, including toys and games, consumer products, digital gaming and entertainment, as well as geographically throughout our global retail footprint.

Going forward, Saban will stay on in an advisory role to Hasbro, but the Power Rangers are now in new hands, which could mean significant changes for the franchise's future.

While it's unlikely that the production/localisation process for upcoming seasons of Power Rangers will change very much, what's less obvious is whether Hasbro has any intention of sticking with the franchise's recent cinematic reboot, which was not the financial success Saban intended it to be (it only made $US142 million [$190 million] worldwide on a $US100 million [$134 million] production budget.)

Obviously, Hasbro's in the action figure game for the long term and it's going to want to capitalise on the Power Rangers IP as much as it possibly can for as long as it can. Let's just hope, though, that the Rangers' future isn't just limited to churning out a bunch of toys.