Forget Aliens: On The Expanse, Humans Are Now The Scariest Thing In The Universe 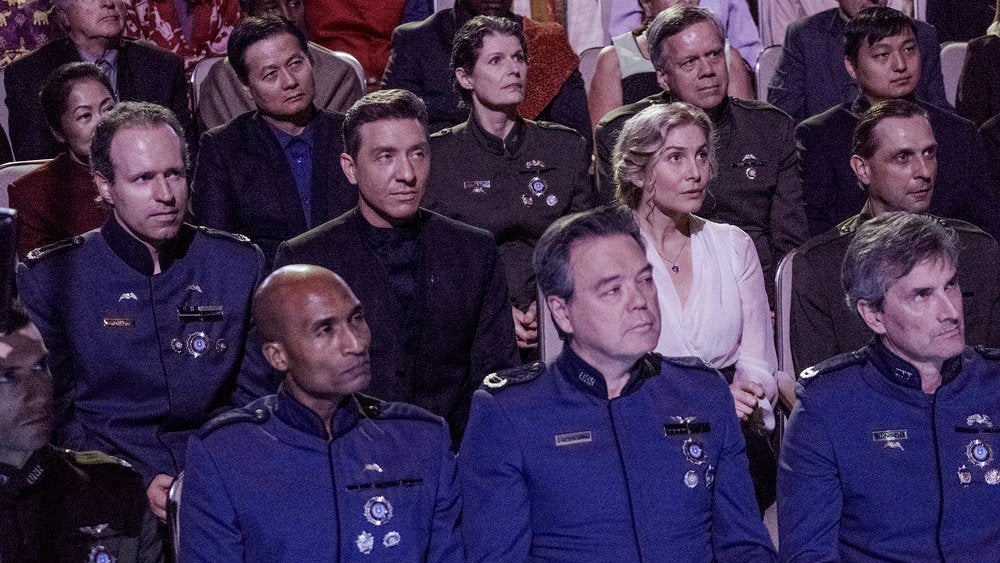 Remember when the scariest thing on The Expanse was the alien protomolecule? This week’s episode, “Reload”, reminded us that the real threat to all of humankind is… well, humankind itself, with a few men in particular trying very hard to ruin life as we know it for everyone.

Earth, space and Io are once again the main settings; the first two drive the plot forward, but the isolated moon gets to bust out a classic Expanse last-act twist – something so shocking that it overshadows everything that came before.

The Roci/Contorta is running dangerously low on ammo, so the crew zeroes in on a damaged but still-intact Martian ship as a likely source of some usable supplies. While they do find what they need, they also encounter a trio of hot-headed young Martian marines who’re very grateful to be rescued – until they realise the Roci is, shall we say, a very unconventional vessel.

Determined to rejoin the war, the kids try to take the ship by force, until unlikely peacekeeper Bobbie Draper (Frankie Adams) steps in to explain that it’s unwise to enter any conflict until you understand who your real enemies are, a lesson she learned the hard way last season.

Bobbie is clad in power armour that can turn her into a superhero if she needs to use force – but she doesn’t. She uses calm and convincing words to diffuse the situation, and it ends without violence. Avasarala (Shohreh Aghdashloo) just might be rubbing off on her in some surprising ways.

Speaking of Avasarala, she’s understandably desperate to convince Holden (Steven Strait) to let her send out a message that proves UN undersecretary Errinwright (Shawn Doyle) is corrupt as hell. The war between Earth and Mars, which Errinwright orchestrated based on a lie, is getting worse, and he also has UN Secretary-General Sorrento-Gillis (Jonathan Whittaker) in his pocket – a fact that’s made very clear when Sorrento-Gillis gives a fiery speech to the General Assembly that’s basically an anti-Mars screed.

“But wait,” you’re saying. “I thought he dragged Anna (Elizabeth Mitchell) to New York specifically to write that speech. Shouldn’t it have been filled with messages about unity, not warmongering?” Yes, it should have… and half of it was. As Anna watches in horror, her old frenemy Sorrento-Gillis switches from her carefully-penned speech midway and starts speaking words only Errinwright could’ve convinced him to say.

In the aftermath, a smirking Errinwright thinks he’s won, especially when Anna prepares to leave New York in a huff. But as she’s getting her things together, she gets a secure message from you-know-who, exposing Errinwright for who he really is… so it seems as though she might be sticking around after all.

Avasarala also sends her message off with one of the Martian marines, instructing the dumbfounded kid to pass it on to his commanding officer, as well as to the UN fleet’s Admiral Souther (who we didn’t see this week, but who’s presumably still en route to Io, even if he did lose command of his ship to one of Errinwright’s military puppets).

Which brings us to Io, where Errinwright’s former partner, disgraced billionaire Jules-Pierre Mao (Terry Chen), is prepping to flee with all the children who’ve been subjected to Dr Strickland’s (Ted Atherton) cruel experiments. Mao thinks the protomolecule hybrid project is dunzo, since the kids they’re trying to turn into obedient, glowing blue supersoldiers have all proved medically unstable.

But just when The Expanse makes you think Mao has made a huge character shift and has become one of the good guys, it reminds you that this is the guy who sacrificed his own daughter to protect the protomolecule. When precocious Mei (Leah Madison Jung) insists on seeing her best friend before leaving Io, Mao forces Strickland to open the confinement cell where the boy – who’s now 75 per cent blue goo, and has started speaking like a robot – is being held.

You’d think the gruesome sight of the boy’s nurse, ripped into precise pieces – much like the Arboghast was when it hovered over the protomolecule structure on Venus – would be enough to turn Mao away from the project forever. (It certainly sends little Mei cowering out of the room.) But instead, Mao takes everything in and realises the child is somehow communicating with the protomolecule.

“You were right to continue. He’s the key to everything!” he says in wonder to an appreciative Strickland. The band is back together! That’s just great. So if Errinwright’s missiles don’t wipe us out first, Strickland’s pint-sized blue posse will be along shortly to finish the job. Seems like a great time to be a Belter right about now. 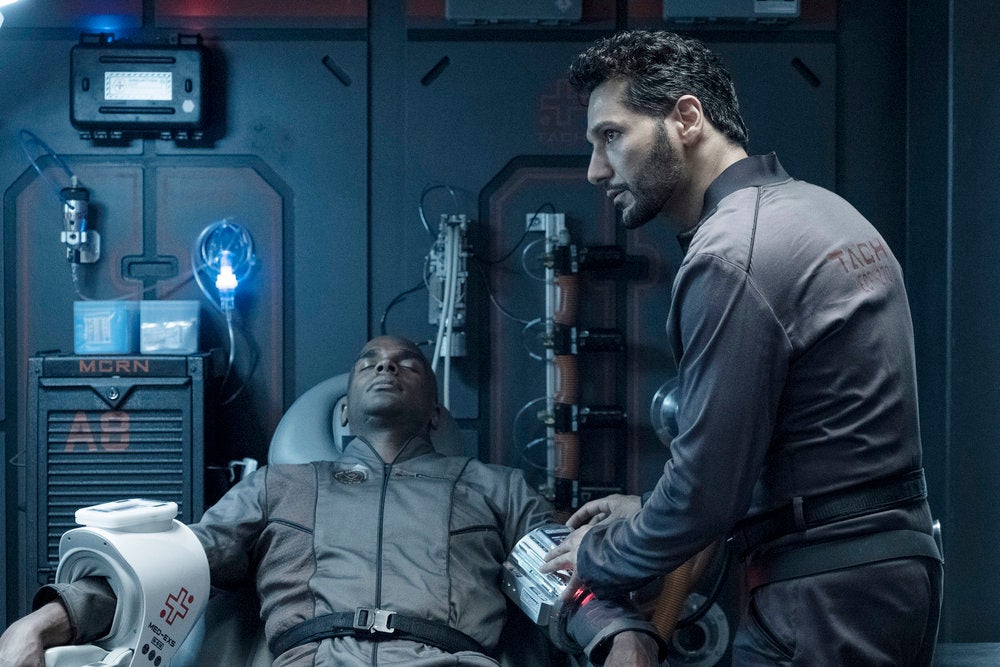