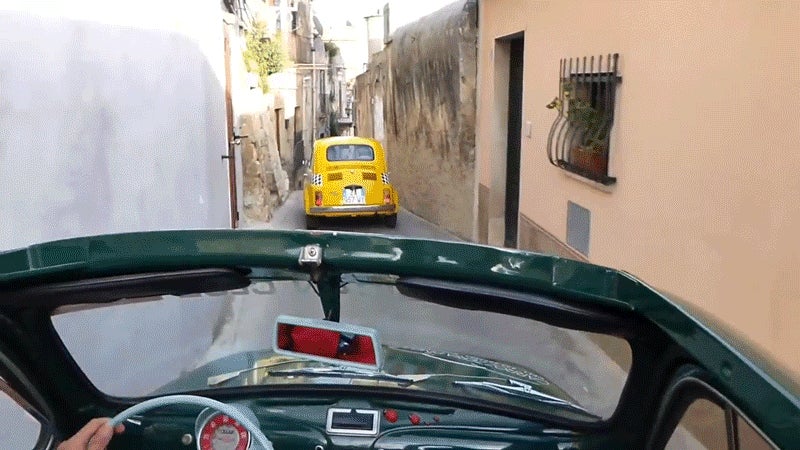 The first time you see an original Fiat 500, it's hard to believe that it's a real car. It's as small as a toy. But see a Cinquecento in its element, cutting through the tiny Italian streets for which it was designed, suddenly the shape makes perfect sense.

The original 500 was designed to be small for a couple of reasons. It was meant for postwar Italy, so take it that everyone was either dirt poor, or they were dirt poor ten minutes ago and were only just getting money. As such, the 500 was made to be a first step up from a Vespa. So that's going to keep the car small for reasons of lightness and economy.

But also see that it was designed to fit in the minute streets of ancient Italian towns and cities, built to fit people and carts and not much else.

This particular 500 convoy popped up on Twitter the other day, running across Sicily. "[O]ur group rode from Ragusa to Modica in vintage Fiat Cinquecentos," the video uploader posts. "Move over Mr Toad - this is a genuine wild ride!"

I don't know why I find this vid as satisfying as I do, but I'm not going to question it.