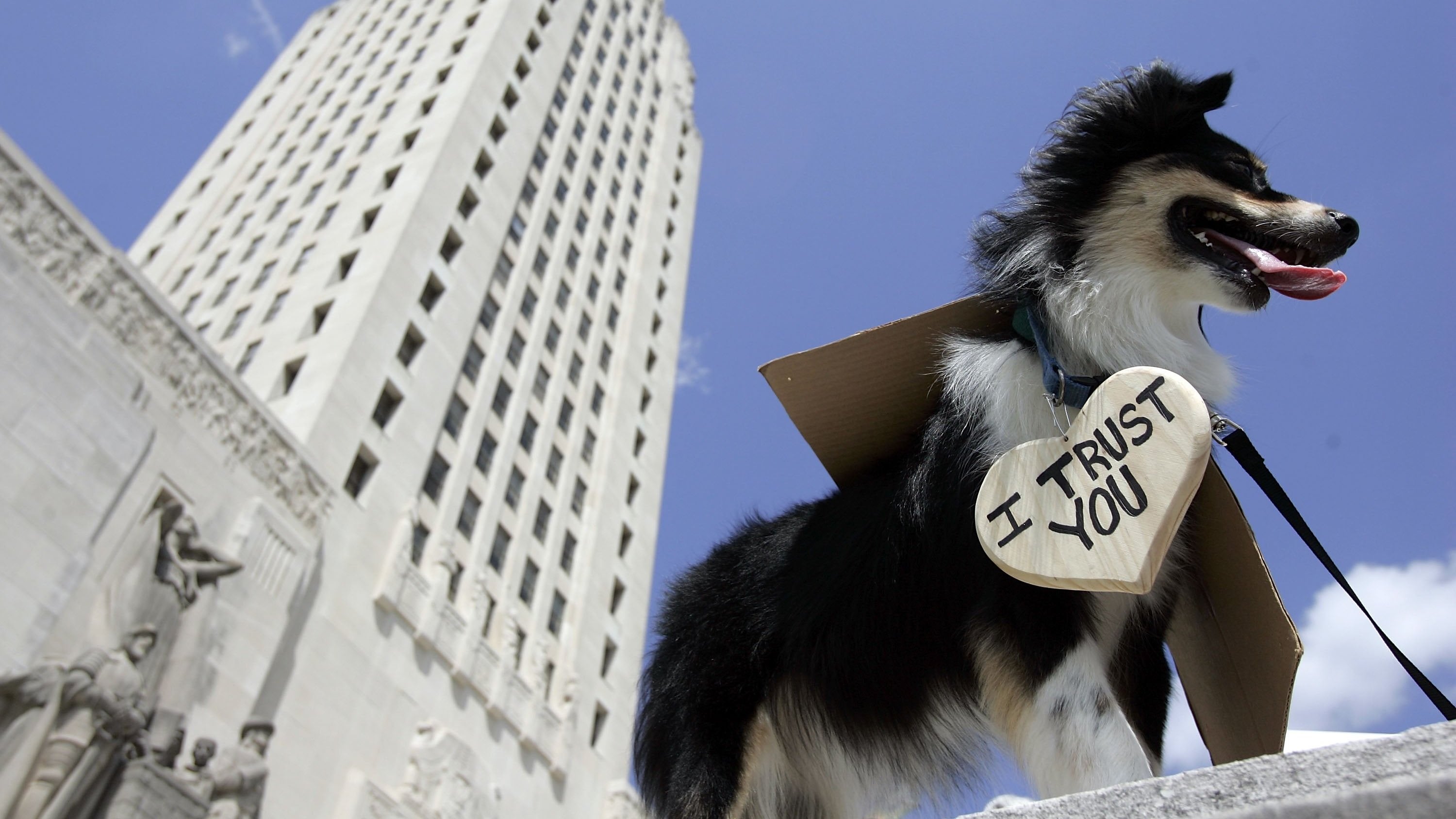 Australian pet food manufacturer Advance Pet is under investigation after its dog food was suspected to be associated with a string of cases involving dogs contracting a digestive disease. Today it announced it would reimburse owners' vet bills and euthanasia costs after a voluntary recall of its dog food in March, which remains under investigation.

Over 70 dogs contracted megaesophagus, according to ABC News, after consuming Advance Pet's Advance Dermocare dog food, "produced from July 2017," according to the company.

The disorder causes the oesophagus to enlarge and weaken, making swallowing difficult, and increasing the likelihood of contracting aspiration pneumonia. Dogs with megaesophagus often experience symptoms such as regurgitation of food, and are often relegated to eating using a device called a Bailey chair, basically a high chair for dogs.

The dog food was suspected as early as December after eight Victoria police dogs were diagnosed with megaesophagus, with one being euthanised after contracting the disease. The University of Melbourne, after investigating the disease outbreak, found as many as 74 cases involving both megaesophagus and Advance Dermocare.

According to Advance Pet, Advance Dermocare is the only product affected by the recall.

"We are deeply saddened that a cluster of Australian dogs that consumed ADVANCE Dermocare dry dog food have been diagnosed with unexplained megaesophagus," the company said in a statement on its site and Facebook page. "We will be providing reimbursement for any ongoing treatment for megaesophagus in dogs which consumed Dermocare dry food, produced from July 2017," Advance Pet said in a comment on its post.

ABC News reports that the company will also "pay the cost of a new dog to replace those euthanased". We reached out to the company for confirmation but had not heard back at time of writing.

Advance Pet is a subsidiary of Mars, Incorporated, which also makes pet foods under brand names such as Eukanuba, Iams, Pedigree and Whiskas.

As ABC News points out, thanks to the unregulated nature of the pet food industry in Australia, the company was not required to inform vets or government officials when it learned of the issue in December. In addition, according to Melbourne University vet Dr Caroline Mansfield, it could take months to find a definite link between the uptick in megaesophagus and Advance Dermocare.

We reached out to parent company Mars Petcare Australia for information about the investigation, but had not heard back at time of writing.