All The Genre TV Shows Not Moving Forward Next Season, And The People Trying To Save Them 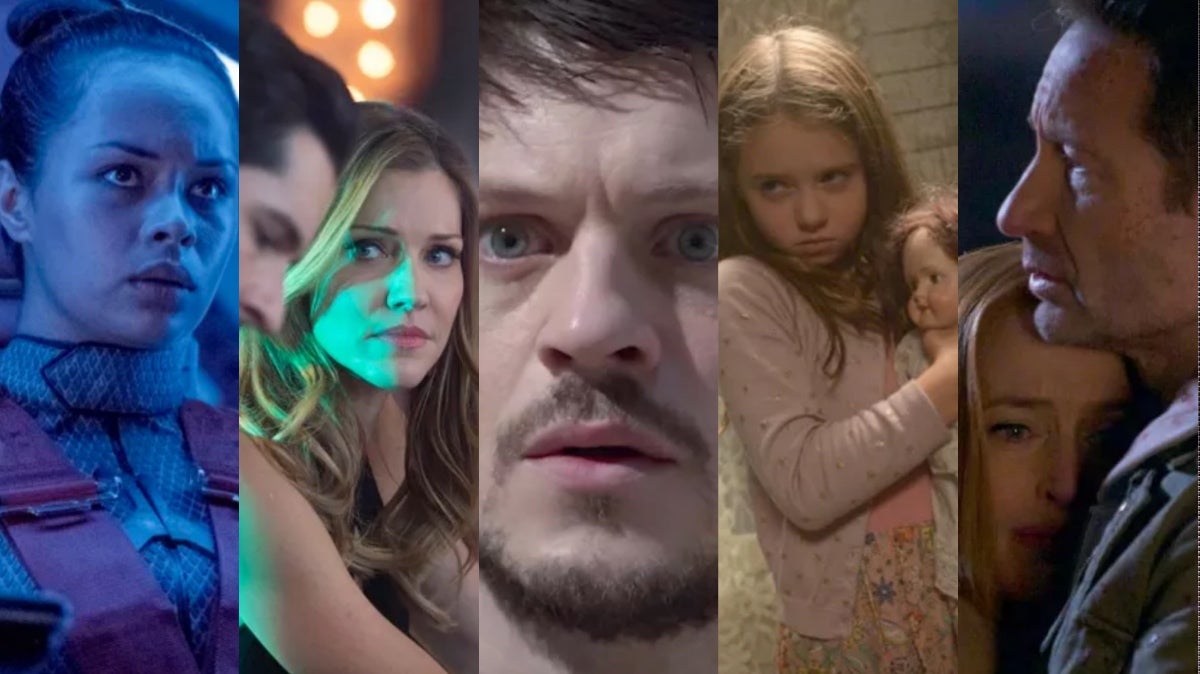 The past week has been a little brutal: several beloved genre TV shows have been canceled, others teeter on the brink of the abyss, and a few promising pilots weren't picked up to series. In the age of social media - and the fact that Brooklyn Nine-Nine was rescued by NBC - some creators and fans are rallying to save their beloved shows, while others seem all too ready to move on. Here's a list of all the shows that have been canceled, declined, or remain at risk. 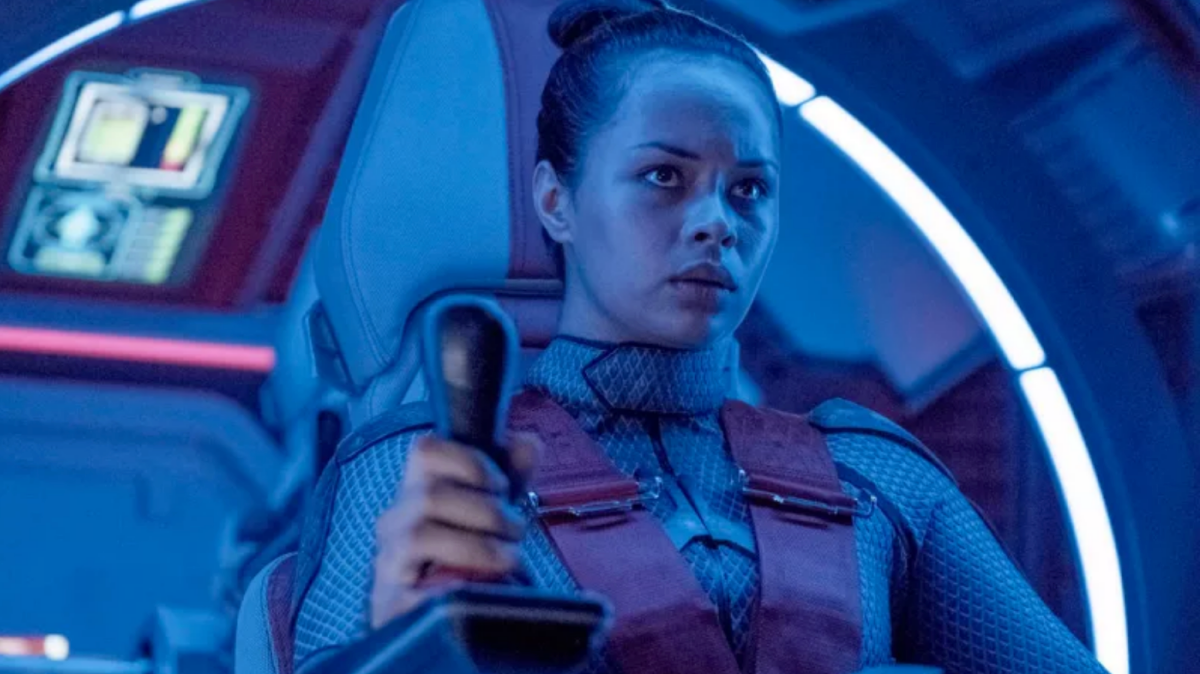 Not going down without a fight.Photo: Syfy

Last week, Syfy announced that the current third season of The Expanse would be the last one on the network, effectively cancelling the show unless it can find some other venue. The show is being shopped to other networks, though there haven't been any announcements yet.

Amazon, please save The Expanse - #SaveTheExpanse -There is power in numbers. If you love the Expanse, take a moment to sign the Petition https://t.co/eKT5pbQ5la ????Thank you to our amazing fans for putting this together ???? #TheExpanse @amazonstudios @jeffbezos

In the meantime, producers, actors, show writers, and fans have gone into overdrive to try and save the series. The show's writers — as well as original book series authors Daniel Abraham and Ty Franck (who write under the shared pseudonym James S. A. Corey) - have been tweeting under the hashtag #SaveTheExpanse, as well as sharing an online petition to get the show on Amazon or Netflix, which currently has over 60,000 signatures.

They have also got the support of superfans like Felicia Day and Patton Oswalt, as well as George R.R. Martin, who's working on a scifi series of his own with Syfy's upcoming Nightflyers. 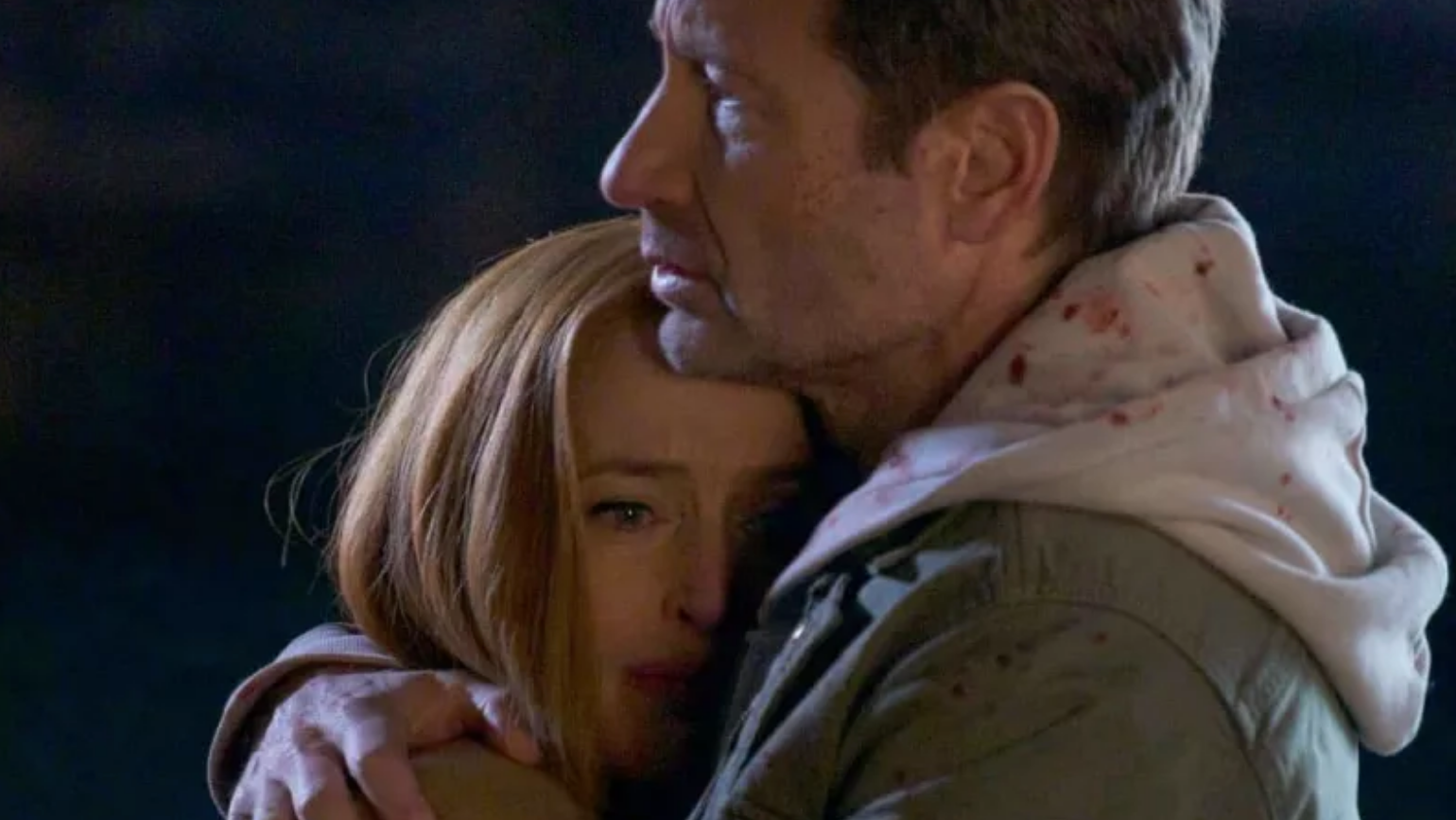 Well, we kind of figured this would happen. After Gillian Anderson announced she would not be returning for another season of The X-Files, the series was effectively dead in the water — at least in creator Chris Carter's eyes. While Fox didn't use the dreaded "canceled" during a conference call led by CEO Gary Newman, it was made clear that there were "no plans" for another season of the series. Though a report tangentially connected the news to her planned exit, Anderson had another take on the situation.

Well Michael, the truth is...after exit of 77% of viewership. https://t.co/WyaHQnR3gt

Carter's been pretty quiet about the news, and any hashtags for saving The X-Files have less than a dozen participants, with several of them speaking ironically. Clearly, this is a series that people are ready to see retired. 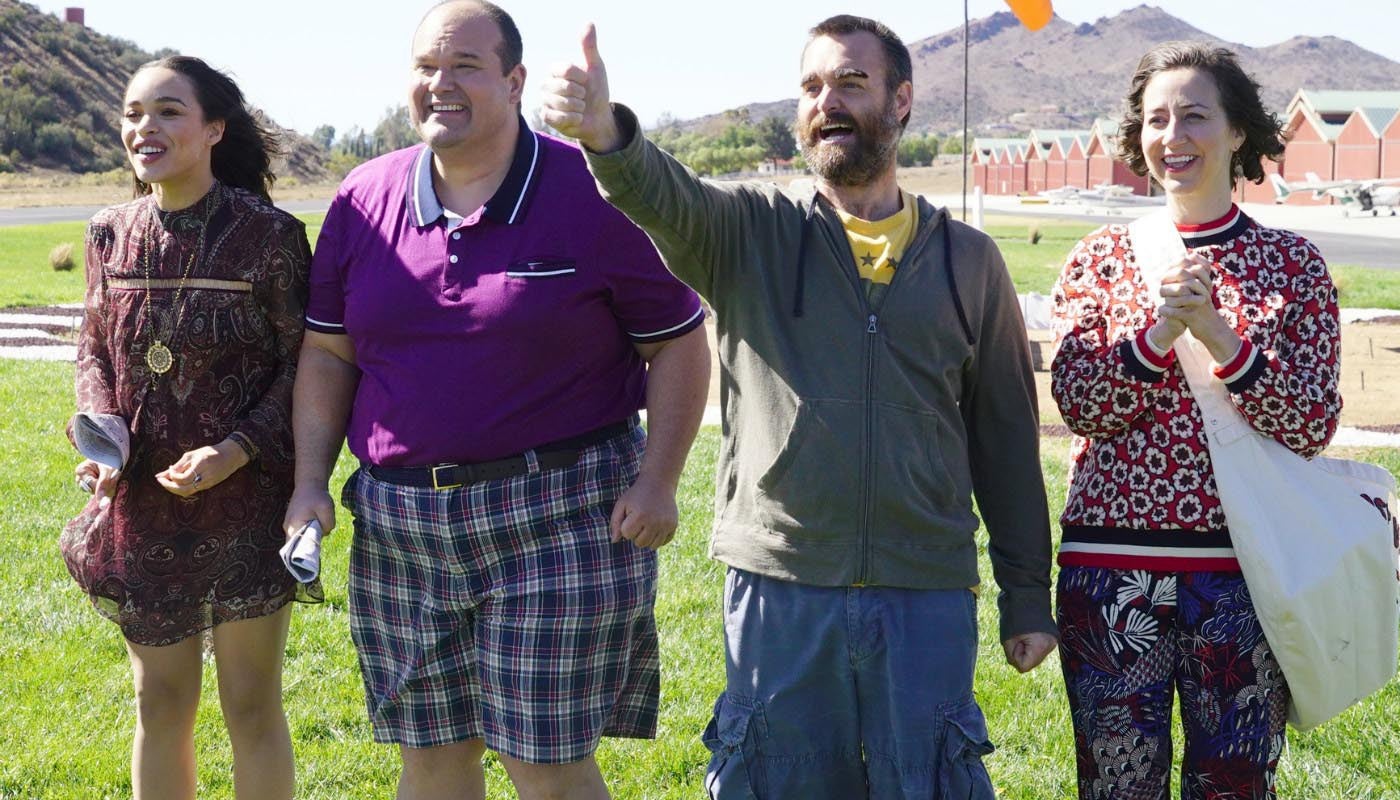 Thumbs up for hope!Photo: Fox

The post-apocalyptic comedy has been a growing hit with audiences, yet Fox has chosen to pull the plug, cancelling the series after its fourth season. Showrunner and star Will Forte has expressed sadness that the series is ending, but it might not be over yet. While Forte hasn't shown any signs that he's shopping it to other networks, The Hollywood Reporter writer Lesley Goldberg said there are rumours they have entered talks with Hulu. We'll see what happens.

Hearing talks with Hulu *MAY* already be happening… https://t.co/4h88IL4PFa 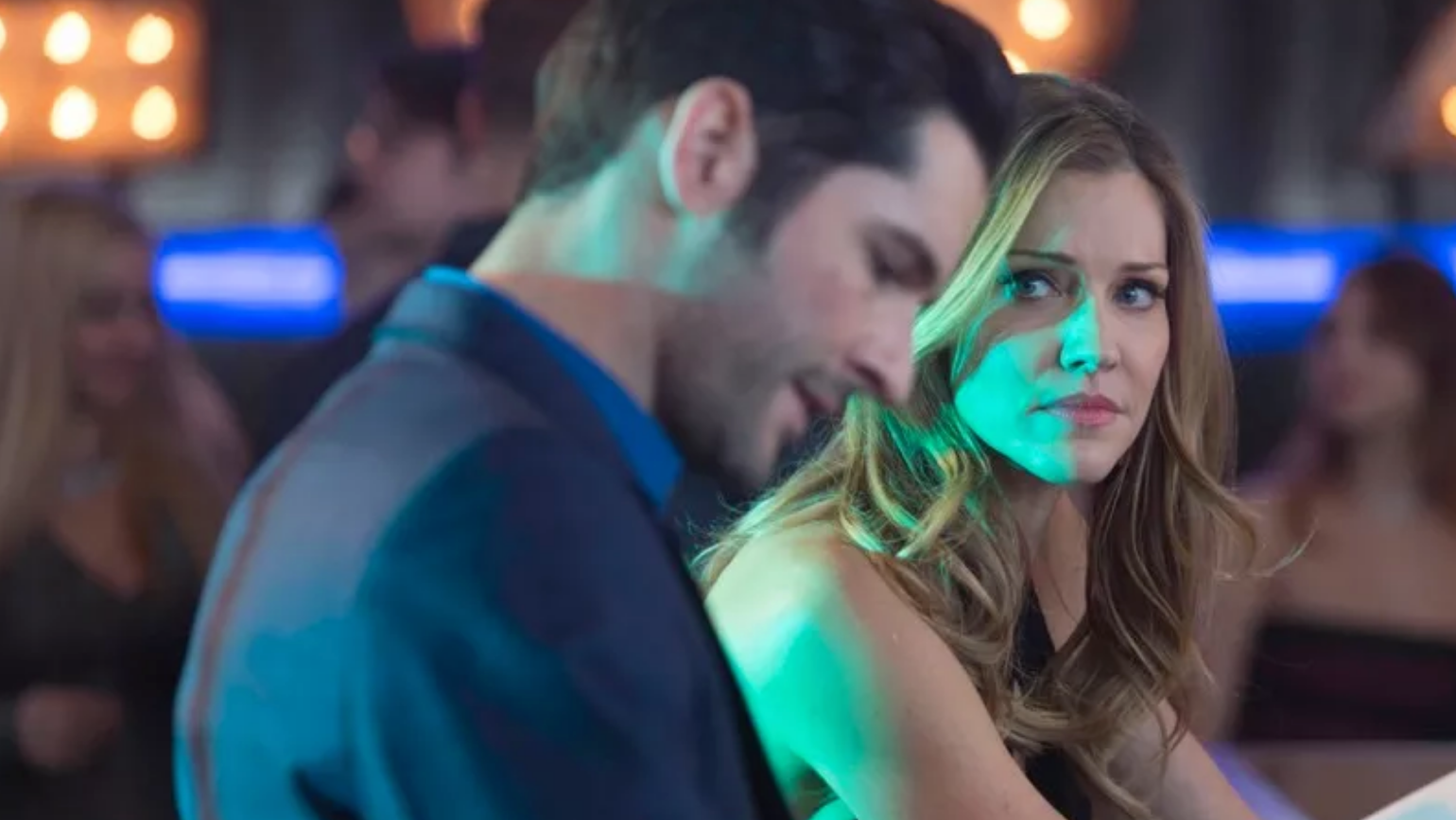 "Hold up, what's this about two more episodes?"Photo: Fox

The campaign is strong with this one. Lucifer fans may be in shorter supply these days than they have been in the past, but they're devoted to keeping this series out of the grave. Following the cliffhanger series finale, the show's writers, actors, and fans have started a hashtag campaign for #SaveLucifer and #PickUpLucifer to keep the series going. Star Tom Ellis has been particularly active, arranging interviews to fight for the show he's headlined for the past three seasons.

At the airport on my way to LA to help with #SaveLucifer. After they contacted I’m trying to arrange something with @BBCNewsnight from a studio link up tomorrow night so we gotta make sure it’s still news by then people. I think u know what to do ✊???? #SaveLucifer

The show's creators have given no word that they're actively shopping the series to other networks, but it sure looks likely. In addition to participating in the Twitter campaigns, co-showrunner Ildy Modrovich recently tweeted that "goodnight is not goodbye," promising to fight for Lucifer.

Woke up... checked Twitter replies... and must clarify. Goodnight is TOTALLY different than goodbye. (I’m just sleepy ) Let’s be clear, I ain’t given up. You kidding? After this tidal wave of LOVE?? #SaveLucifer #PickUpLucifer :) pic.twitter.com/XkRZfrnvpp

In the meantime, there is the question of the two "bonus" episodes that were filmed with season three, originally planned to be released sometime in the fall before (the now-defunct) season four. In an interview with TV Line, co-showrunner Joe Henderson said that Fox still plans to air the two episodes, but hasn't yet said when or on what platform. 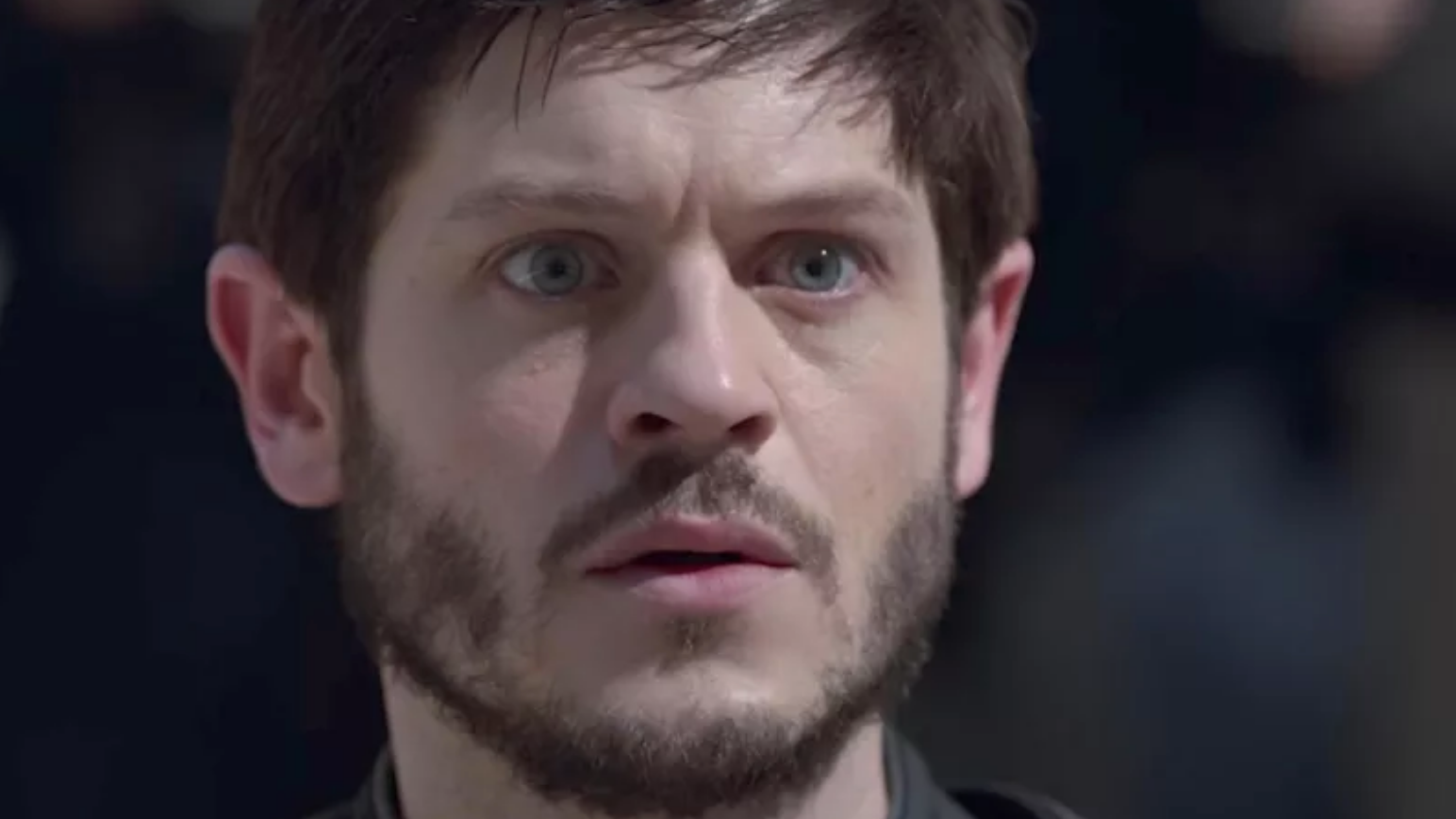 This was a surprise to absolutely no one. After the dismal reviews and ratings, Marvel's Inhumans was canceled after just eight episodes, months after the season finale. A few fans have been rallying to save the series, but it looks like most people involved are ready to put it behind them, with cast members tweeting out their appreciation and thanks. 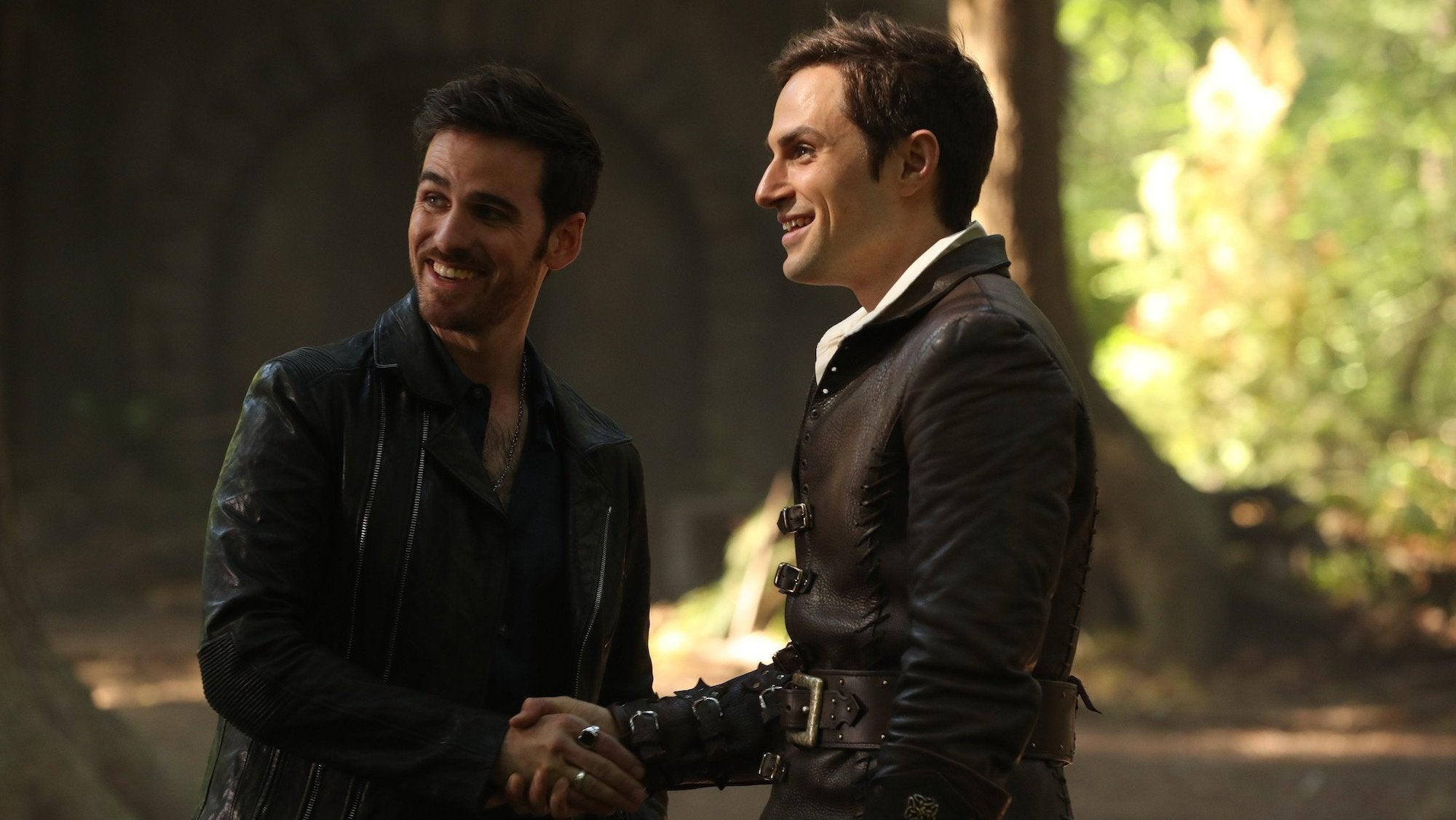 Sealed with a handshake. Photo: ABC

Once Upon a Time - ABC

After many actors split from Once Upon a Time at the end of season six, ABC made a surprising movie and approved a soft reboot, which centered around an older Henry Mills (now played by Andrew J. West) with a few of the original characters returning. While initially promising, the series eventually fell back into old habits, and couldn't survive its move to Friday nights. Earlier this year, ABC announced it wouldn't be picking up Once Upon a Time for an eighth season.

There are a few fans trying to muster up a campaign to #SaveOnceUponaTime, but the curtain has closed on the show for good, with everyone involved giving interviews about how this Friday's series finale is the end, for real this time. And it's a good thing, too. There's a general feeling of fatigue among fans, as well as relief that the show is finally over. 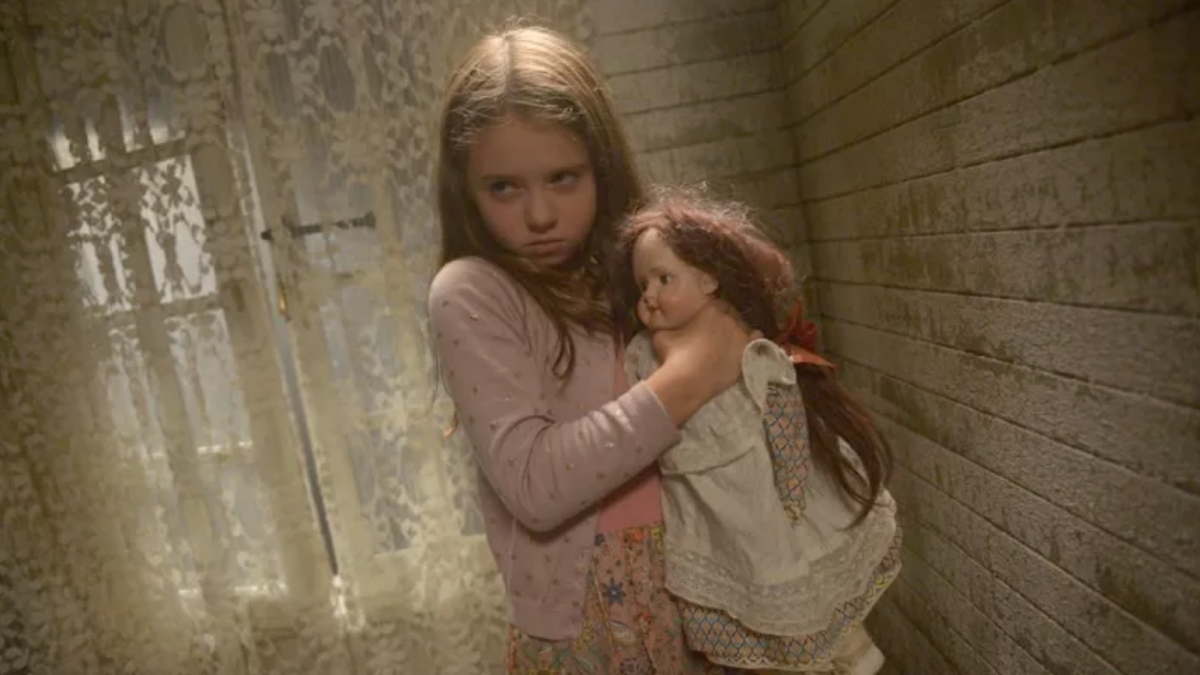 You can take my show, but you'll never take... my dolly.Photo: Fox

This one hit fans pretty hard since the show had just begun to hit its stride — even as it struggled to secure an audience in its Friday night time slot. There is a petition (with less than 5,000 signatures) and some hashtag campaigns out there for The Exorcist to get picked up elsewhere, with actor Ben Daniels putting in a good fight. But sadly, it doesn't look like anything's going to happen with this one.

Showrunner Jeremy Slater tweeted his (respectful and kind) regrets about the series cancellation, which he predicted would happen back in December after news of the potential Disney/Fox deal began to pick up steam. But he's currently working on Netflix's Umbrella Academy and has given no indication that he plans on shopping The Exorcist to other networks. 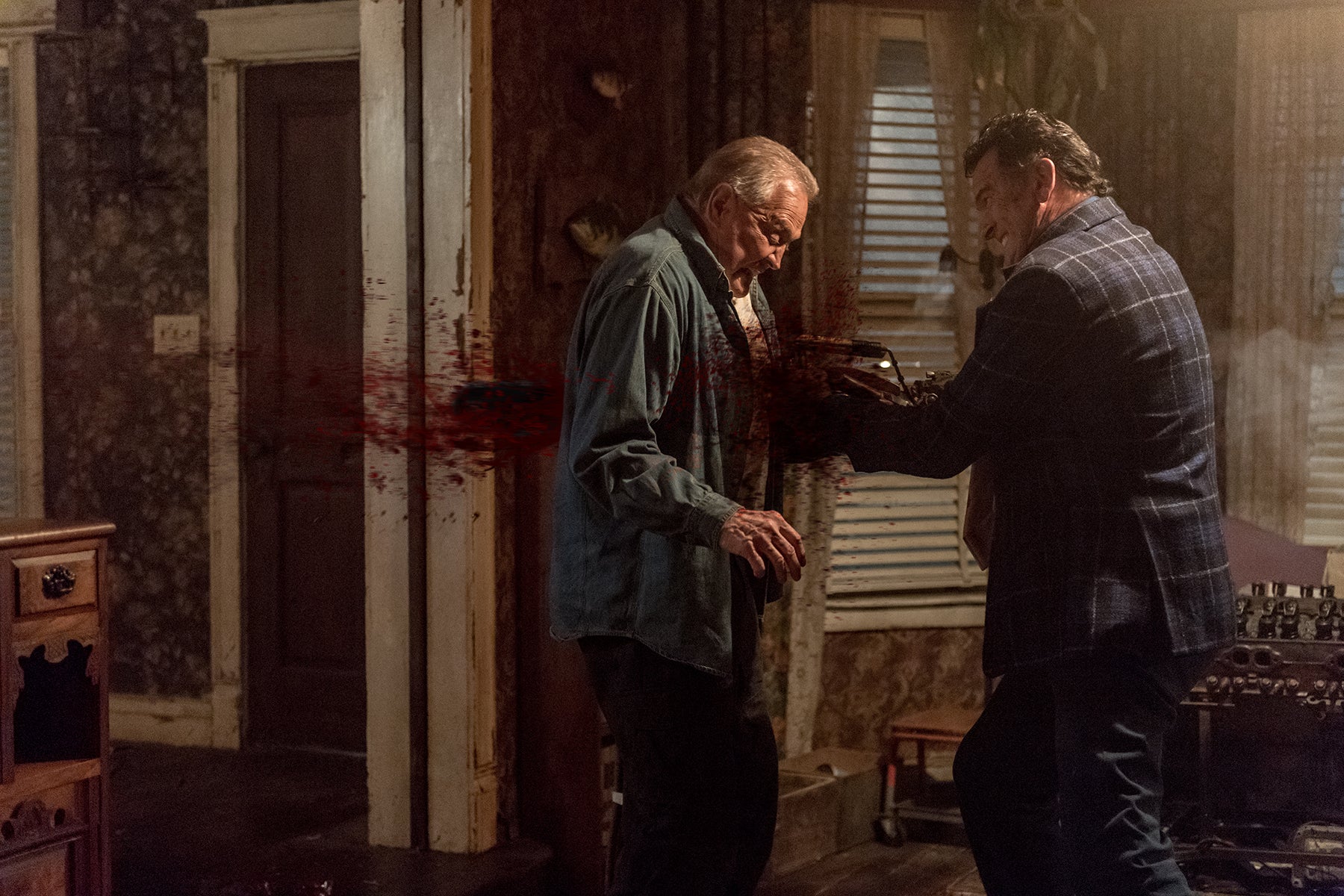 After three seasons, the horror comedy based on Sam Raimi's cult-beloved Evil Dead movie series slayed its final Deadite and sprayed its final hose of stage blood. Though fans were bummed, there'll be no attempt to bring the back show elsewhere, and that includes the big screen. Star Bruce Campbell, whose lead performance as Ash Williams continued the saga of one of horror's most iconic characters, announced he was hanging up his chainsaw for good with the show's conclusion.

I will always be grateful to Starz, Sam Raimi, Rob Tapert and our tireless fans for the opportunity to revisit the franchise that launched our careers. Thank you! ???? pic.twitter.com/oNmTopS1Ab

We were intrigued when we learned that ABC would be making a reboot of Greatest American Hero starring New Girl actress Hannah Simone. ABC really hyped it up for months. Unfortunately, the network decided to pass. Some of the people behind the pilot, including executive producer Rachna Frunchbom, have expressed frustration at the decision and hinted that other networks could pick up the show. But there doesn't look to be an active campaign in the works at this time.

When your pilot about the first Indian-American superhero gets passed on and you put on sombreros pic.twitter.com/ZEZIWAEBKs

In a now-deleted tweet, Simone also shared her frustration that network TV wasn't ready for "the first brown female superhero," but later tweeted her appreciation for the opportunity. 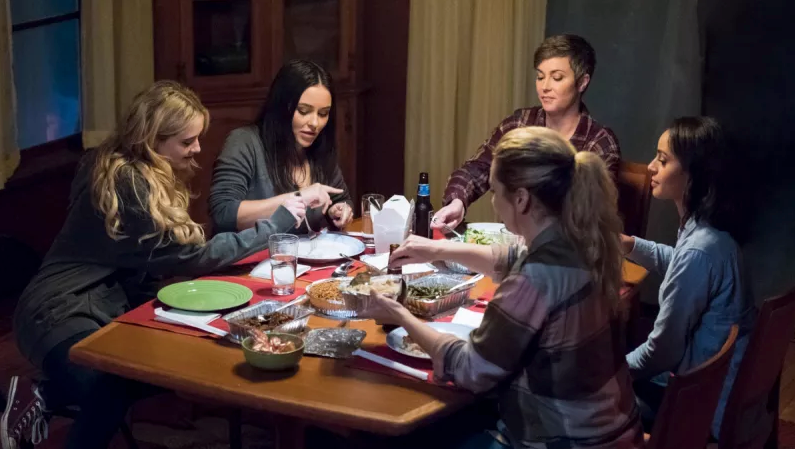 A scene from Supernatural's "Wayward Sisters," episode.Image: The CW

The Wayward Sisters - The CW

If there's one thing you can say about Supernatural fans, it's that they're dedicated. The series that will never die couldn't secure a spot for its second failed attempt at a spinoff, the witchy saga The Wayward Sisters. But while show creator Andrew Dabb hasn't signalled that he's trying to appeal CW's decision, the fight to save these sisters has only just begun.

Supernatural's fans - with the help of Wayward Sisters and Supernatural stars Kim Rhodes and Briana Buckmaster - have rallied to save the show, starting a #SaveWayward hashtag campaigns and gathering over 50,000 signatures on a petition to coax the CW to reconsider their decision. There don't appear to be any attempts to move it to another network, which makes sense, given its ties to Supernatural. Some have taken to railing against the Charmed reboot, another witchy series CW greenlit last week, in order to show their disappointment. 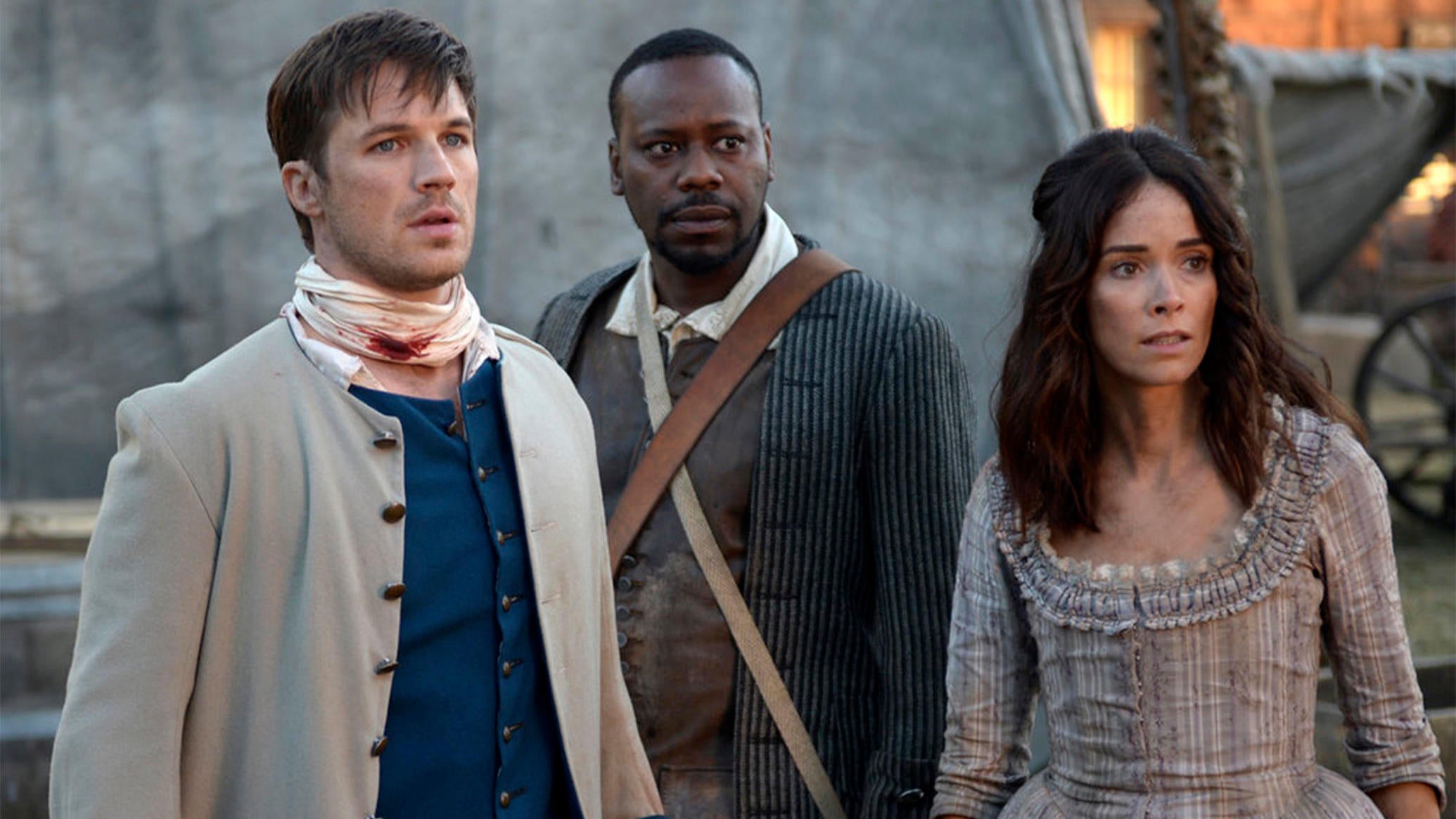 "Do we really have to do this again?"Photo: NBC

As of the two-part season finale, which aired over the weekend, the showrunners had not heard whether NBC would be renewing Timeless for a third season — though they said they do have plans for the season if they get a pick-up. The show had a slight ratings increase during the season finale, which could help their chances. Plus, stranger things have happened.

And this time, they have got a major fan in their camp, who sounds like she's willing to do whatever it takes to keep Timeless ticking. 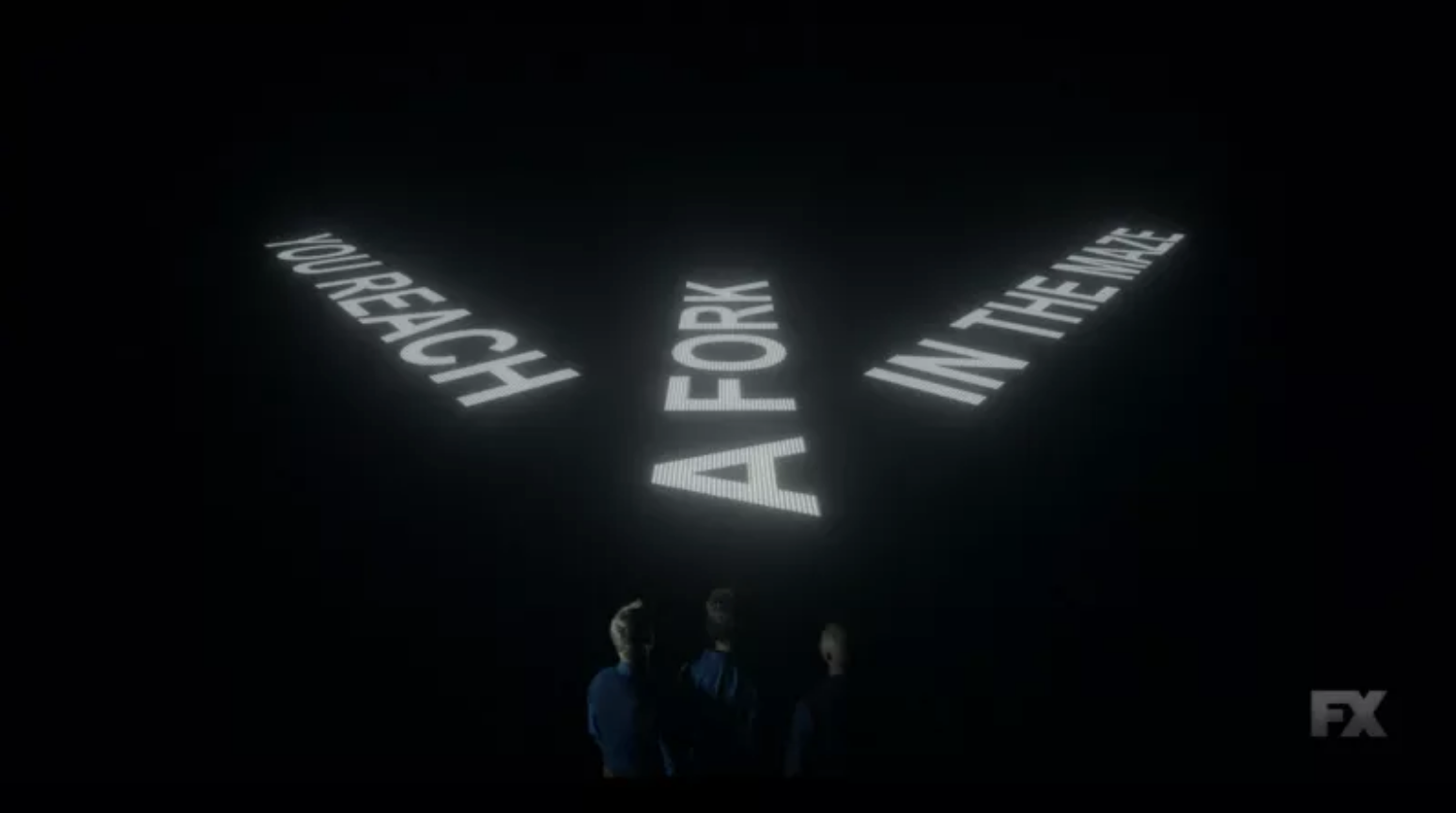 Which way will we go?Image: FX

There's been no word whether Legion is getting another season - showrunner Noah Hawley and most of the cast have been pretty silent - but things aren't looking too good. The ratings have (for the most part) been steadily declining, and there are rumours that the recently ordered extra episode could serve as a series finale. 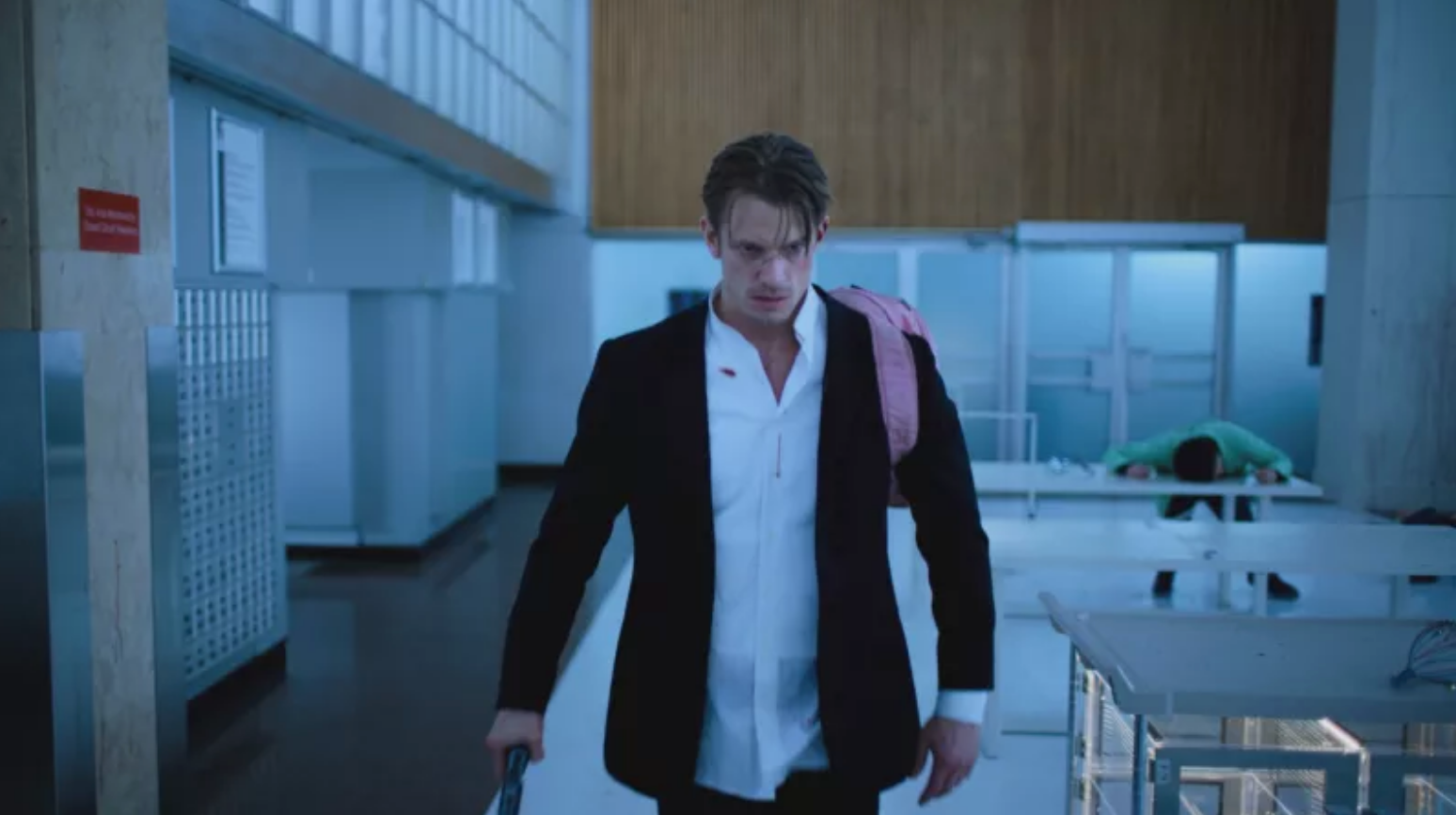 All the shootouts and pink kitty backpacks can't save you now.Image: Netflix

Nothing's been announced yet, but it seems pretty likely that this one isn't coming back — especially given how Lost in Space has since gotten renewed for a second season, even though it came out months after Altered Carbon.