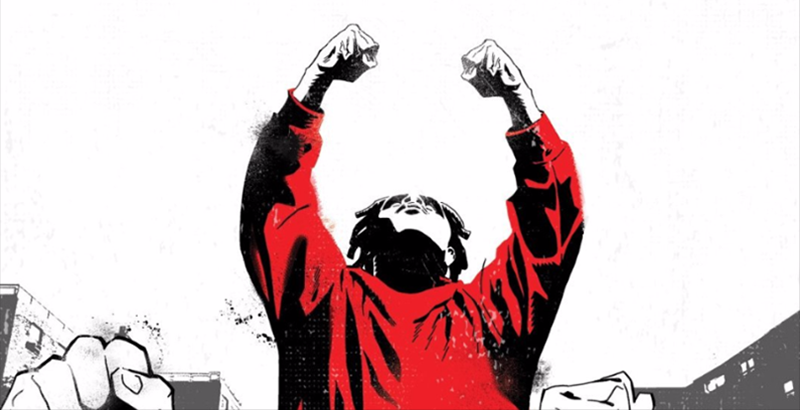 It isn’t just major publishers getting in on the superhero movie boom – Kwanza Osajyefo, Tim Smith 3, Jamal Igle and Khary Randolph’s BLACK comics universe just got a shot in the arm with the announcement that The Breaks co-creator Seith Mann will direct what they hope is the first in a franchise of new films.

We’d previously learned that BLACK had gotten a movie deal. Now, Deadline reports that Studio 8 has tapped Mann to direct an adaptation of BLACK, which follows a teenager named Kareem Jenkins. Jenkins miraculously survives a police shooting, and uses his newly awakened superpowers to join an underground group of black superheroes and help enact change to better the lives of powered and unpowered African Americans.

As well as developing BLACK, Studio 8 apparently has plans to take it even further with adaptations of Black Mask’s range of BLACK [AF] spinoff series, starting with the female-led America’s Sweetheart.

BLACK was one of our favourite comics last year, and should make for a powerful movie – one that’s now a big step closer to actually happening.