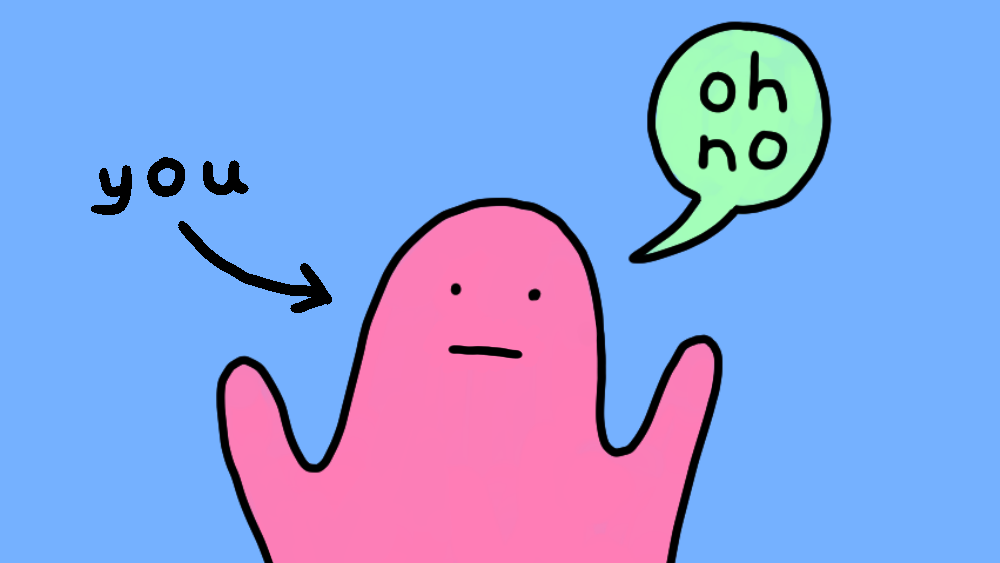 Webcomic Name is one of my favourite ongoing gag comics. Despite the core repetitiveness of its premise, it's earnest and deadpan in a way that's consistently charming. Alex Norris weaves a goofy, self-deprecating vulnerability into every comic. Now you can make your own!

This app isn't new, exactly, but I just discovered it today, and I'm addicted. Webcomic Name Mashup, as the title suggests, lets you remix Norris's panels, creating your own piecemeal work of vulnerable introspection. Cycle through any first, second and third panel from the comic until you have a masterpiece.

Here's my favourite one I've created so far:

It's about writing for a living. Also, this one about cats:

I will never escape this app now. Oh, no.