The Scarlet Witch Needs To Become A Lot Witchier In Avengers: Infinity War

Elizabeth Olsen's Scarlet Witch is one of the most curious characters in the Marvel Cinematic Universe. Even after three films, we still don't really know all that much about just who Wanda Maximoff is and what she can do.

The Scarlet Witch is unique in that she's the only living human whose abilities are the side effect of having been exposed to an Infinity Stone as part of dangerous experiments that left most other test subjects dead. For some reason, though, the character hasn't really become the powerhouse her introduction showed she had the potential to become. With Thanos and the Black Order on their way to wipe out half of the universe, now seems like the perfect time for the Scarlet Witch to evolve.

When we first met Wanda in Captain America: The Winter Soldier's mid-credits sequence, Baron von Strucker marvelled at her and her brother Pietro's abilities, and saw the twins' existence as the beginning of a new age of miracles. While superspeed's great and all, it's really Wanda who demonstrates the potential of von Strucker's experiments with the Mind Stone, encased in Loki's staff, to create terrifyingly powerful people with the kind of abilities that could fundamentally change the MCU.

In Age of Ultron, Maria Hill explains that while Pietro's simply fast, Wanda's "weird", referring to her form of telekinesis/energy projection and her curious ability to manipulate the bioelectrical signals in sentient beings.

Wanda's capable of doing serious damage with her more physical powers, but it's her mental abilities that make her such a disruptive force and useful ally to Ultron. Even though she's still technically just a human, her visions are more than potent enough to bewitch both the Hulk and Thor, the most powerful Avengers by far. What's even more fabulous about Wanda's first outing as a villain is how she goes about carefully dispatching nearly all of the Avengers with just a few hexes.

Say what you will about Age of Ultron (a movie that director Joss Whedon himself has admitted he isn't terribly proud of), but one thing the director got absolutely right was presenting Wanda and her powers in a way that was downright witchy and disturbing to watch. In the raid on von Stucker's compound in Sokovia, there are a number of clever, subtle editing techniques used to give Wanda a haunting, unsettling presence.

When Captain America first meets her at the top of a flight of stairs, she quickly knocks him out and then retreats, but the footage of her movement is actually footage that's been sped up and played in reverse. The effect creates the illusion of her walking backward, but it has the added bonus of making her motion feel inorganic and otherworldly. 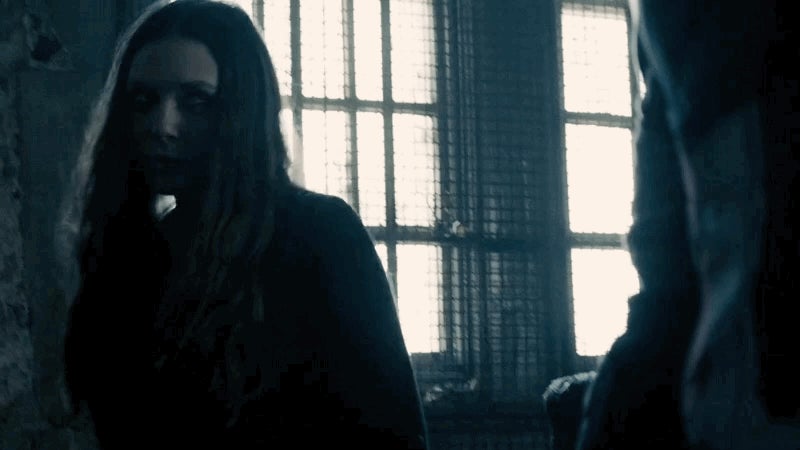 Similarly, when Wanda gets into Tony Stark's head just as he's looking at the Chitauri carcass von Strucker was experimenting with, she seems to fade up out of the shadows, and deftly weaves her spell before vanishing right back out of frame like a spectre. It's a subtle bit of blink-and-you-miss-it CGI work, but it's wonderful.

Out of all the Avengers who've been brought into the MCU so far, the Scarlet Witch has gone through some of the most significant changes from her source material, which is fine, given how ridiculously overpowered her comics counterpart has become in recent years. Besides, back in 2015, the MCU had yet to really introduce psychic, magic or reality manipulation in any significant way, and giving Wanda all of her classic powers wouldn't quite have gelled with where the films were then.

But Whedon did a solid job of conveying that Wanda was a force to be reckoned with, and, at least stylistically, presented her in a mystical way. By the end of the film, she's strong enough to stop a moving train and mentally sway an entire towns' worth of people by herself, and you could safely assume that she was meant to become one of the Avengers' heaviest hitters.

And yet that hasn't been the case.

In the time since she started fighting the good fight, Wanda's become a decidedly more... mundane character. Though her telekinesis has grown much stronger, her psionic abilities have all but disappeared at this point, despite the fact that there have been multiple moments when she could have used them to diffuse dangerous situations.

Captain America: Civil War frames the accident in South Africa as a moment that Wanda internalises as a personal failure, and in her conversations with Vision, she's also struggling with the perception that everyone around her fears her. That's a solid idea for a subplot, and echoes elements of the character from the comics, but the movie doesn't actually do anything with it. Instead, in exchange for a swanky new costume, Wanda was relegated to a mildly interesting supporting character, who flung energy bolts and delivered lines in a dodgy Eastern European accent. 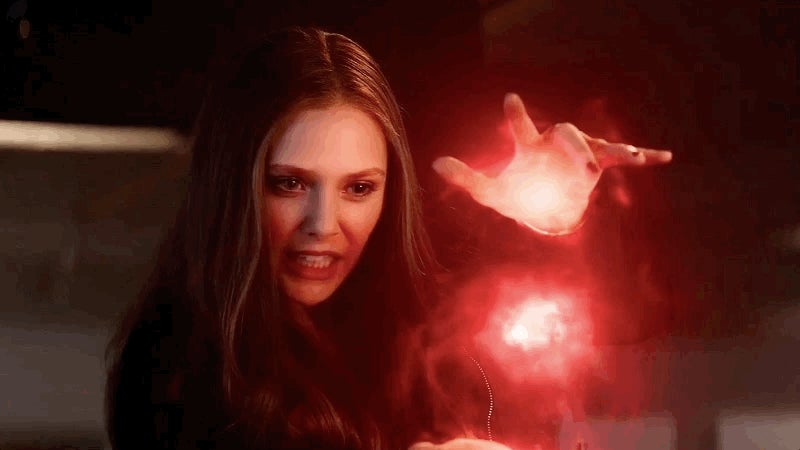 If Marvel's hype is to be believed, Infinity War is going to change everything about the MCU. This is the perfect opportunity to elevate the Scarlet Witch to the top-tier status she deserves.

With magic, quantum physics, and a fistful of MacGuffins now firmly in play, the MCU's larger overall power scale is markedly different than when Wanda was first introduced. The fact that Wanda's powers are tied directly to the Mind Stone is more than enough of a justification as to why she could and should become much more "weird" - and powerful - in Infinity War. It'd be wild and perhaps a little implausible to see her straight-up rewriting reality at will; however, post-Thanos, the MCU is going to need something major to restart and justify its all-new series of phases.

If only there was some iconic story involving the Scarlet Witch that would require the combined might of all of Marvel's heroes in order to save the day. If only.