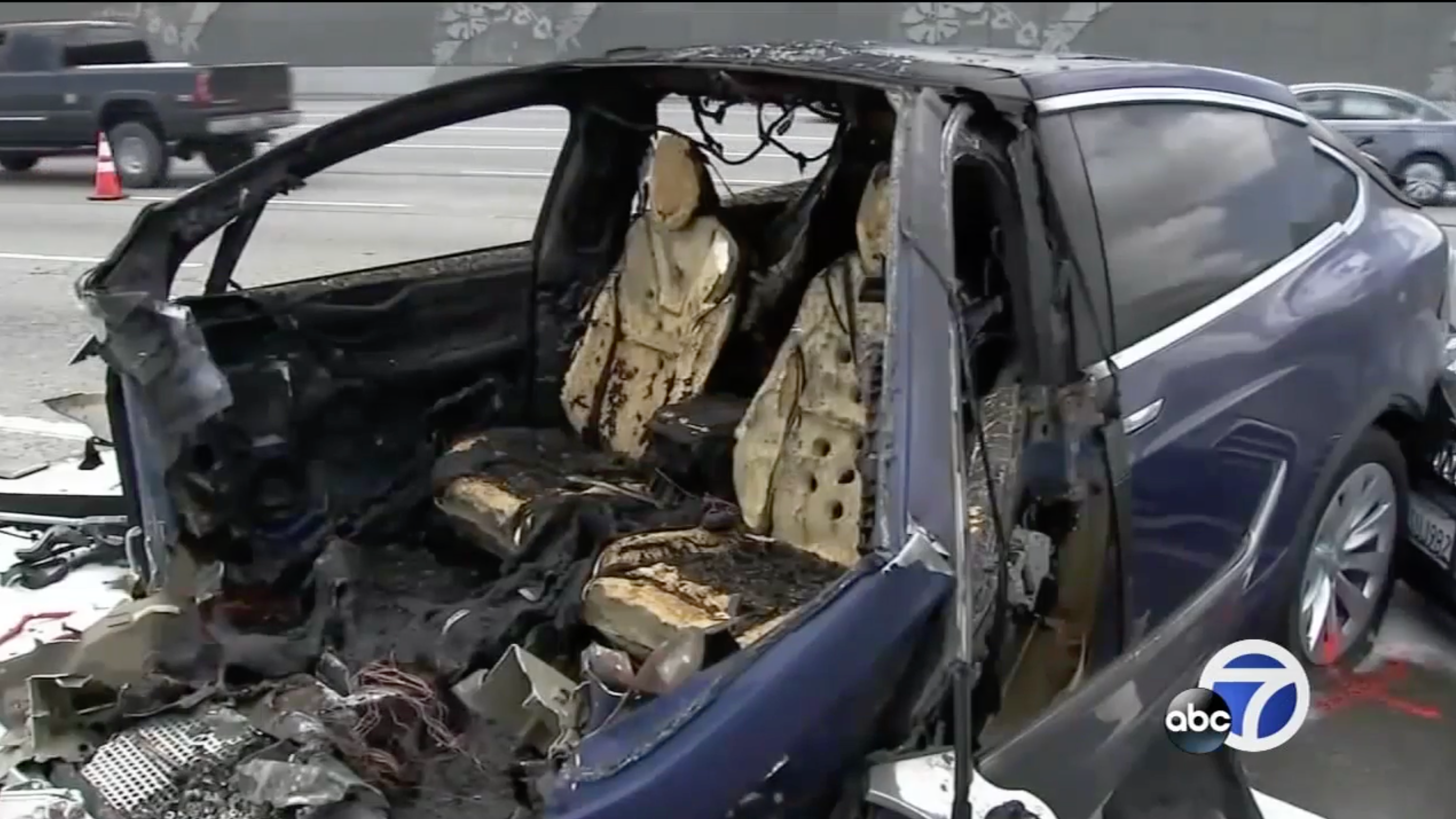 Tesla has released a statement blaming last month's fatal crash involving a Tesla Model X in Autopilot mode on the driver who died in the incident following news that his family is exploring legal options against the automaker.

The family of Walter Huang, the driver who died behind the wheel of his Tesla Model X last month after it crashed into a concrete median in Autopilot mode, is looking into legal action against Tesla, suggesting its semi-autonomous system is defective, according to CNBC. Tesla claims its system was not at fault in the incident, instead blaming Huang for "not paying attention to the road."

In the week following the March 23 crash in Mountain View, California, Tesla admitted that Autopilot had been engaged, but clarified that the system had been set to its minimum following distance and that several visual and one audio warning had been triggered. The company claims Huang's hands weren't detected on the wheel in the six seconds before the crash.

The Minami Tamaki law firm hired by Huang's family issued a preliminary review citing other incidents involving Autopilot errors and suggested that the semi-autonomous system was defective, according to CNBC.

Here's more from the law firm via CNBC:

"(Our) preliminary review indicates that the navigation system of the Tesla may have misread the lane lines on the roadway, failed to detect the concrete median, failed to brake the car, and drove the car into the median," Minami said.﻿

The family of Gao Yaning is still fighting Tesla over his fatal crash in a Model S in China back in January 2016, where the family claims Autopilot was involved. The National Transportation Safety Board partly blamed Tesla's Autopilot system in the Model S crash that killed Joshua Brown in Florida in May of 2016. The NHTSA determined Autopilot was not defective in a probe investigating Brown's death early last year.

In Tesla's response to Huang's fatal crash, the company sympathised with the family but ultimately blamed Huang, claiming was aware that the Autopilot system was "not perfect" and that he received multiple warnings before the impact.

"We are very sorry for the family's loss.

According to the family, Mr.Huang was well aware that Autopilot was not perfect and, specifically, he told them it was not reliable in that exact location, yet he nonetheless engaged Autopilot at that location. The crash happened on a clear day with several hundred feet of visibility ahead, which means that the only way for this accident to have occurred is if Mr. Huang was not paying attention to the road, despite the car providing multiple warnings to do so.

The fundamental premise of both moral and legal liability is a broken promise, and there was none here. Tesla is extremely clear that Autopilot requires the driver to be alert and have hands on the wheel. This reminder is made every single time Autopilot is engaged. If the system detects that hands are not on, it provides visual and auditory alerts. This happened several times on Mr. Huang's drive that day.

We empathise with Mr. Huang's family, who are understandably facing loss and grief, but the false impression that Autopilot is unsafe will cause harm to others on the road. NHTSA found that even the early version of Tesla Autopilot resulted in 40% fewer crashes and it has improved substantially since then. The reason that other families are not on TV is because their loved ones are still alive."﻿

The NTSB announced on March 27 that it was investigating the crash, which is the organisation's second investigation into a Tesla crash this year.