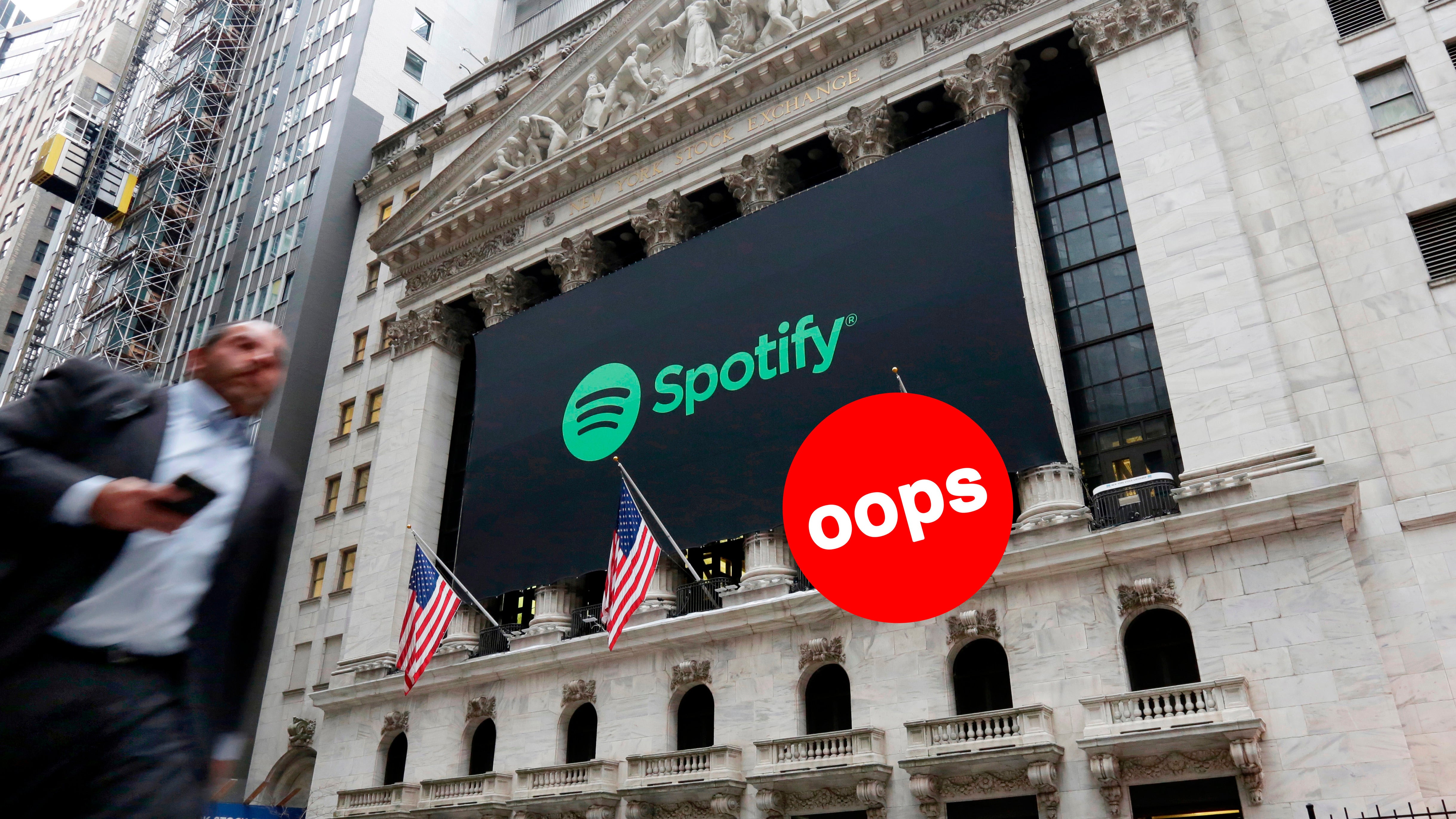 With struggling tech stocks rocking the stock market, Wall Street watched the debut of Spotify’s unusual IPO closely yesterday. The New York Stock Exchange tried to give the music streaming giant a warm welcome by raising the flag of Switzerland in front of its famous building. Unfortunately, Spotify is from Sweden.

Sven Carlsson, a Swedish tech reporter for Di Digital, is in town to cover Spotify’s public debut. Last night, he noticed the Swiss flag outside the exchange and tweeted a photo. His caption (as translated from Swedish) says it all: “Extremely much lol.”

Others on Twitter noticed the same thing. The NYSE confirmed the error in an email to Gizmodo. “It was a momentary ode to our neutrality in the process of price discovery,” a spokesperson wrote, clearly keeping a sense of humour about the mix-up.

All was resolved in about 15 minutes according to a follow-up tweet from Carlsson, which showed the erroneous emblem replaced with the Swedish flag in front of the giant Spotify banner.