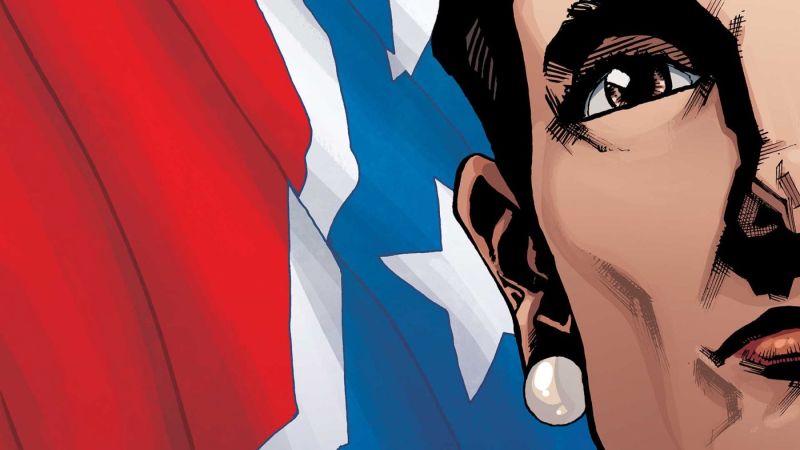 John Ridley's been a screenwriter and producer for decades, known for his work on Three Kings, 12 Years A Slave and American Crime. But he's also been creating an entire comic universe, too, in his historical superhero series The American Way, published by DC Comics. Today we learned those comics are going to be the basis of a major motion picture from the studio that produced Get Out.

Detail from the cover of The American Way: Those Above and Those Below #3. Image: Georges Jeanty, Danny Miki, and Nick Filardi. (DC Comics)

Deadline has the announcement that Blumhouse will be fast-tracking an American Way film to be written and directed by Ridley. According to the report, the movie will be adapting the second, just-finished series American Way: Those Above and Those Below. The story in Those Above and Those Below follows the members of a government-created superhero program as they deal with the turbulent political changes of the 1970s.

This will be the latest in a string of high-profile genre projects from Blumhouse; the studio just put out Truth or Dare, will be releasing the sci-fi crime thriller Upgrade soon, and is going into production on M. Night Shyamalan's Unbreakable sequel Glass.

We reached out to Ridley for comment though had not heard back at time of writing, but for more on the American Way comics, check out the interviews I've done with the author about Those Above and Those Below.