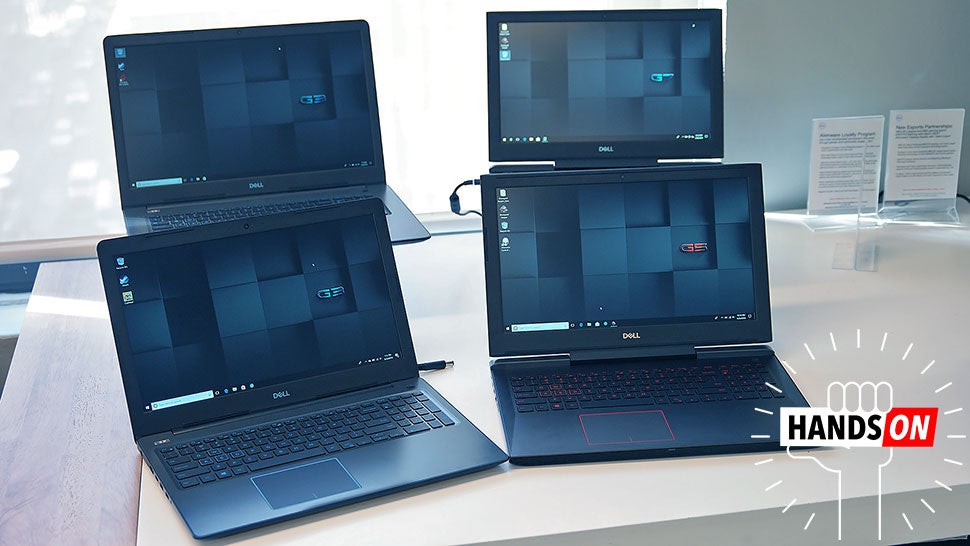 When Dell launched its Inspiron Gaming PCs last year, it seemed like a no-brainer. Instead of leaning heavily on flashy lights or the wild cases you see on Alienware systems, Dell’s lineup of affordable gaming laptops and desktops, all with starting prices well under $US1,000 ($1,301), were focused simply on delivering high quality graphics at full HD without needing to spend a ton of money.

However, one thing that never really seemed to fit was the Inspiron tag, which has largely been the home for uninspiring mainstream PCs aimed at students and small business as opposed to anything gaming related. That’s why, in addition to adding new models and configurations to family, Dell gave its low-cost gaming line a new name: the G-Series.

Available in 15 and 17-inch sizes, the G-Series family will come in three different tiers: the base G3, the mid-range G5, and the high-end G7.

On the outside, these systems are pretty plain, but in my short time with them, they did feel quite solid. Unlike Dell’s other gaming brand Alienware, there’s no configurable RGB lighting built into the cases and keyboard of G-Series systems. Instead you’ll get a choice of red, white, or blue accents colours, so you better be sure you really like that colour before you buy.

Dell says it wanted to spend less time worrying about looks, and more effort providing useful gaming features like matte anti-glare displays and new front air intakes, which should help reduce fan noise and prevent thermal issues from impacting graphics performance. That said, Dell claims that at 3cm thick the 38cm G3 is actually the thinnest gaming laptop the company has ever made.

Aside from the new G-Series laptops, Dell also announced a few improvements to its other PC lines including updated 8th-gen Intel CPUs on Alienware laptops and the XPS 15, with the latter also getting a slight graphics boost thanks to a new optional Nvidia 1050 Ti GPU.

All of these revamped and rebranded laptops will be available in mid-April.