Catwoman The Movie Doesn't Deserve A Second Chance, But Catwoman Herself Does 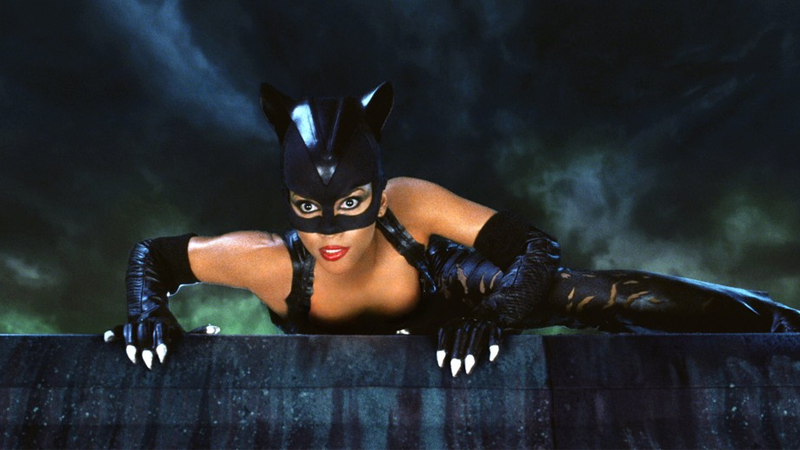 Catwoman is a terrible movie. Even one of the writers behind Catwoman wholeheartedly agrees with that sentiment. That's why, when Halle Berry says that the movie should get more positive consideration due to its part in bringing more diverse superheroes to the big screen, we're a little hesitant to agree. But there's one thing we can agree on: More Catwoman in general, please?

Berry called back to one of her most infamous movie roles while speaking at the GLAAD Media Awards yesterday, joking that it's time the world gave Catwoman, one of the last gasps of the flailing superhero movie genre before the likes of Christopher Nolan's Batman trilogy and Iron Man came along to revitalise it, a "goddamn chance":

Each story builds on the next. It's like that old saying goes: Behind every Black Panther is a great black Catwoman! You know, I've gotten a really bad rap for this role, and I think Catwoman deserves another goddamn chance, don't you?

Berry may be joking, of course, but ever since Anne Hathaway's version of Selina Kyle showed up in The Dark Knight Rises, DC's cinematic ventures have been awfully bereft of the exploits of Ms Kyle (soon to be Mrs Wayne, at least in the current comics).

This sucks, because if it's done right, a new take on Catwoman in this golden age of superhero movies could be pretty damn great. One that, you know, doesn't turn her into some weird, ancient Egyptian cat-powered lady fighting the evils of the cosmetics industry. 'Cause, you know. Cats. And women.

Not just because she'd be another female movie star the studio could add to its roster, but because she'd offer the DCEU the chance to tell stories that are so tonally different to what it currently gets to explore with its godlike superheroes (and the stories it's telling with its slightly-less-godlike-and-just-incredibly-beefy Batman).

Heists! Criminal underworlds! The thrill of the chase! The tussle between Selina's desire to be good or bad, no neck-snapping required! It's a section of the comics world that's barely touched upon in the films, so why not explore it with such a wonderfully complex character as Selina has proven herself to be in the comics?

The time for another cinematic crack of the Catwoman whip is nigh, as long as we acknowledge that, unfortunately, the 2004 movie will always suck. Sorry, Halle.