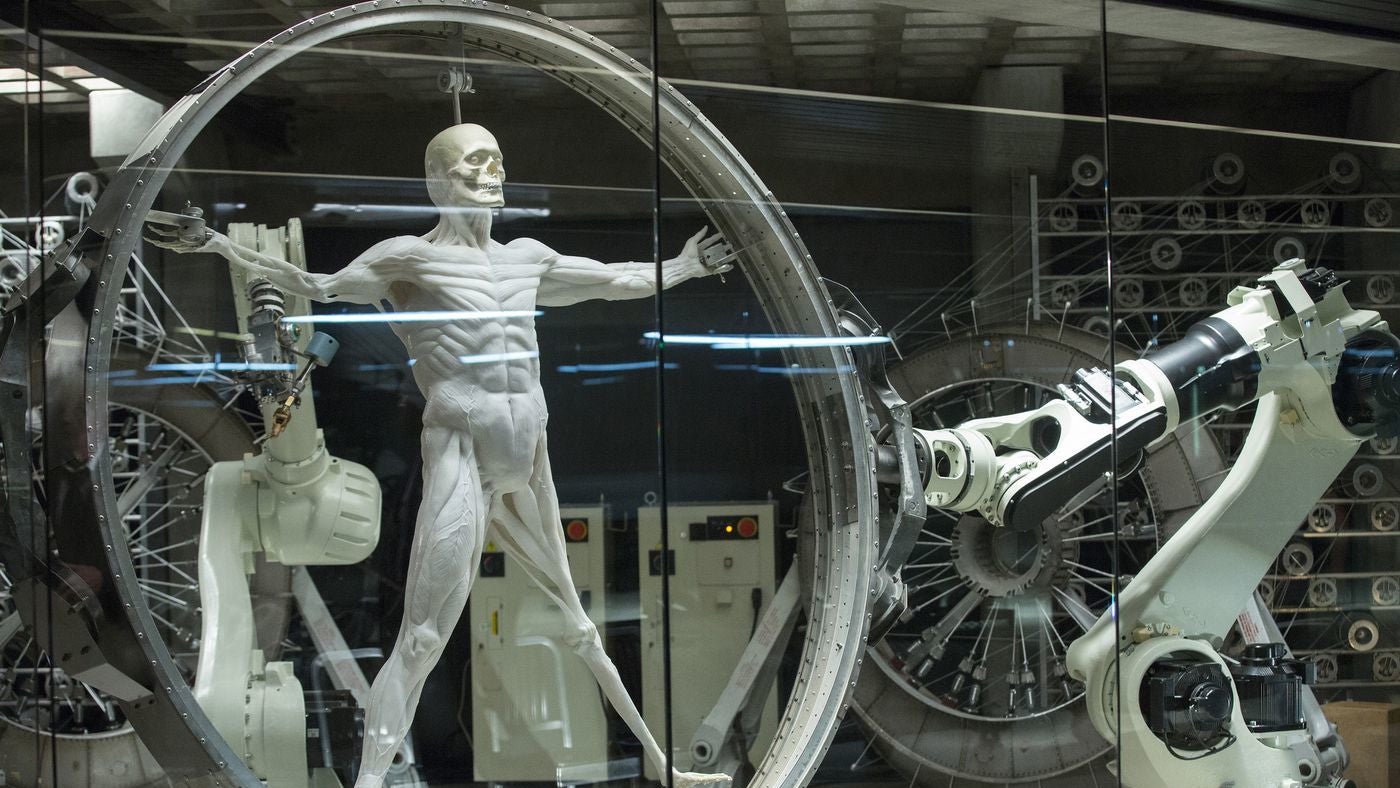 Given that the first season of Westworld‘s puzzle-like plot was designed to keep audiences guessing up until the finale, it’s unsurprising that a vibrant community of fan theorists quickly sprung up to unpack the show’s many mysteries.

One of Westworld’s hosts in the process of being assembled. Photo: HBO

Westworld co-creators Jonathan Nolan and Lisa Joy are well aware of the fandom (particularly the show’s Reddit community) that instantly became a large part of what made watching the show so much fun. Speaking at this year’s SXSW, the collaborators said that they recognised the work Westworld‘s fandom has done to turn the show into an experience, and Nolan revealed that they’re working on plans to engage with fans to help shape the new season:

There are lot of theories about Westworld‘s first season that proved to be plot twists. I think for every fan theory, we actually had an episode that dealt with it.

We’re figuring out how to sort of interact with that in the second season. A somewhat controversial plan that we’re working on; we’ll have an announcement about it in a couple weeks. It’s incredibly gratifying to see people put that much work – not just into deciphering the season, but the fan art and music. The creativity you see coming back at you when you’re making one of these things is extraordinary.

Neither Nolan nor Joy specified just how this engagement is going to function and whether the fan theory community’s input will actually be able to influence the show as the season is airing. But from the sounds of it, you might want to start working on your ideas now before Westworld returns on April 23.