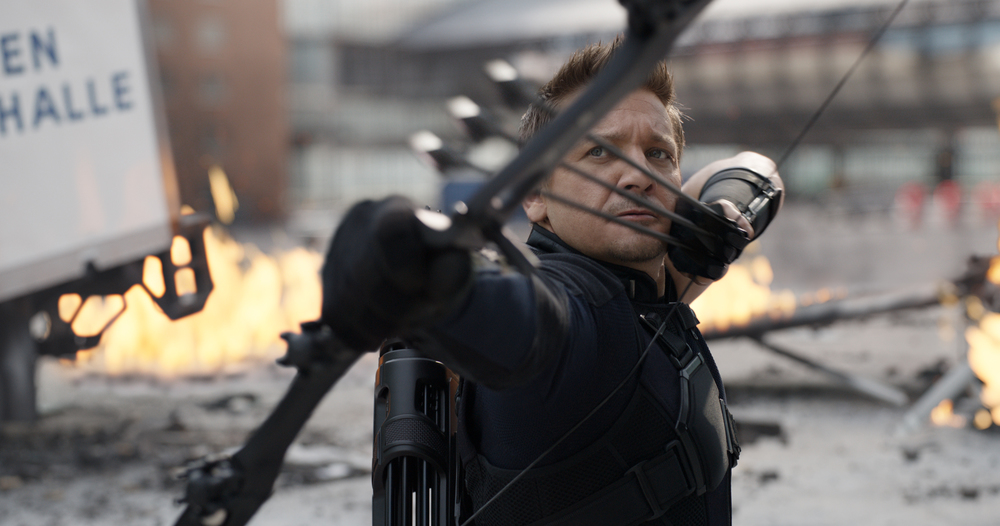 With two major trailers out for Avengers: Infinity War, and only a scant few weeks to go before the film’s release, a vocal subset of fans have a pressing question. Where’s Hawkeye?

According to a (questionably canonical) Civil War tie-in comic, the archer avenger is retired, but the invasion of the earth by malevolent aliens seems a pretty compelling reason to return to the super office. So where is he? What do the Russo brothers have planned for Renner’s elusive character?

To make up for the lack of Hawkeye in Infinity War‘s promotional materials up to this point, artist Boss Logic has created the all-Hawkeye-all-the-time cut of the movie poster that we didn’t know we needed.

Get ready, Thanos. He’s got arrows. Lots and lots of arrows.

Hawkeye (and Antman, actually, if you look closely) here to save the day. That’s a movie we’d watch.

For their part, the Russos insist that Hawkeye is around, somewhere, anyway, saying to Cinema Blend that “Hawkeye’s on his own journey in this film.” Whether that journey will actually, y’know, take him on screen is another question, I guess.