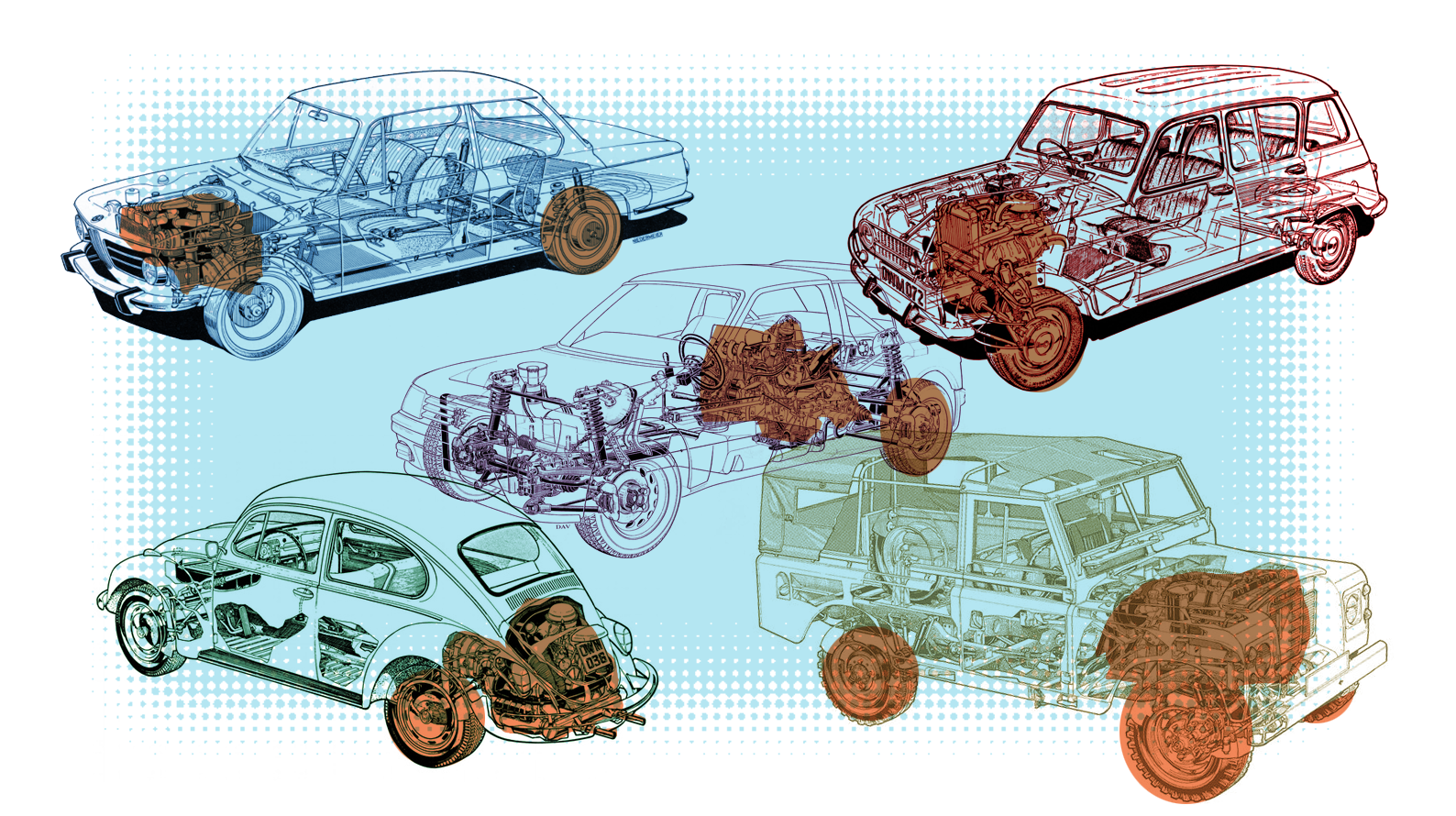 There’s a lot of ways to make cars. You can stick the engine in the front, middle, or rear, you can drive two or four wheels, front or rear, and all these with all sorts of combinations. Lately, you can shove batteries and motors somewhere, too.


Mostly, though, carmakers stick to just a one or two fundamental layouts. As of this writing, in the year of our car-lord 2018, there seems to be only four companies that make and sell every major layout.

I said “only” four, but, really, I’m kind of surprised there’s that many, really. It’s also worth noting that I’m talking about automotive companies that are larger groups: there’s no one single badge/marque/brand around that makes every layout.

Bonkers stuff like rear-engine/front drive I won’t bother with, and even though I believe in it, I won’t separate front-mid/rear drive from front/rear for this particular chart.

At least one company came so close to making the list: Mercedes-Benz almost made it, thanks to their rear-engined Smart cars, but they don’t currently have a mid-engined car on sale at the moment. The Mercedes-AMG Project One isn’t on sale yet, but if it were, Benz might be here too.

Some of you may give me guff for the i3’s inclusion here, but I think a rear-mounted electric motor counts, and, besides, if you get it with the range-extending gas engine, it gets stuck in back.

So, with that in mind, here’s the four companies that produce and sell cars in all five major layouts: 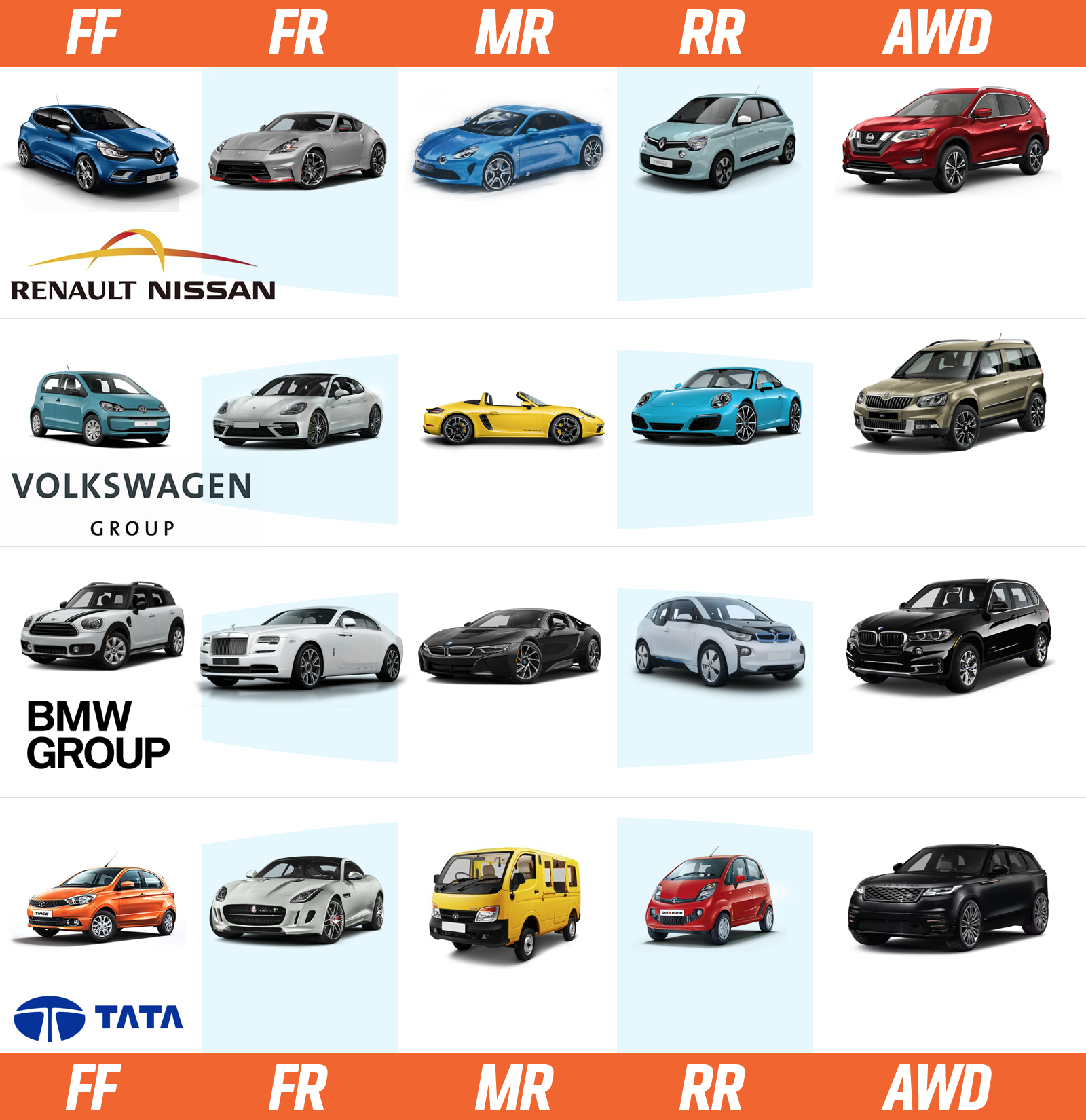 Who makes the most variety of them? Definitely the Volkswagen Group. The cars we included are just a couple representatives of its hugely diverse lineup, but VAG makes a ton of supercars, luxury cars, sports cars, compacts and SUVs.

One of the big keys to this list is the existence of a rear-engined car: Aside from Tesla and Smart, I think these are all the available rear/rear cars out there. VW has that locked with the Porsche 911, obviously.

It’s also worth noting that Renault comes closest to being the individual marque to hit all the categories, but I don’t think they offer a front/rear car, though they do if you get into their larger trucks.

I’m sort of disappointed to not see Fiat on the list, since back in the day they made pretty much all of these layouts. Oh well. Maybe the next 500 will put the engine back in the right place.