The Story Behind Annihilation’s Most Terrifying Creature Is Equally Horrific 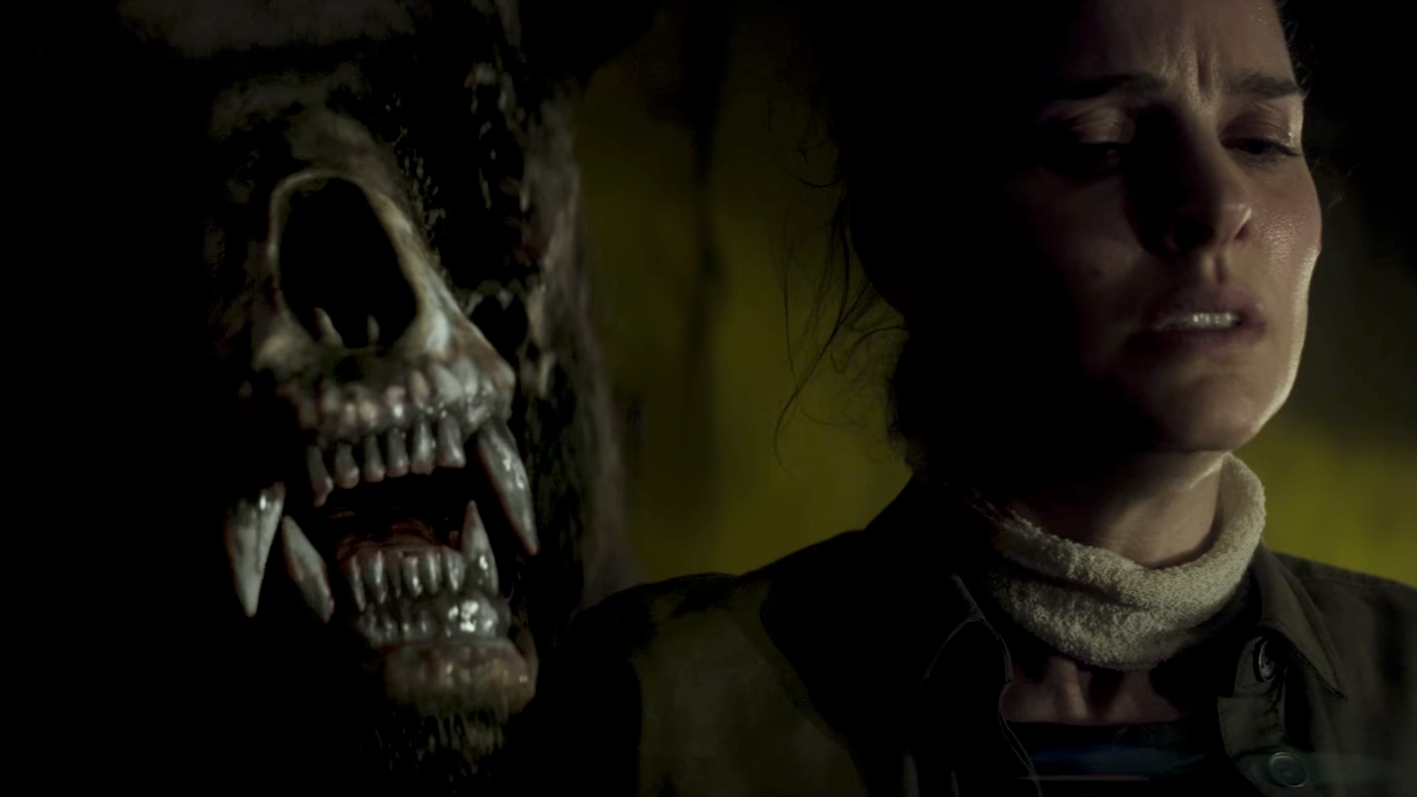 Though you aren’t given much information about just what many of the strange, mutated creatures in Alex Garland’s Annihilation are, the film gives most of them enough time on screen to let you draw some logical conclusions.

But one of the deadliest monsters lurking in the Shimmer – it ultimately ends up killing one of the scientists — only appears at night, and is barely in the camera’s focus long enough to let you know that it’s big and hairy and has huge fangs. In an interview with The Verge, visual effects supervisor Andrew Whitehurst detailed the complicated process of conceptualizing what the creature would look like, and which real-world animals helped inspire that final, stomach-churning design.

Though the creature was originally meant to be somewhat based on a water bear, Garland and Whitehurst went about designing it in a way that truly demonstrated the mutating, and ultimately corrupting, influence the Shimmer had on it:

“We knew we were going to try to suggest the idea of the mutation causing sickness, but also causing pronounced physical change and transformation, which was true for most of the creatures. We wanted to suggest the idea that some of [Tuva Novotny’s character] Sheppard’s DNA is somehow added into the bear, and maybe other humans it has encountered previously are part of it also. So we were struggling to come up with a clear visual way of describing that. One of the concept artists, in a piece of 3D software, got a scan of a bear skull and a scan of a human skull, and literally just mashed the two together. We looked at that and went, ‘Yeah, ok, that’s horrible. That’s gonna work.'”

Mashing up a human skull with a bear skull is a horrific enough idea all on its own, but Whitehurst went on to explain that because the design team was so pleased with how aerodynamic the skulls of polar bears are, they set about finding a way to justify exposing the creature’s cranium. And Whitehurst decided “get rid of the adorable, wet juicy nose, and all the fluff” on Annihilation‘s bear after doing more research about skin diseases in the animal kingdom:

“So we then pushed the idea that the sickness of the creature has either totally atrophied the flesh off its face, or there’s just a thin coating of skin over the skull. That then transitions back into a more naturally skinned bear-creature. When we were going through our reference collection process, we found an image of a baboon that I think had alopecia or vitiligo or both. It had mottled skin and was only partially furred, and even though it was actually apparently fairly healthy, it looked odd and uncomfortable. So we took that as an idea.” 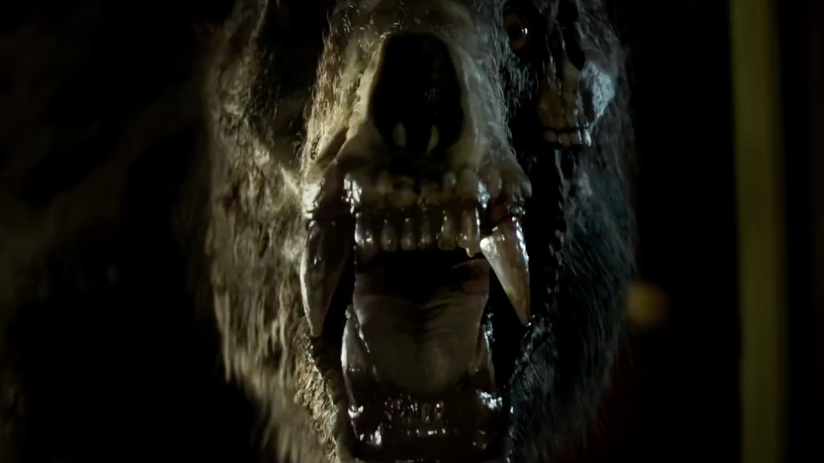 It’s fascinating to wonder what might have become of the world in Annihilation if the Shimmer were allowed to continue expanding and transforming the genetic codes of all living things on the planet. Though the creatures like the skeletal bear may not have been well-positioned or biologically engineered to survive very long, there’s no telling what the creatures born from it might have evolved into. Perhaps they’d be even more terrifying.