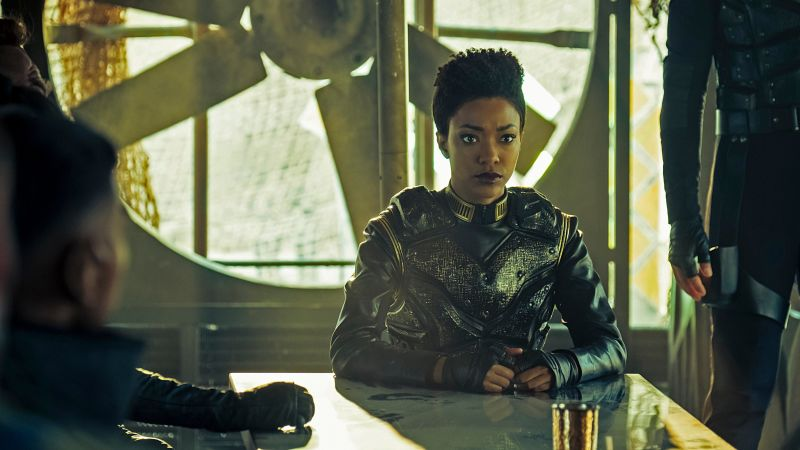 One of the most noted, and most controversial, changes of Star Trek: Discovery was its shift away from the series’ traditional monster/science-problem/God-starship of the week setup to a storytelling structure that, if not as tightly plotted as many prestige shows, was still pretty strongly serialised.

According to Leslie Moonves, the CEO of CBS, this was a direct result of Discovery‘s actual most controversial decision: the network decision to put the program exclusively on CBS All Access, a paid online streaming platform owned and operated by the network.

Speaking at a conference in San Francisco, Moonves talked about All Access and how Discovery fit into the network’s strategy for it, saying, as quoted by Trek Movie, “Star Trek could have gone on CBS, it could have gone on Showtime, it could have gone directly to Netflix instead of just international, for a lot of money. There is a distinction. The Good Fight is a spin-off of a successful CBS show. It is sort of different on All Access, they can be serialized. On CBS we try to avoid that generally. Network television generally works better when it is not serialized.”

That last assertion, that network television shouldn’t be serialized, and that this judgment is what allowed the online-only Discovery to take a more serialised format, is an interesting one. Over the past decade, serialized television has experienced a renaissance, starting on network TV with shows like Lost before becoming the default mode of storytelling for a wide swath of television across all types of platforms. It’s telling of CBS’s broad strategy, and its place in the TV landscape, that serialisation is generally still frowned upon on the broadcast level, at least according to Moonves.

If a serialised Star Trek appeals to you, then now there’s at least one reason to be happy about CBS All Access. Otherwise, just something else to blame the platform for.