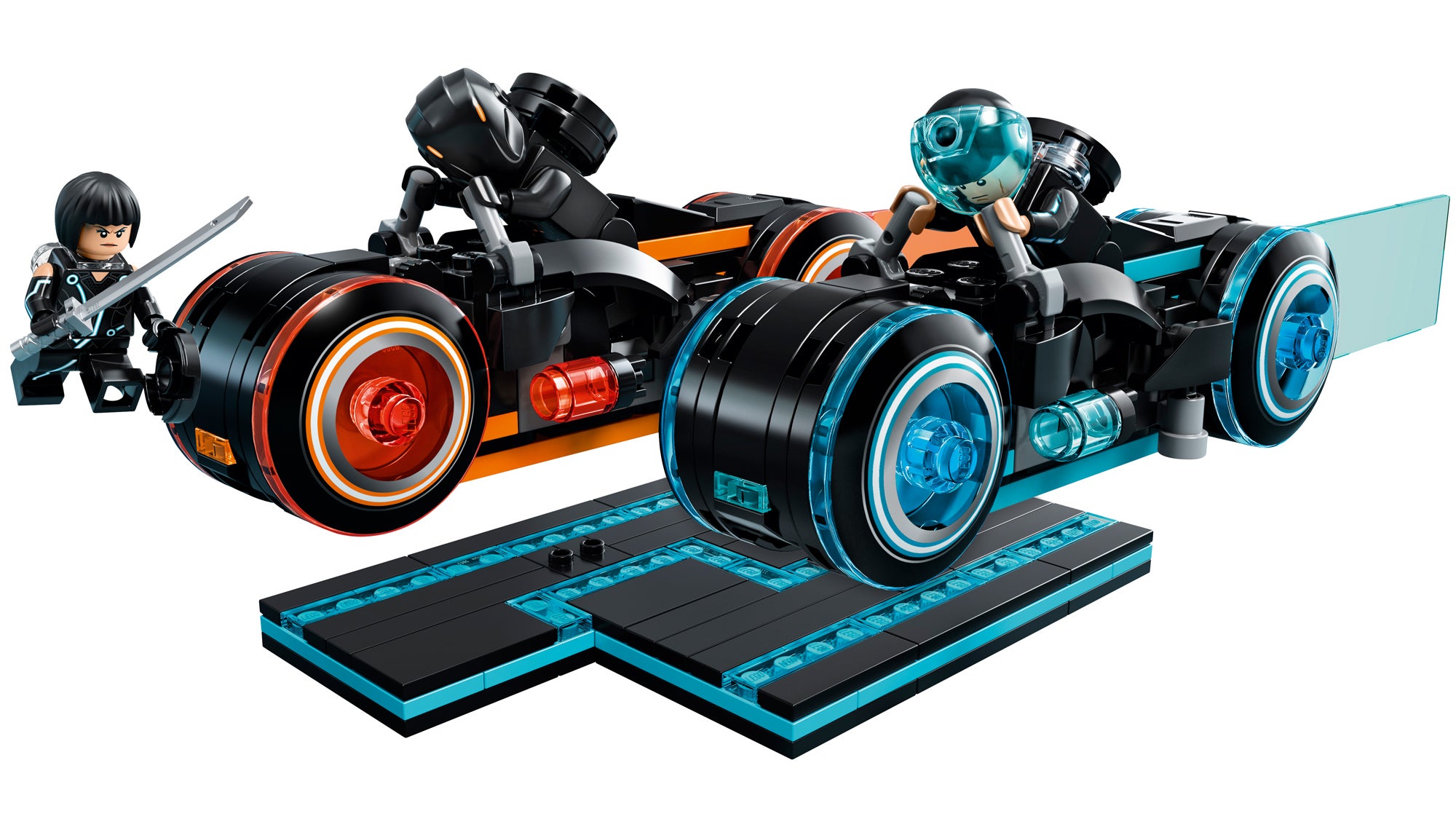 More toymakers should take a page from Lego’s book and let fans contribute fun and creative ideas. The Lego Ideas site has delivered some of the most desirable sets of the past few years, and next to your brick-built Ecto-1 and time-travelling DeLorean, it’s finally time to make room on your shelf for Lego’s new Tron: Legacy light cycles set.

Originally approved for production back in late November of last year, the light cycle design that BrickBros UK submitted to the Lego Ideas site looks significantly updated and streamlined by Lego’s own designers for the production version of this set. But the changes certainly seem to benefit fans of Tron: Legacy, as the set now includes two light cycles, and three minifigure versions of Sam Flynn (Garrett Hedlund), Quorra (Olivia Wilde), and Rinzler (Anis Cheurfa), complete with identity discs.

At just 230 pieces when available starting on March 31, Lego’s Tron: Legacy set is certainly on the smaller side, but it still packs a satisfying amount of detail into each light cycle and includes a display-friendly base because at some point during the day you’re going to have to stop playing on the grid and get some work done.