When affordable 3D printers first hit the market, many predicted the machines – inspired by Star Trek’s replicators – would change the world as we know it. Many years later, the world doesn’t feel all that different, but now that I can shower under a water-spewing decapitated dragon, I’m declaring 3D printers humanity’s greatest innovation. 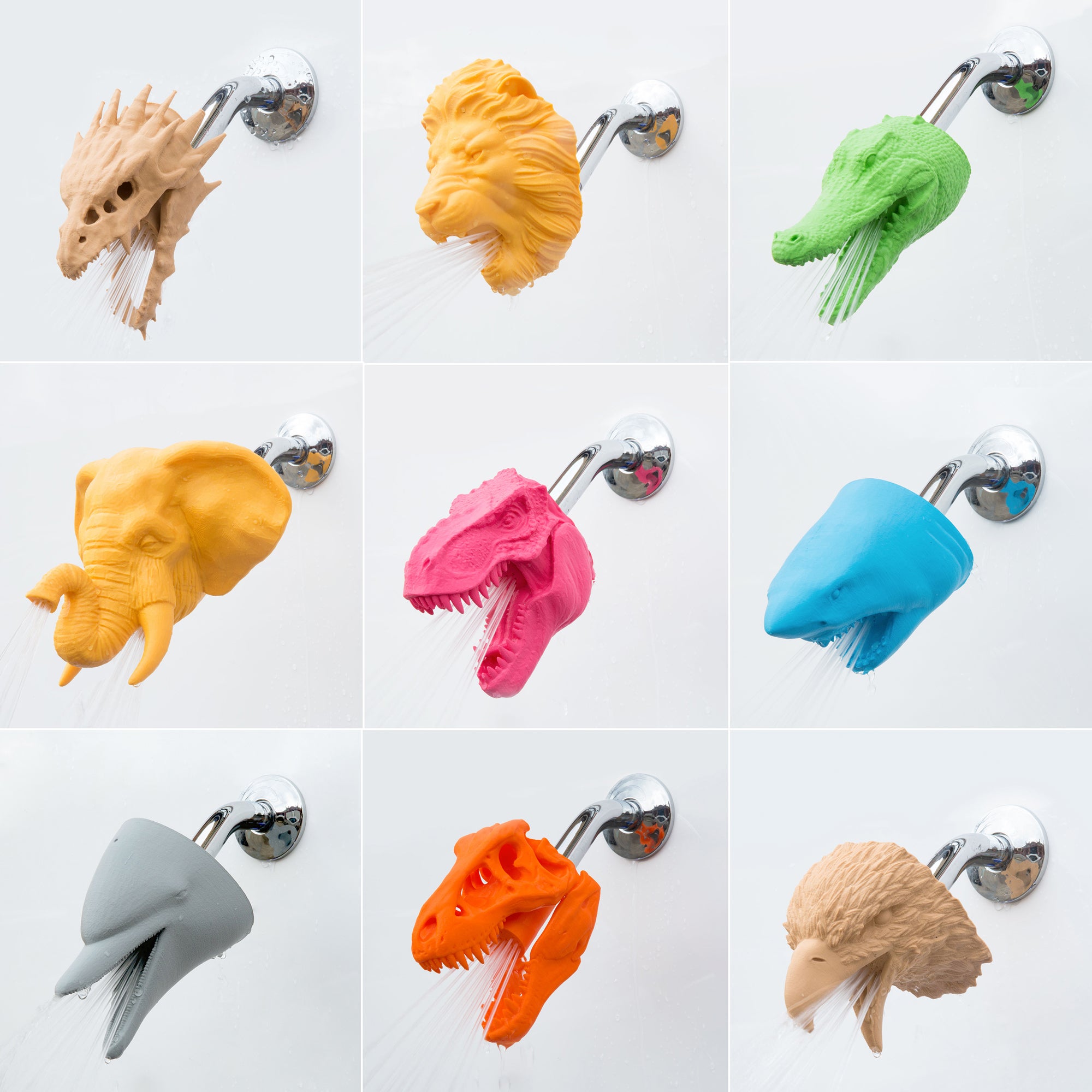 Back in 2014, we saw the first synergy between 3D printing and personal hygiene with a plastic T-rex skull shower head you could download from Thingiverse and print yourself. But if four years later you still don’t own a 3D printer (like most of the rest of the world) a company called Voodoo Manufacturing has created an entire line of novelty, animal-shaped shower heads you can just buy.

Available in almost any colour you can think of, including a glow-in-the-dark option if you like showering at night with the lights off (it helps hide the tears), the simple design of these shower heads means you can’t adjust the spray pattern. There’s also no massage option for when you’re feeling sore, but they’re easy to screw-on and install, and because they’re made of plastic, they’re never going to corrode or rust.

The Zooheads lineup includes the T-rex skull (and an optional flesh-covered alternative), sharks, gators, elephants, dolphins, lions, bald eagles for you patriotic types, and, the obvious star of the show: dragons.

There’s a dragon skull option that has more of a mythical feel to it, but for my money — and deep-rooted inexplicable fantasies — the detailed, flesh-covered dragon head is what I want to stand under every morning while I contemplate the many ways I could have more responsibly spent $US30.